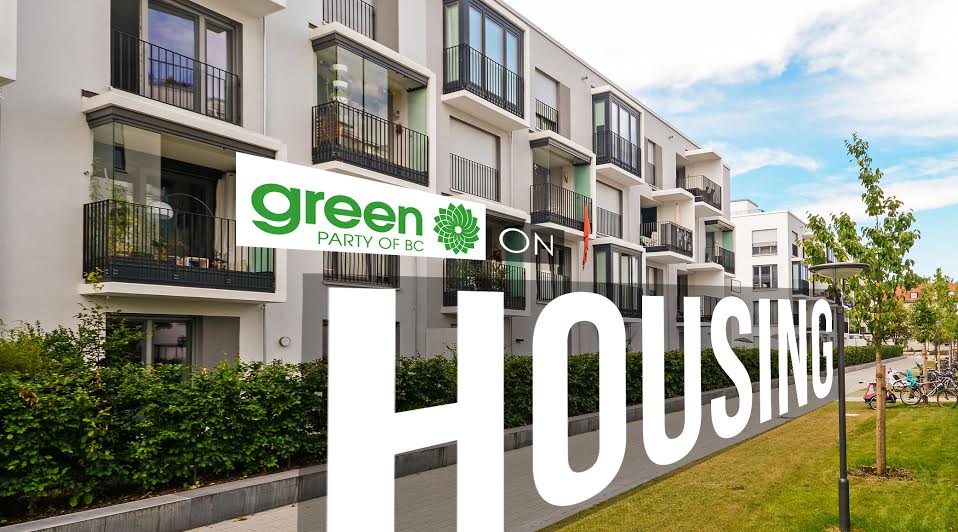 As we head towards the BC Election on May 9, there’s no doubt housing–or lack thereof– is one of the biggest issues Vancouver is facing.

All three parties have their own plan to deal with housing. Here’s what the BC Greens told Daily Hive about their strategy.

“Runaway home prices in Metro Vancouver have left many people facing an unfair reality where they cannot afford to live in the communities they grew up in.

“For low income people, affordable rentals are increasingly impossible to find. Many residents are facing extreme rent hikes and renovictions by opportunistic landlords.”

As such, the BC Greens say their affordable homes strategy “recognizes that the primary purpose of housing must be to provide homes first, and a means of investment second.”

So, if elected, the BC Greens are planning to invest up to $750 million per year to build 4,000 new units of affordable housing every year.

For renters, their strategy includes legislating to stop renters from having their leases ended just so landlords can increase the rent.

The Greens also plan to give renters at risk of renovictions first right of refusal to return to their suite after renovations.

Resulting rent increases must be reasonable, approved by the residential tenancies branch, and based on actual costs incurred.

Meanwhile, under the BC Greens, developers carrying out demolitions would have to reinstate some lost affordable housing in new developments.

Renters suffering demovictions would be given first refusal on those new developments, where rent affordability would be monitored.

The BC Greens are also planning to comprehensively “rethink” zoning to make it easier to build affordable housing.

They would also protect existing social housing and reduce operating costs by investing $100 million annually in retrofits and renovations.

As well, the BC Greens plan to include private rental properties in BC Housing’s portfolio of affordable accommodation.

For property owners, the BC Greens plan to hike taxes for foreign buyers and speculators.

The BC Greens would double the foreign buyers’ tax, expanding it across BC, and introduce a new speculation tax to discourage property flipping.

They would also replace homeowner grants with an income-based grant in 2019, potentially saving up to $500 million every year.

The BC Greens also pledge to work with the federal government to end money laundering and international property speculation.

However, they plan to make property transfer tax more progressive, with annual potential revenue of up to $400 million.

Under the BC Greens, property transfer tax rates would start at 2% for property worth between $200,000 and $1 million.

There would be no property transfer tax on the first $200,000 of a property’s value.