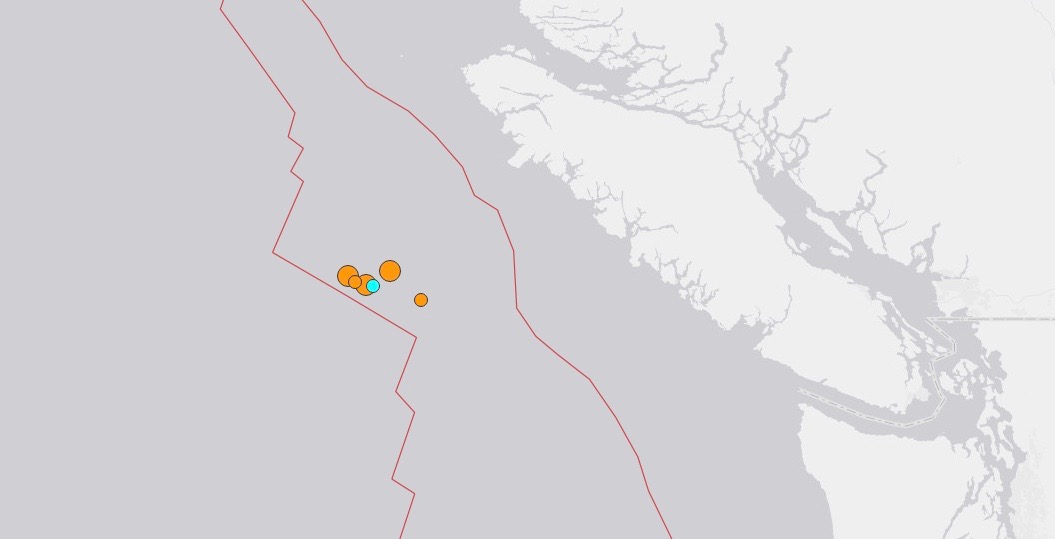 Last night, reports came in of three earthquakes of a 6.5 magnitude or higher occurring, all within an hour of each other, off the BC coast. A fourth earthquake took place at 11:36 pm PST, with a magnitude of 4.9 and a deeper depth of 17.8 km.

Since then, two more earthquakes have struck near the same area, on the Explorer seismic plate.

According to a tweet released by the US National Tsunami Warning Center, a government agency that monitors and issues tsunami information for the continental US and Canada, no tsunami is expected. They issued individual alerts for each event.

The second earthquake of the night was the largest in BC since the magnitude 7.8 that hit on October 27, 2012, in Haida Gwaii.