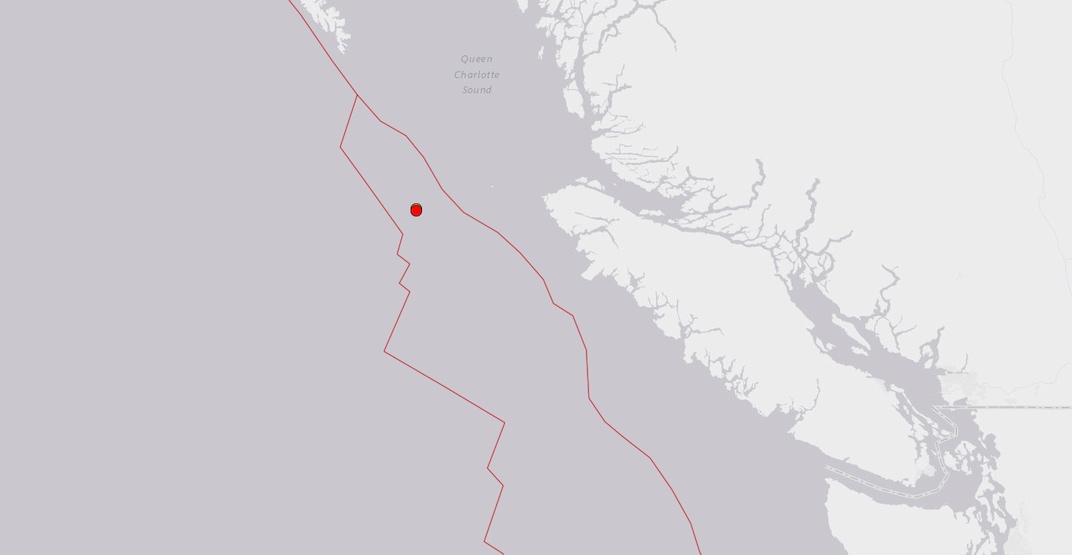 Another earthquake has struck the west of the coast of Vancouver Island, the second sizeable seismic event this afternoon within a span of two hours.

At 4:34 pm PT, the US Geological Survey detected a magnitude 4.8 earthquake with an ocean floor epicentre located 344 kms west-northwest of Tofino and a shallow depth of only 10 kms.

This came after the magnitude 4.1 earthquake at 2:53 pm PT that struck the same location and had the same depth.

No damage is expected from either earthquakes given the magnitude and location.

On Sunday, February 10, a magnitude 4.2 earthquake was detected in the same area, which is on the Explorer Plate between two major fault lines.

Thousands of earthquake occur in British Columbia every year, but only a small fraction have a magnitude of 3.0 and over.