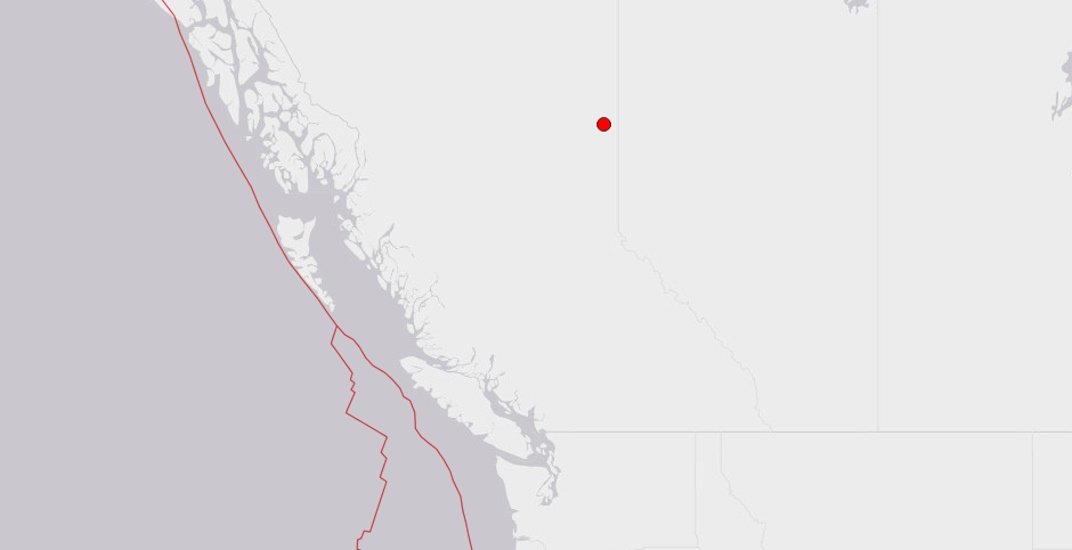 The US Geological Survey (USGS) has detected a magnitude 4.2 earthquake that occurred on Thursday afternoon.

According to the USGS, the earthquake struck at 5:27 pm PT in a location about 22 kms away from Fort St. John, 23 kms away from the Site C hydroelectric dam project, and just a few kilometres north of the Peace River.

The epicentre of the earthquake was also 49 kms north-northwest of Dawson Creek and 288 kms north-northeast of Prince George. Its depth was shallow at just 10 kms.

This was one of the strongest seismic events in the BC Interior in years, as most major earthquakes in the province occur near ocean fault lines off the west coast of Vancouver Island.

There are no known volcanoes in this part of the province.

In October, a series of sizeable earthquakes took place off the BC coast.