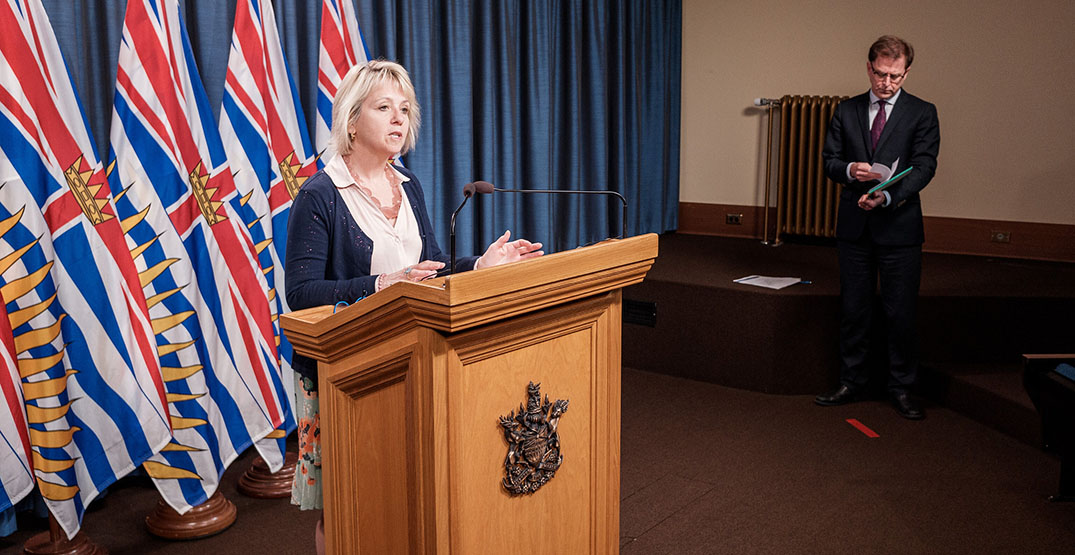 BC reported dozens more coronavirus cases over the weekend and a new community outbreak at a Fraser Valley blueberry processing plant.

Health officials were alerted to the outbreak at the fruit plant over the weekend and have already begun investigating.

There have been 81 new cases discovered since Friday, with 36 of them discovered between Friday and Saturday, 21 between Saturday and Sunday, and 24 between Sunday and Monday.

That number could stand to increase in the coming days, because 1,010 people are currently self-isolating in the province after being exposed to someone with the virus in recent days.

Henry also announced the number of visitors to vacation rentals and hotel rooms in the province will now be capped at five people.

There are now 264 active cases in the province, and 11 of those patients are in the hospital. Three of them are in the ICU.