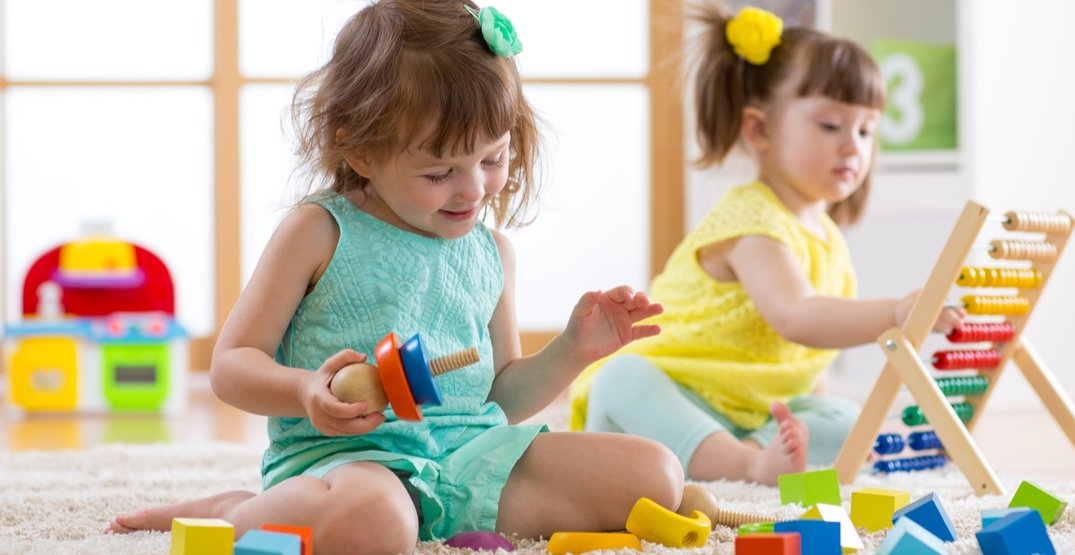 It’s not exactly the promised $10 per day childcare program, but it still is a major improvement that could make an impactful difference for families struggling with childcare costs.

As part of Budget 2018, which is also the BC NDP government’s first, the government has announced a sweeping plan to make child care more affordable – particularly for single parents and low-income families – and increase the number of childcare spaces.

BC Minister of Finance Carole James unveiled a plan today to spend more than $1 billion over the next three years on the province’s new Child Care BC program.

“Parents want quality child care that is safe and gives them peace of mind while they are at work,” said James during today’s budget speech. “For those parents lucky enough to find a spot, they struggle to afford high child care fees.”

“Businesses also feel the effects of unaffordable child care. They have told us that economic growth is being hampered. That when a parent can’t find child care, it means they lose a worker. Parents delayed from entering or returning to the work force impact our economy’s productivity.”

Changes to begin on April 1

The first changes, benefiting up to 50,000 families, will begin on April 1, 2018 when new fee reductions go into effect, with full-time childcare fees going down by up to $350 per month per space for infants and toddlers in licensed group programs.

As the fee reduction is scaled according to the child’s age and program, licensed family care for ages three to five will see a reduction of $60 per month per space.

There will also be a new affordable childcare benefit beginning in September 2018, which will provide low-income families making $45,000 or less with the full benefit to cover the full cost of care. Benefits will be provided to incomes of up to $110,000, with higher income earners receiving less.

It is anticipated up to 86,000 families across the province will have access to the childcare benefit by 2020.

With these new programs, a single parent with an infant and a wage of $45,000 could receive free childcare, assuming the cost of childcare aligns with Vancouver’s median fee of $1,250 per month. Close to 27,000 families will qualify for free or almost-free childcare.

Larger lower-income families consisting of two parents with two children – an infant and three-year-old – earning $74,000 will pay only $107.60 per month after receiving $1,942.00 per month of total benefits.

But these benefits and fee reductions alone are insufficient to address the province’s childcare situation, given that there is also a lack of childcare spaces.

In addition to the new government subsidy levels, the childcare program will create over 22,000 new licensed childcare spaces at a cost of $237 million over three years. To support the planned expansion, incentives to support the training of new childcare professionals will be introduced.