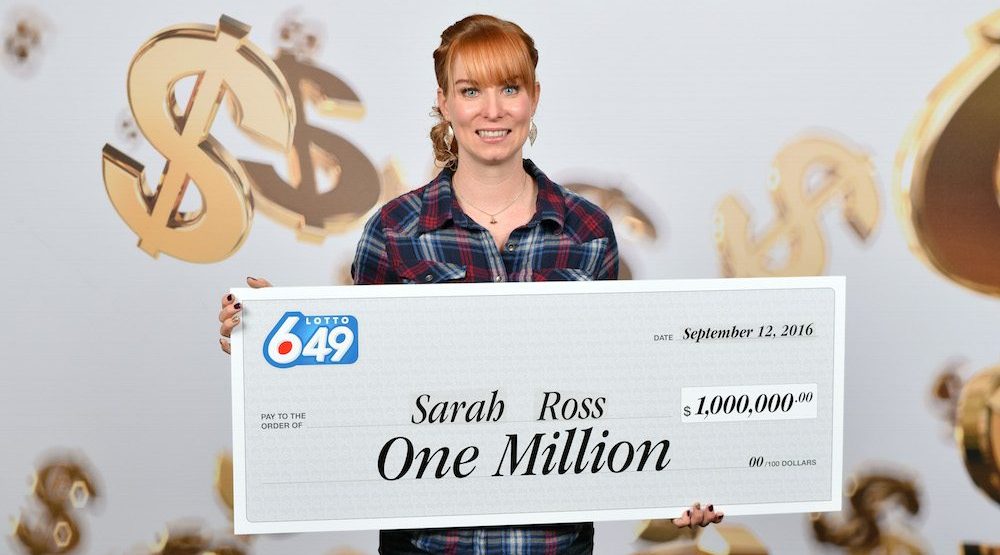 The summer of 2016 was one for the books for Sarah Ross.

Ross’ family’s home in Lumby – that’s a town near Vernon with a population of just over 1,700 – burned down, forcing them to live in a rental.

“It’s been an emotional time,” says Ross. “Our family and community have been so supportive throughout the summer. We’re very thankful.”

Her family’s luck changed, however, after Ross bought a Lotto 6/49 ticket at a Pharmasave in Vernon.

That ticket made Ross and her family $1 million richer on the September 7 draw.

“The first things I bought after winning Lotto 6/49 were stuffed animals for my kids,” laughs Ross. “This is exciting because when the time comes we can help them with university.”

Another woman in Kelowna recently won $1 million on a scratch and win ticket. Penny Hand said she’ll use her winnings to visit her mother whom she hasn’t seen in 13 years.