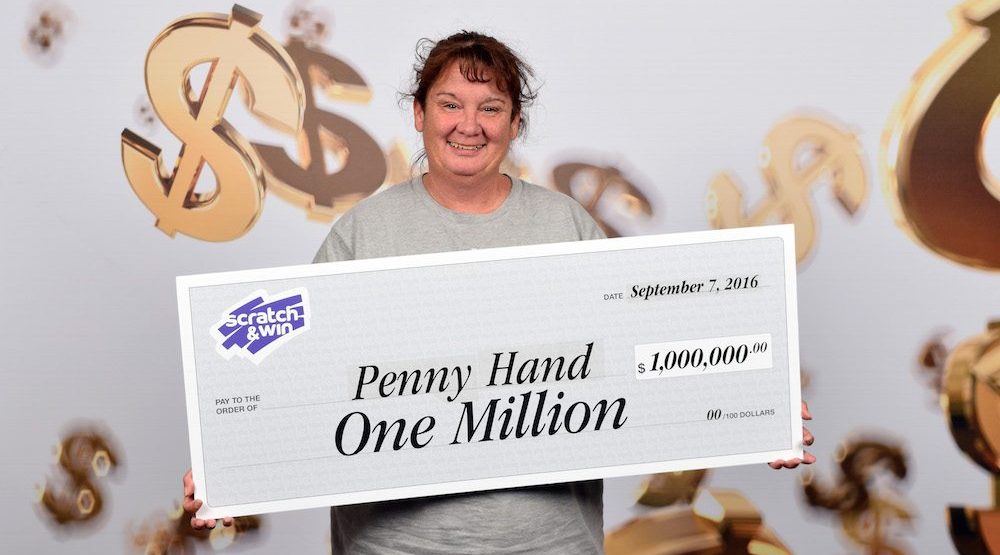 What would you do with a million bucks?

Penny Hand in Kelowna has this terrible dilemma on her hands after winning a cool million off a scratch and win ticket called 100X Multiplier. She collected her prize on Thursday and was all smiles on the podium as she posed for photos with her (numerically and physically) giant cheque.

The $10 scratch and win was recently introduced to the line of tickets BCLC offers, and Hand took home the top prize.

Her first purchase? A plane ticket back east to visit her mom, whom she hasn’t seen in 13 years.

“I’m debating if I should tell my mom about the win on the phone or surprise her at her doorstep,” she said.

She says other than that, she’s not sure what she’ll do with her winnings. Fair enough.

Hand is, however, going to take a week off from work.

“I told my boss I might be away for the rest of the week,” she says. “My boss asked why and I said ‘because I won a million dollars!’”

It seems the luck of British Columbians is picking up. A winning $21 million Lotto 6/49 ticket was recently sold in BC, and a Coquitlam man won $13 million in June with the same game.