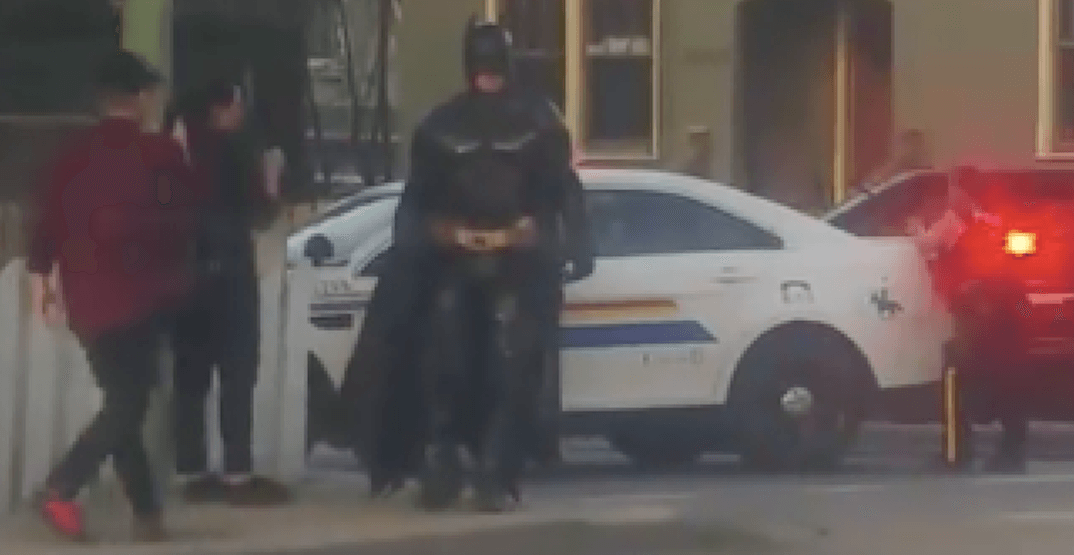 Batman at a crime scene in Kelowna, BC (Facebook screencap)

He might be the hero the city of Kelowna needs, but Batman is apparently not the one local RCMP want – especially when it comes to showing up unannounced at police incidents.

In a video posted to Facebook by Melissa Parent, the Dark Knight himself can be seen arriving at a police incident at a residence in the city.

According to Kelowna RCMP Insp. Paul MacDougall, police were responding to a domestic incident “where preliminary information indicated a firearm may be involved.”

He told Daily Hive that further investigation revealed that no firearm was involved and no charges were laid.

Still, officers were less than impressed by the Caped Crusader’s appearance at the scene.

“Situations like this are dynamic and subject to change very quickly,” said MacDougall. “The presence of ‘Batman’ or anyone else is an unwanted distraction and foolish as they are placing themselves at risk.”

As a general rule, MacDougall said that when a potentially serious scene is unfolding, the general public – Batman included – “should remain away from the area as they are putting themselves and the lives of the responding members in jeopardy.”