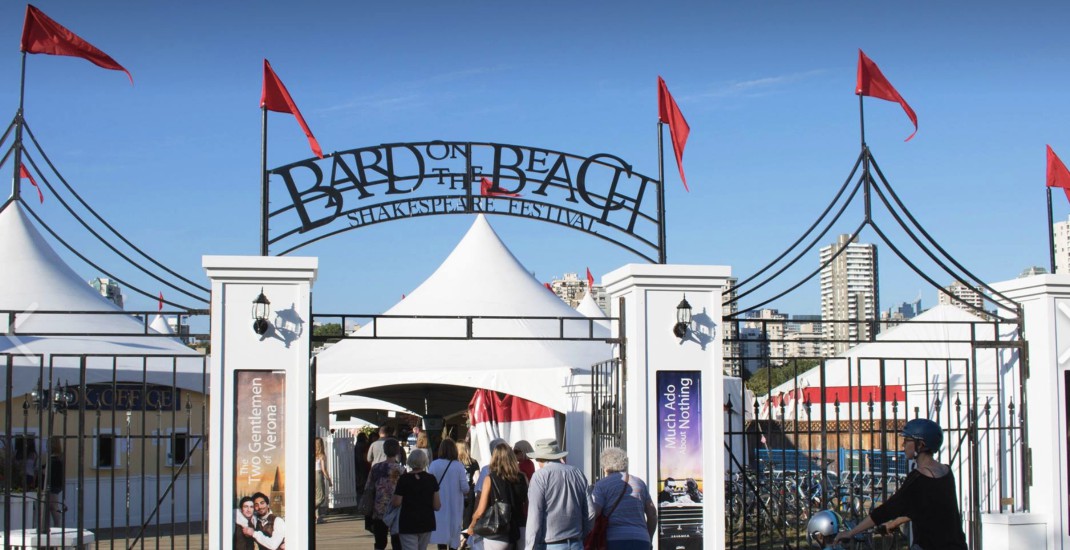 Get ready to see the festival’s familiar tents dotting Vanier Park as Bard on the Beach returns to Vancouver for its 29th year, running from June 6 to September 22.

This year, Bard on the Beach will open with one of Shakespeare’s most thrilling and most popular tragedies, Macbeth.

This production of Macbeth will be directed by Crow’s Theatre (Toronto) Artistic Director Chris Abraham in his directorial debut at Bard on the Beach.

Other plays to be featured for the 2018 season include As You Like It, Timon of Athens, and Lysistrata.

Some dates to note for this year’s Macbeth:

Ticket prices for all regular play performances start at $24.  The full performance schedule, site information, and play and special events details are on the Bard website at bardonthebeach.org. To book tickets, order online through the Bard website or call the Bard Box Office at 604-739-0559or (toll-free) 1-877-739-0559.