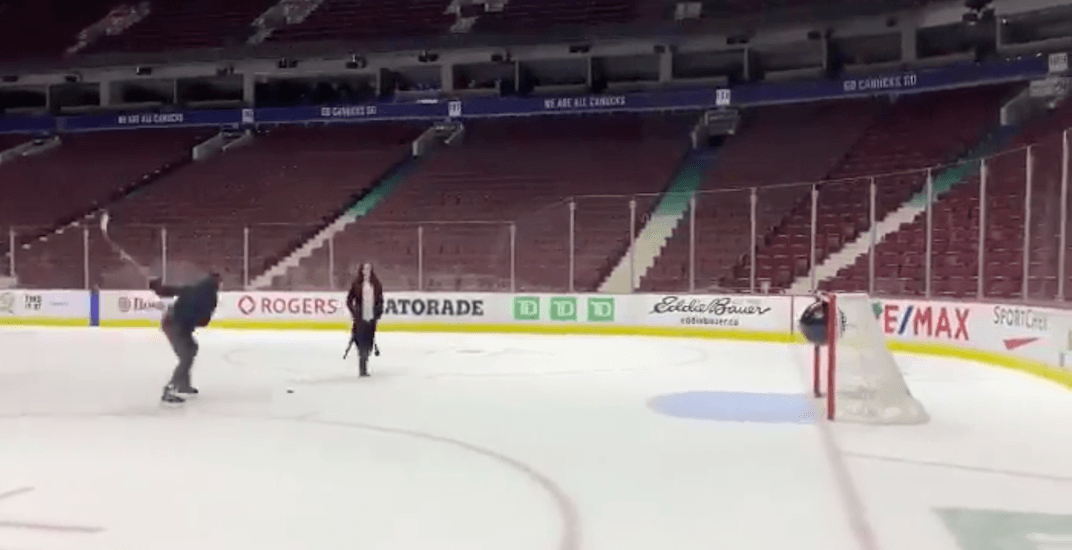 In front of more than 18,000 empty seats at Rogers Arena, Laura stood on the ice while husband Sven lined up like he was competing in the hardest shot competition at the NHL All-Star Game.

Baertschi hammered a slap shot on goal, breaking a bag of confetti to reveal the gender of their baby.

Judging by their reactions, they were quite pleased to see blue confetti:

Sven and Laura got married this summer in Oregon, near where Baertschi played junior hockey in Portland. 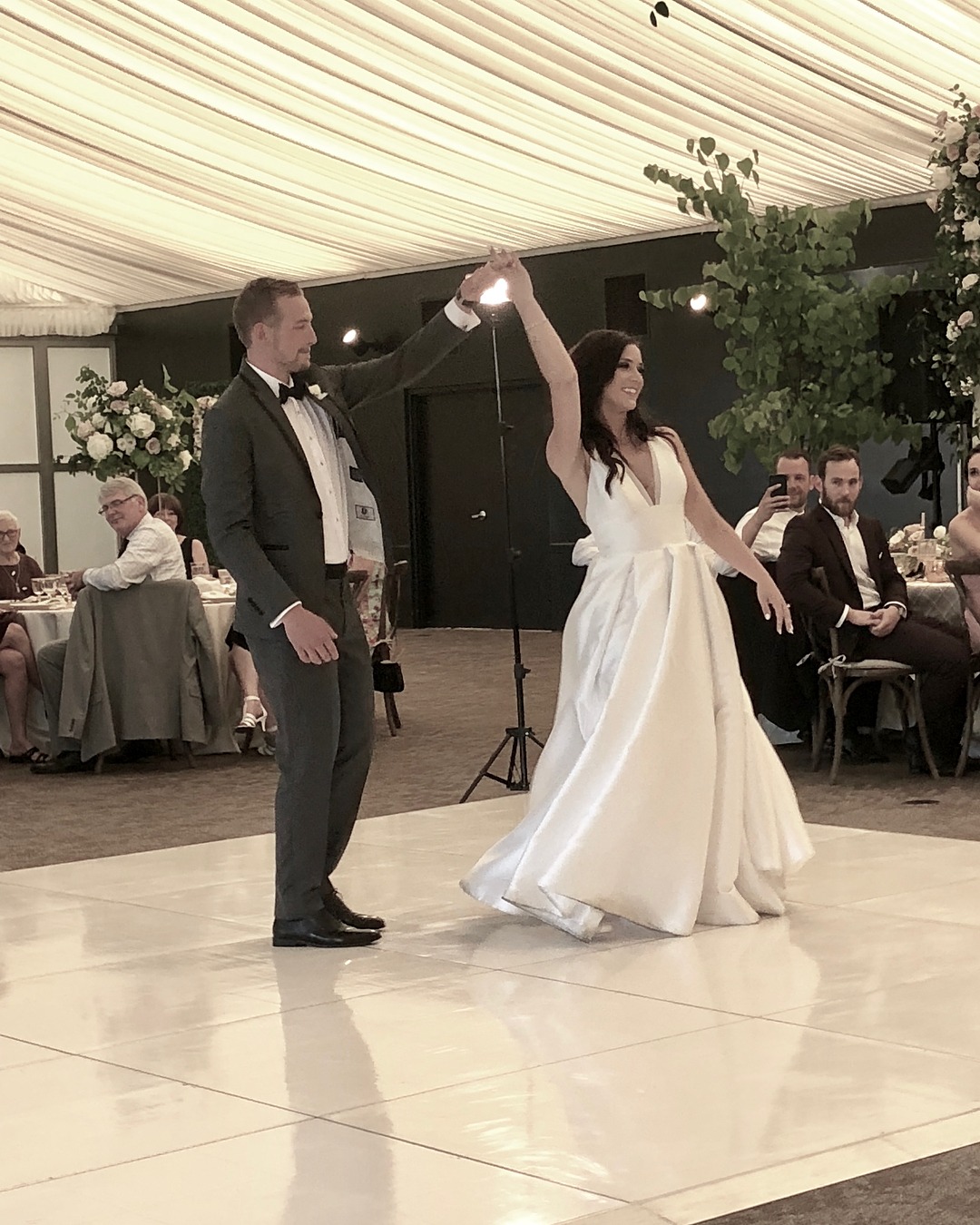 Baertschi hasn’t played a game in nearly two months, as he’s still recovering from a concussion he suffered in a game against the Vegas Golden Knights on October 24. He seems to be doing much better now, rejoining his teammates at practice recently.

He’s hopeful to return to the lineup after the Christmas break.

#Canucks Baertschi says he’s targeting the other side of the Christmas break for a return. First time he’s put a time frame on things. Says progressing every day. Still wants a few more full practices