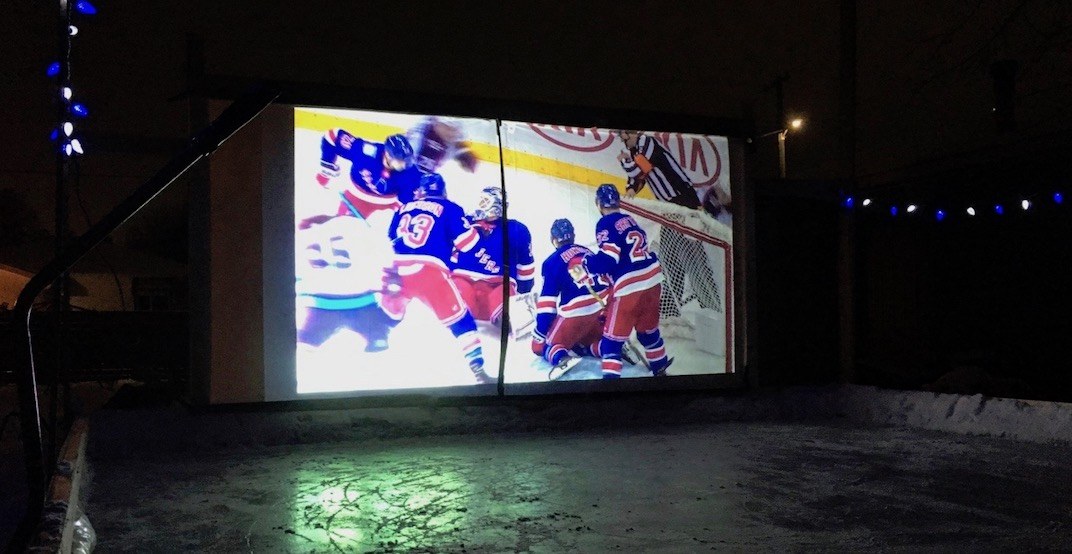 Few things are more festive than a backyard ice rink, am I right?

So it’s no surprise that a recent call-out for people to share their homegrown ice rink creations was answered loud and clear, and by Canadians in particular.

Just tweeted a few early submissions from yesterday. We want to see pictures of backyard rinks world wide. I hope you enjoy them as much as I do.

So whether you grew up with one, currently have one, are planning to create one, or just wish you could make one, check out some of these backyard beauties from across the country, and beyond!

Ayr, Ontario. Local rink gave us the extra lines to put into our ice. pic.twitter.com/RqyjbVzD6y

Here’s our outdoor curling rink before the rain came. pic.twitter.com/1BhjUfyw0c

Our backyard rink last year in Tecumseh, ON. pic.twitter.com/1D4IGkmilQ

1st time we’ve been skating in November in Ottawa. pic.twitter.com/dMuPbrlkIf

Our slab in Edmonton. pic.twitter.com/qaUZfLBH7C

Not sure how much longer before he outgrows it but he loves his rink! (Deux-Montagnes, QC) pic.twitter.com/Ix1eNONMpL

Pic from last year, no ice so far this year…come on winter!!! St. Thomas ON pic.twitter.com/uqm0ApP3nE

@DarrenDreger My first attempt at an ODR to get my 3yo out. We’re in Okotoks, AB. He’s loving it. pic.twitter.com/195eJQTkaK