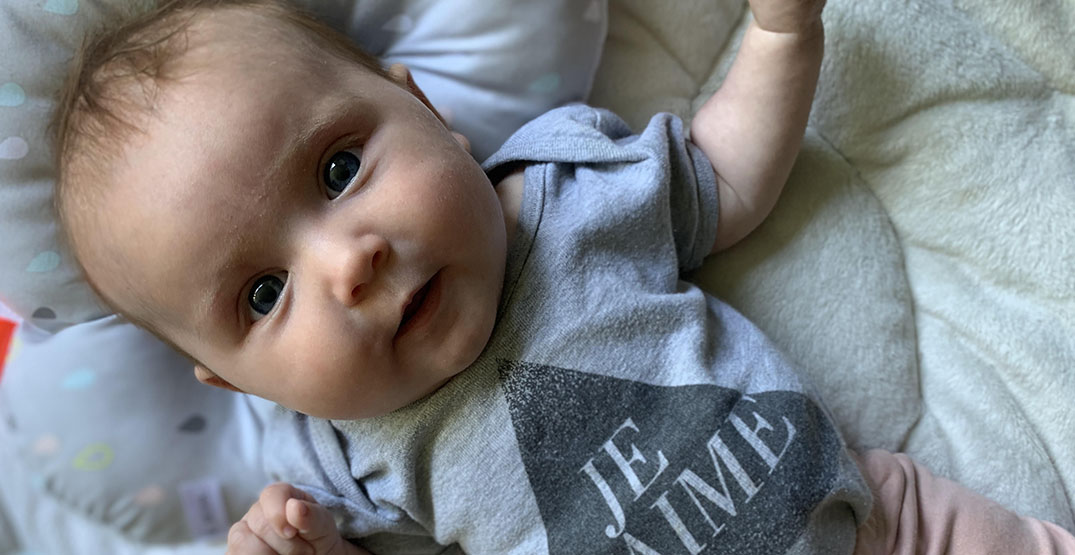 A Vancouver family is trying to save their daughter’s life, but the drug that treats her rare neurodegenerative condition is the most expensive in the world.

Baby Lucy was born on April 1 to parents Laura and Scott Van Doormaal, who also have a three-year-old son at home.

Lucy was diagnosed with Spinal Muscular Atrophy about two months ago, Laura told Daily Hive. It’s a terminal disorder, and Lucy has the most severe type. She’s not expected to make it past her second birthday without the lifesaving drug.

“Honestly it was absolutely devastating. It was heartbreaking. We began to grieve for her, for the life we imagined she would have,” Laura said.

The treatment that could help Lucy is Novartis’ gene therapy drug called Zolgensma that comes with a USD $2.1 million price tag — currently the costliest drug in the world. It’s approved for use in the US, Japan, and parts of Europe but isn’t yet available for use in Canada.

The drug would replace the genes that Lucy is missing and allow her to lead a much easier life, perhaps even allowing her to walk. Without treatment, Lucy’s most basic muscular functions including breathing and swallowing will deteriorate because of her condition.

The Van Doormaals knew they had to help Lucy, and they organized a GoFundMe to raise the CAD$3 million needed to import the drug. So far, they’ve gotten just over $1 million from friends, strangers, and celebrities. Vancouver actor Ryan Reynolds is on their donor list.

“It’s very vulnerable, putting your life story hopes and fears out there into the community,” Laura said. “It’s hard asking for help, especially [from] strangers. But we know it’s not something we can do alone.”

The drug is only available to children under two years old, and the sooner Lucy gets it the better her outcome will be.

In the meantime, Lucy gets milk through a feeding tube to protect her lungs, and she sleeps with a biPAP machine to make sure she gets enough oxygen.