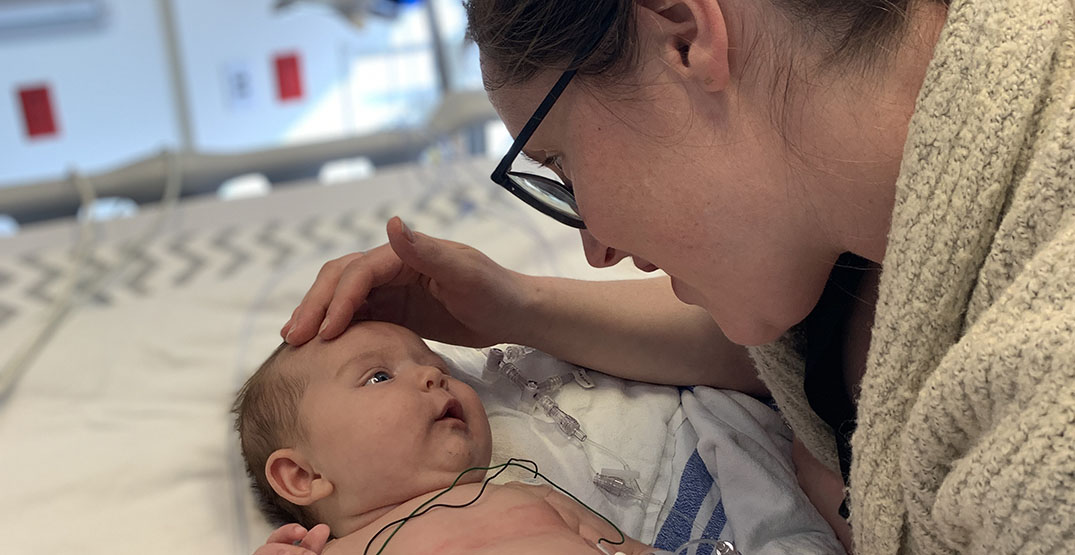 A fundraiser for a lifesaving treatment to halt a Vancouver baby’s terminal genetic disorder is so far the largest GoFundMe in Canada this year.

According to GoFundMe spokesperson Caitlin Stanley, the quest to import treatment for baby Lucy has garnered $2 million from donors in more than 80 countries so far, the most money raised by any Canadian campaign on the site in 2020.

Lucy’s parents are trying to raise $3 million to import Zolgensma from the US because the treatment is not yet approved for use in Canada. The drug is currently the most expensive in the world.

“It’s very vulnerable, putting your life story hopes and fears out there into the community,” Lucy’s mother, LauraVan Doormaal, told Daily Hive earlier this month. “It’s hard asking for help, especially [from] strangers. But we know it’s not something we can do alone.”

Lucy has spinal muscular atrophy (SMA) type 1, the most severe form for the disorder. Without the costly treatment, the disorder is expected to kill her by her second birthday.

Although SMA is considered a rare disease, there’s another baby not far from Lucy who has it too, and his family is also trying to raise $3 million for the pricy drug.

Baby Aryan from Surrey is nearly a year older than Lucy — he was born premature in in August 2019. His parents, Harpreet and Gaganpreet Deol, have so far raised $175,000 of their $2.8 million goal.

“We would all love for Aryan to live a long, healthy and happy life and we are ready to do anything it takes to make sure he receives the best medical care possible,” they say on their baby’s GoFundMe page.

Daily Hive has reached out to the family to hear more about their story.

Dr. Millan Patel, co-founder and chief medical officer of Vancouver-based Rare Disease Foundation, said that unfortunately the current pharmaceutical research and development system is costly to navigate, which can translate to prohibitively expensive drugs for patients with rare diseases.

“As a funder, if you’re in charge of the pharma budget, are you going to treat a hundred kids with a rare disease or take same amount of money and treat 40,000 people with mental health disorders? That’s the decision funders have to make,” he said.