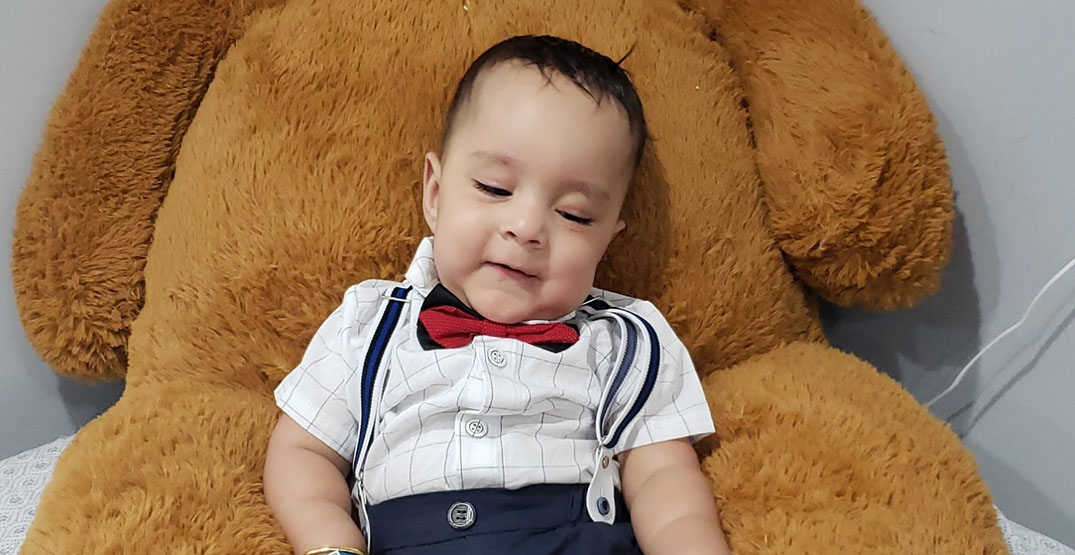 A Surrey family whose infant son was born with a rare neurodegenerative disorder announced this weekend they’ve raised enough money to pay for his treatment.

Baby Aryan was born with Spinal Muscular Atrophy, a gene defect that would have eventually killed him.

The only treatment that can stop it is a gene therapy called Zolgensma — currently the most expensive drug in the world.

Through an online fundraiser, Aryan’s family  raised almost $2.8 million, which is enough to import the drug from the US. It’s not yet approved for use in Canada.

“We can’t wait to see what the future holds for Aryan and we can’t wait for him to get Zolgensma,” his family wrote in a GoFundMe update on Saturday.

“From the bottom of hearts, we want to thank everyone who has supported Aryan in his fight. Without all of you, nothing was possible. We’re speechless, a simple thank you is not enough.”

The announcement comes the same weekend that a Vancouver family whose daughter has the same disorder also reached their fundraising goal. Baby Lucy is set to get her dose of Zolgensma in September.

Dr. Millan Patel, co-founder and chief medical officer of Vancouver-based Rare Disease Foundation, said that unfortunately, the current pharmaceutical research and development system is costly to navigate, which can translate to prohibitively expensive drugs for patients with rare diseases.

“As a funder, if you’re in charge of the pharma budget, are you going to treat a hundred kids with a rare disease or take the same amount of money and treat 40,000 people with mental health disorders? That’s the decision funders have to make,” he said.