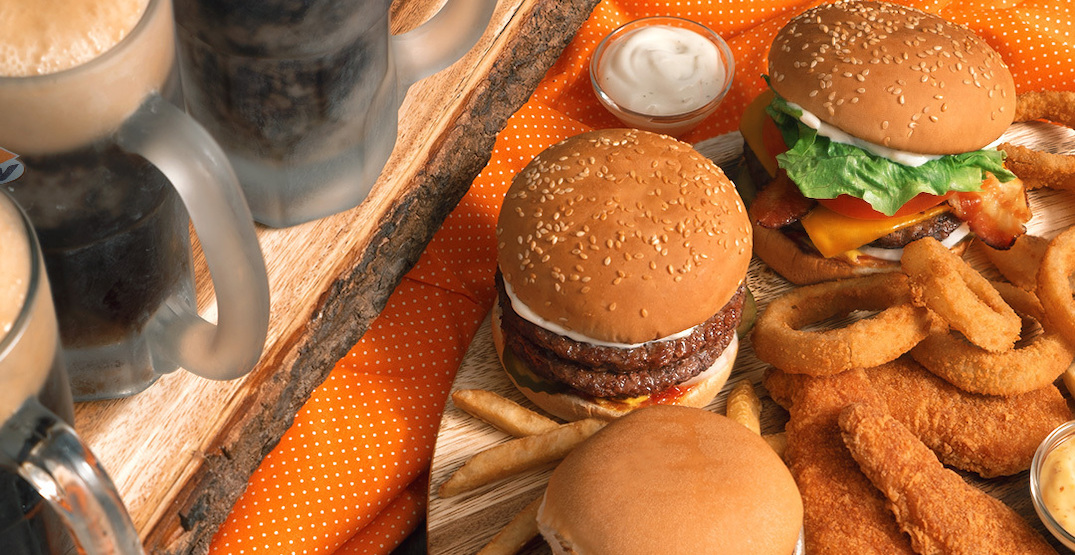 As part of a multi-year deal, A&W Canada has partnered up with the Toronto Blue Jays as the team’s official burger.

The new partnership will bring the two organizations together for the next three years. The announcement was revealed during the home-away-from-home Seattle series this past weekend, according to A&W.

“As a Canadian company, we’re so excited to support Canada’s Team as the ‘Official Burger of the Blue Jays.’”

This announcement might not come as a shock for many as A&W has been a sponsor of the Blue Jays’ High-A Minor League affiliate, the Vancouver Canadians since 2006.

“A&W is a natural choice for our burger partner,” said David O’Reilly, Director, Partnerships at the Toronto Blue Jays.

“Our organizations are both focused on making a positive impact in our communities, and we are both well-loved by Canadians from coast-to-coast-to-coast.”

Baseball fans can expect to see A&W increasing its presence at the Rogers Centre after the All-Star Break. The fast-food chain also has plans in the works to introduce a new collaboration in restaurants this summer.