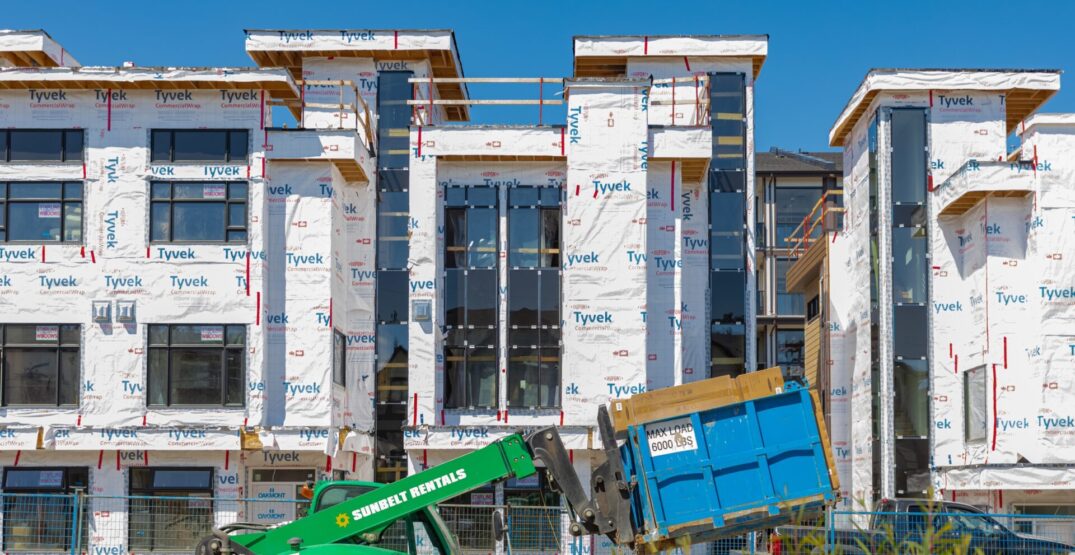 Metro Vancouver is amid the biggest rental average increase we’ve seen in 2022.

According to Vancouver-based rental listings site liv.rent, in July, the average rent for an unfurnished one-bedroom place in Metro Vancouver was $2,029.

Historically, August rental rates in Vancouver are often high. It’s ahead of back-to-school season, and university students are looking for housing. Also, liv.rent indicates that rising interest rates may have contributed to the dramatic rent increase. 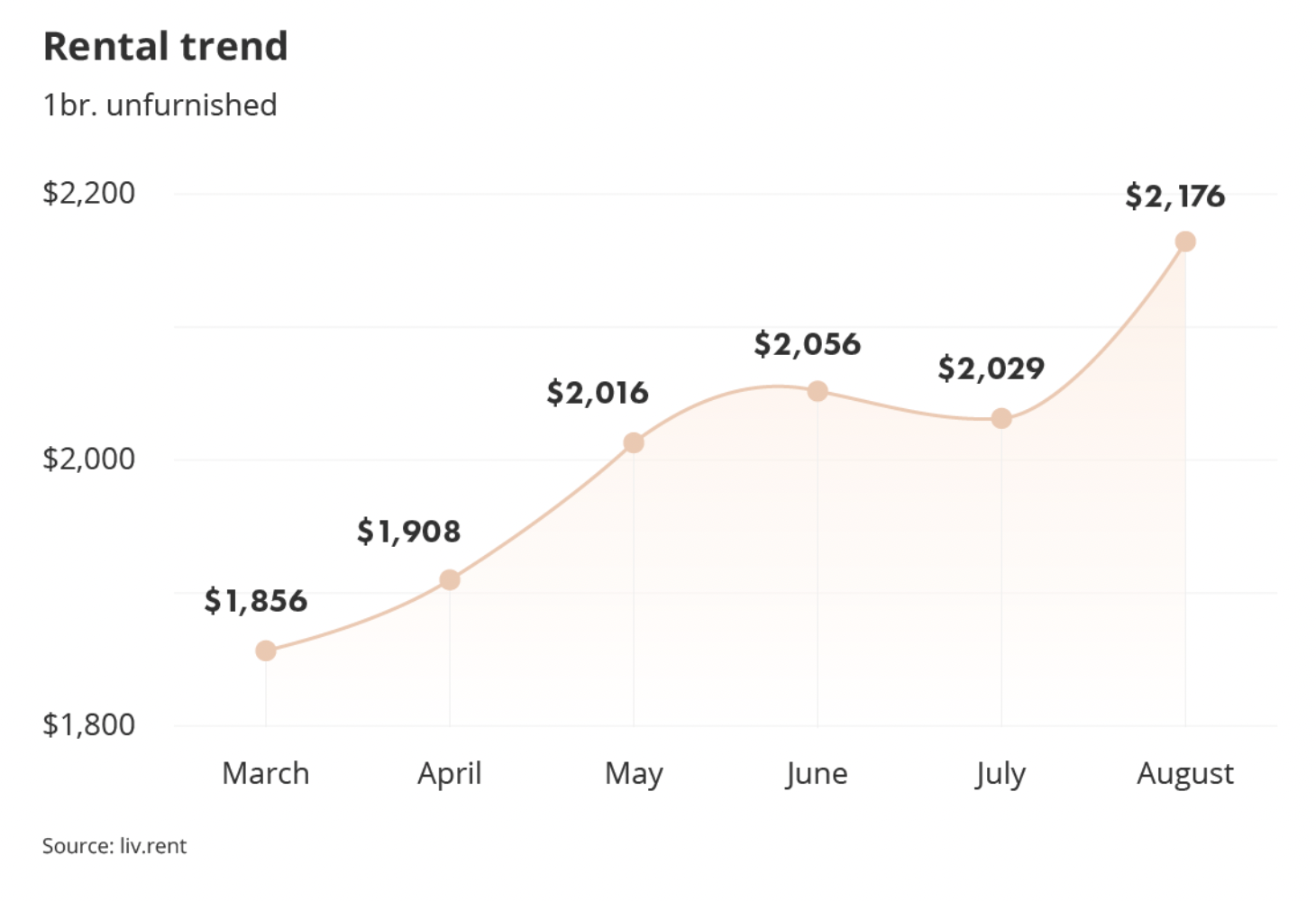 That $2,176 figure takes into account rental prices across Metro Vancouver. In just the City of Vancouver, the average rent is a lot higher. 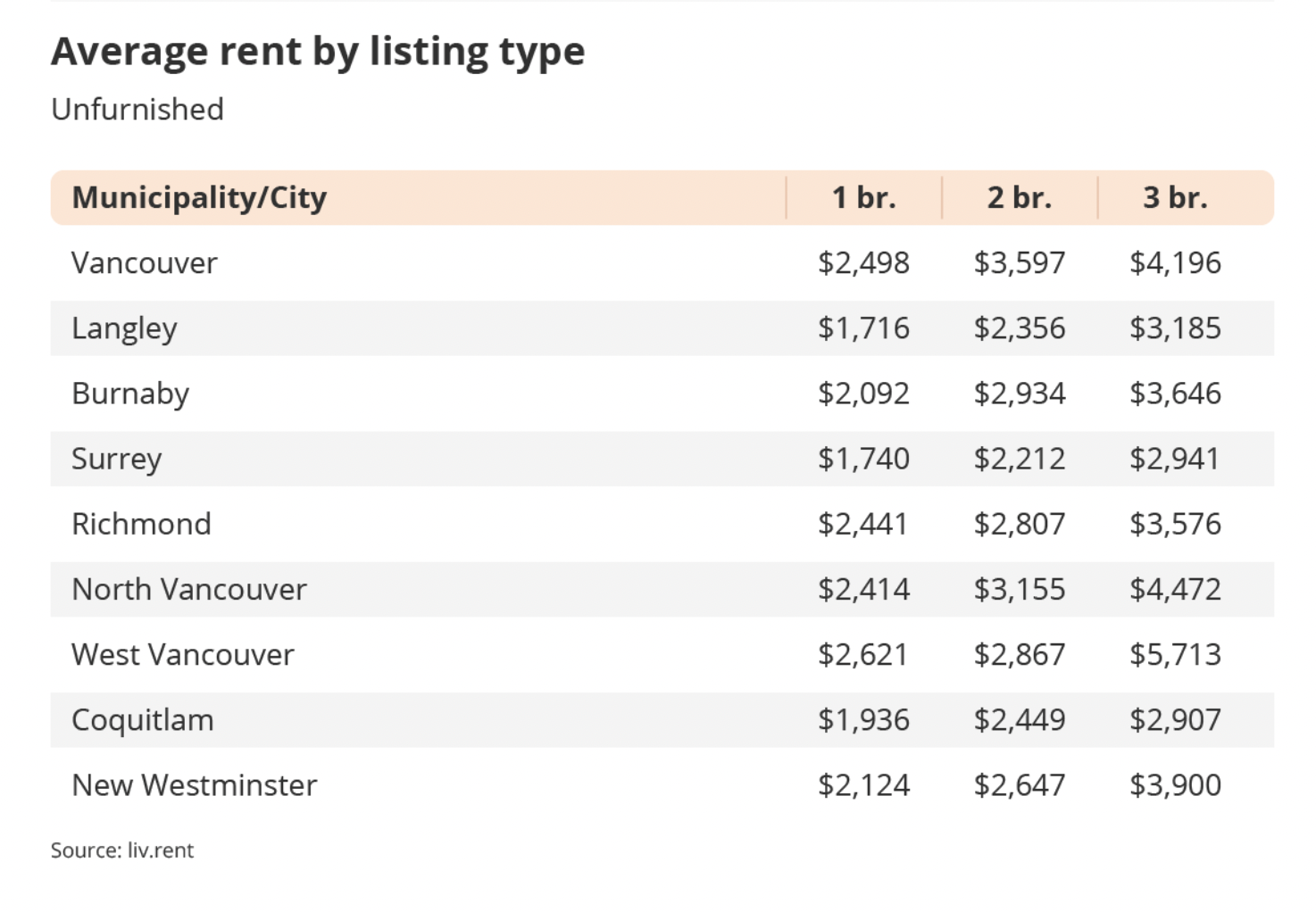 West Vancouver is technically the most expensive city in Canada to rent in as of August 2022, where it’ll cost you $2,621 a month on average for an unfurnished, one-bedroom unit.

Also, Richmond rent spiked 24.10% in August, making an unfurnished, one-bedroom unit $2,441 per month on average and claiming the number three spot on the most expensive city for renters list.

You can learn more about the real cost of rent in Vancouver by checking out the August Rent Report from liv.rent.