The cost of rent in several cities has seen an upward trend in September, except for Toronto and Vancouver, according to the latest report from PadMapper.

“More markets have started to pick up in this report than the previous months as nearly half of the total cities experienced monthly rental growth and around 10 cities had double digit year over year growth,” states PadMapper.

“Meanwhile, on the top, our two most expensive cities both had flat months in terms of one bedrooms, with Toronto one bedroom rent staying firmly at $2,300 and Vancouver at $2,200.”

The top five priciest markets in Canda remained unchanged from last month, with the addition of Victoria, BC, which tied for fifth place. 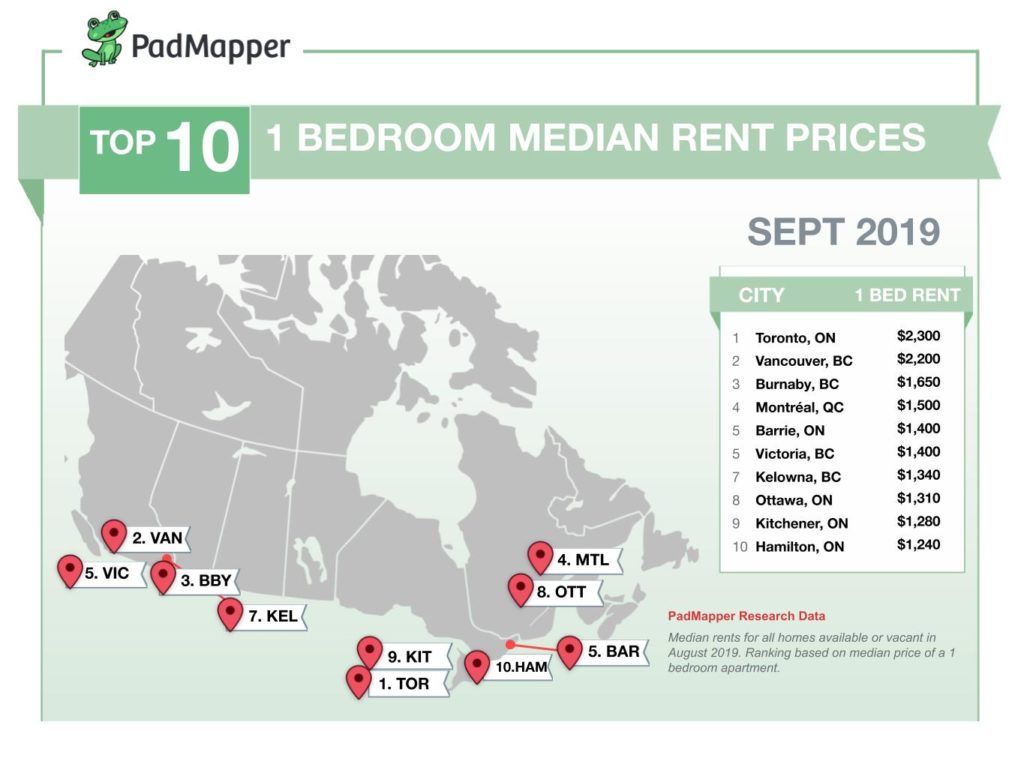 Once again, Toronto took the top spot for the most expensive rent in the country. One bedrooms stayed flat at $2,300 and two bedrooms jumped 4.9% to $2,990.

Burnaby, BC, stayed put in third place but PadMapper notes the city had the largest one bedroom monthly rental growth rate in the top 10 markets, increasing 5.1% to $1,650. Two bedrooms dropped slightly by 0.4% to $2,270.

Victoria, BC tied with Barrie for fifth place as one bedroom rent increased 0.7% to $1,400. 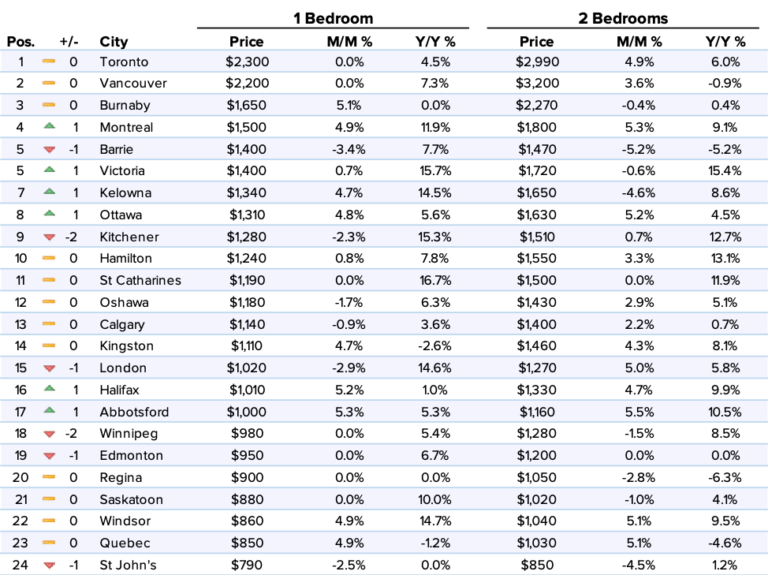