For the second month in a row, Canada’s rental market saw little change, according to the August rent report from PadMapper.

“This suggests that while the Canadian market overall has gotten much more expensive in the past year, it seems either a price ceiling may have been hit in a lot of these cities, since they aren’t growing as much month on month, or the demand is finally beginning to taper off.” 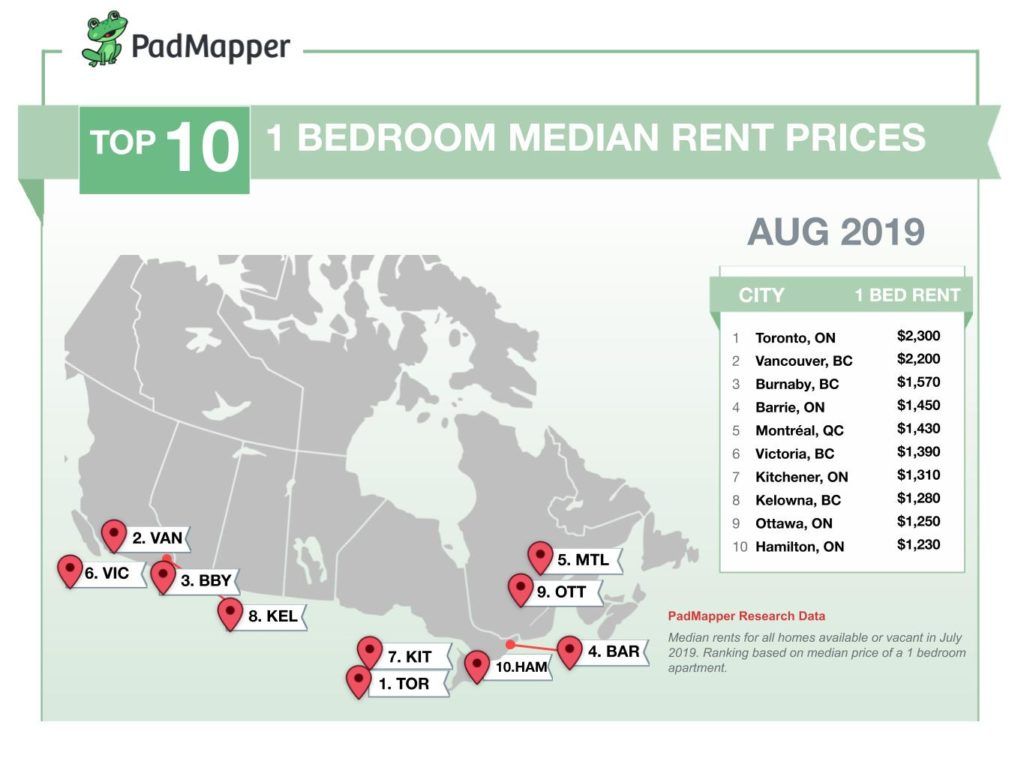 Barrie, Ontario remained the fourth most expensive city in Canada. One and two bedroom rent remained stable at $1,450 and $1,550, respectively.

Montreal comes in fifth with rents for one and two bedrooms remaining the same as last month at $1,430 and $1,710, respectively. PadMapper notes that one bedroom rent has increased by 8.3% since the same time last year. 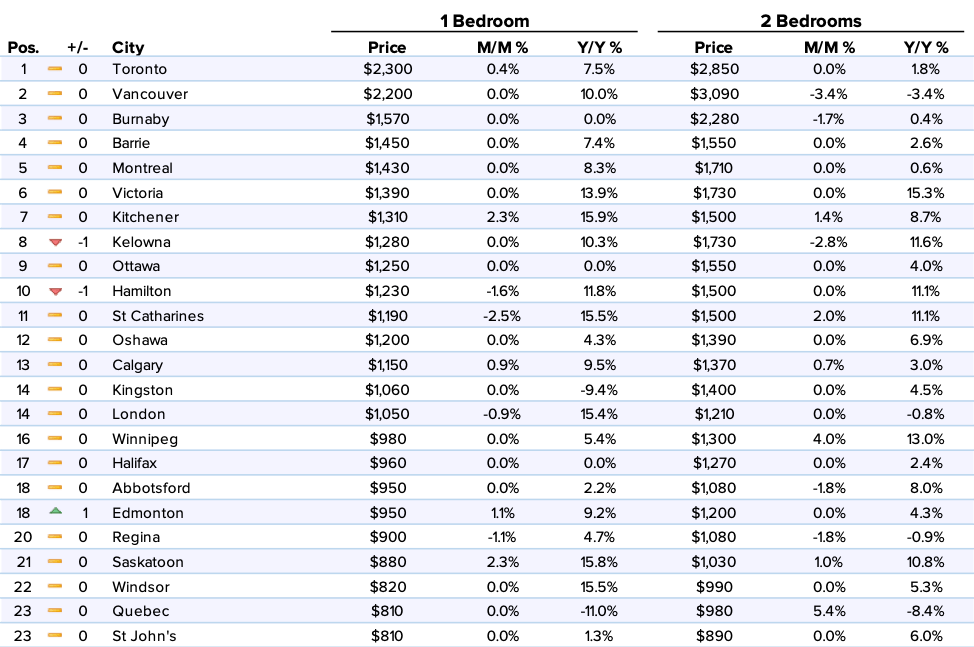