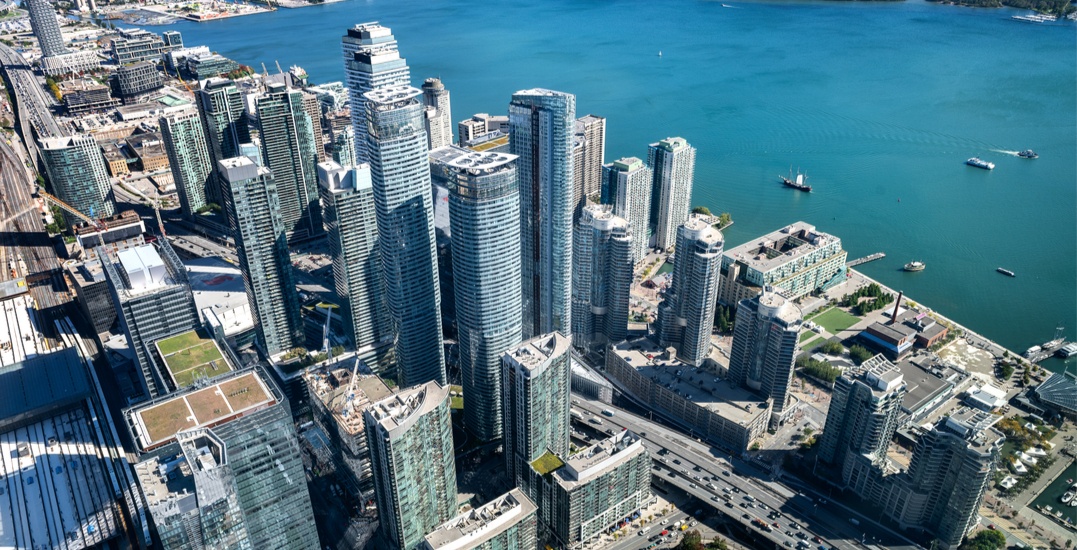 It’s not a secret that home prices in Toronto have continued to increase on a year-over-year basis.

According to real estate site Zoocasa, the Toronto housing market has seen “a world of change in recent years.” A strong economy, heavy migration, low rental vacancy, as well as investment in real estate as an asset, have had a huge impact on average home prices in the city.

Research by Zoocasa also found that over a five-year time period, “dramatic price increases have persisted in pockets across the city.”

“The study, which crunched the difference in average home prices for condos and houses in 35 MLS districts in Toronto, reveals prices have more than doubled in a number of neighbourhoods, especially in the condo market and areas with prices lower than the city average,” stated Zoocasa in its latest report.

Seven of eight remain priced below the $500,000-mark in 2019, and they were well below the $250,000-mark in 2014. But, Zoocasa reports that these neighbourhoods also have a lower inventory with sales that are much lower than in more central areas in the city.

Condos located within the Toronto’s downtown core or close to transit hubs saw the greatest volume of sales, like City Place, Cabbagetown, and Mimico, despite being at a higher price point between $520,000 – $711,000. 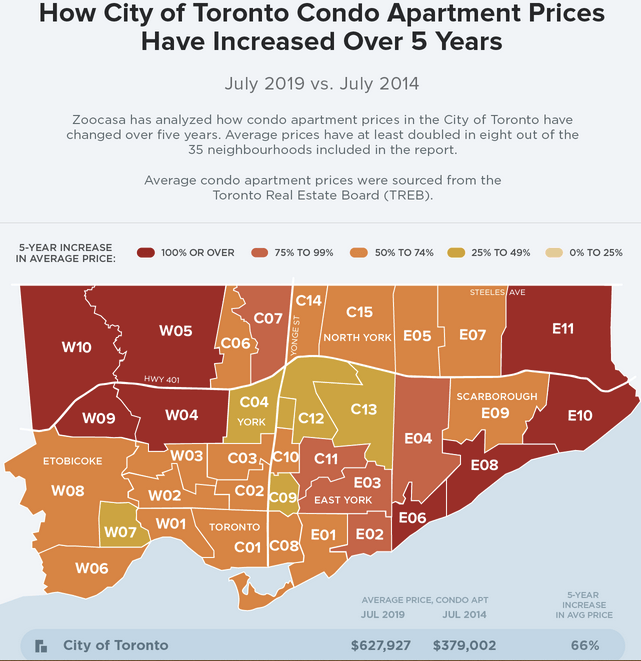 Meanwhile, house sales in Toronto rose 42% over the five year period to $1,167,968 for detached and semi-detached houses. Zoocasa reported that the bulk of neighbourhoods experienced a 25-49% uptick in prices (15 neighbourhoods) and between 50-74% (13 neighbourhoods). Four saw an increase between 18-24%, while just three saw increases above the 75% mark.

However, there are differing factors at play in each of the communities, according to Zoocasa.

In the Forest Hill/Oakwood area, conditions were favourable with 30 sales and 44 listings during the month of July, setting the stage for a robust sellers’ market at a premium price point of $2,031,545. But in contrast, detached and semi-detached houses for sale are in very scarce supply in Regent Park/St. James Town/Corktown, with just four sales and five listings over the course of the month.

“That effectively puts upward pressure on prices, which are at an average of $1,789,032, despite it being a very small market for single-family housing,” said Zoocasa. “However, house buyers continue to be most drawn to lower-priced neighbourhoods as affordability remains a key factor; the greatest concentration of sales activity happened in MLS districts where average home prices have remained below the $1-million mark including East York –Danforth Village, Morningside, and Black Creek –York University Heights.” 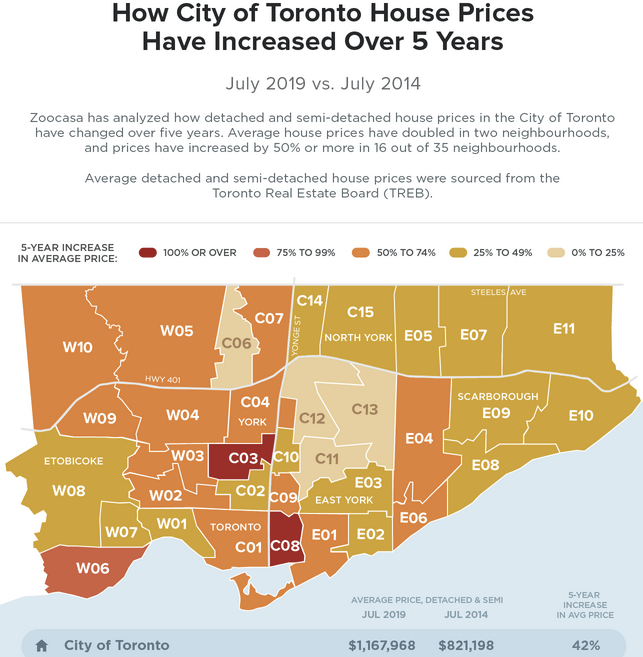