The cost of rent in several cities across Canada has seen an upward trend in October, thanks to an “incredibly hot market right now,” according to the latest report from PadMapper.

“Canada saw over half of all cities experiencing double-digit, year-over-year growth rates along with many cities with large, 4% – 5%+ monthly growth rates as well.” states PadMapper.

“The three cities with the largest monthly one bedroom rental growth rates, all above 5%, were in Ontario, signalling an incredibly high demand present in this province.”

The top four priciest markets in Canada remained unchanged from last month while Victoria, BC, knocked out Barrie for the fifth spot. 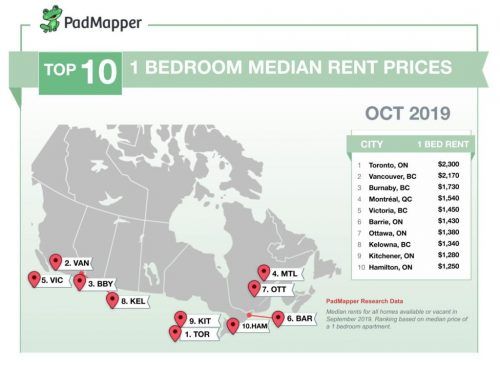 Once again, Toronto took the top spot for the most expensive rent in the country. One bedrooms stayed flat at $2,300 and two bedrooms jumped 0.3% to $3,000.

The cheapest rent in Canada this month can be found in St. John’s, where one bedroom rent costs $800 and a two bedroom goes for an average of $860. 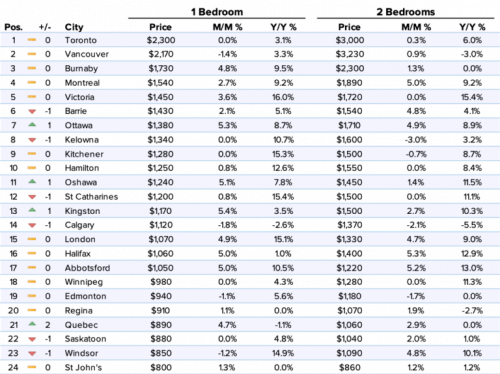