Canada’s rental market saw little change over the past month, according to the May 2019 report from Padmapper.

“While more than half of the total cities continued to have flat monthly growth rates, the cities that experienced an upward trend actually more than doubled when compared to the previous rent report,” said Padmapper.

“As the hot moving season begins, we should expect to see rents grow on a monthly basis.”

The top five priciest markets in Canada remained mostly unchanged from last month, except for Barrie, Ontario which pushed Victoria, BC out of fifth place. 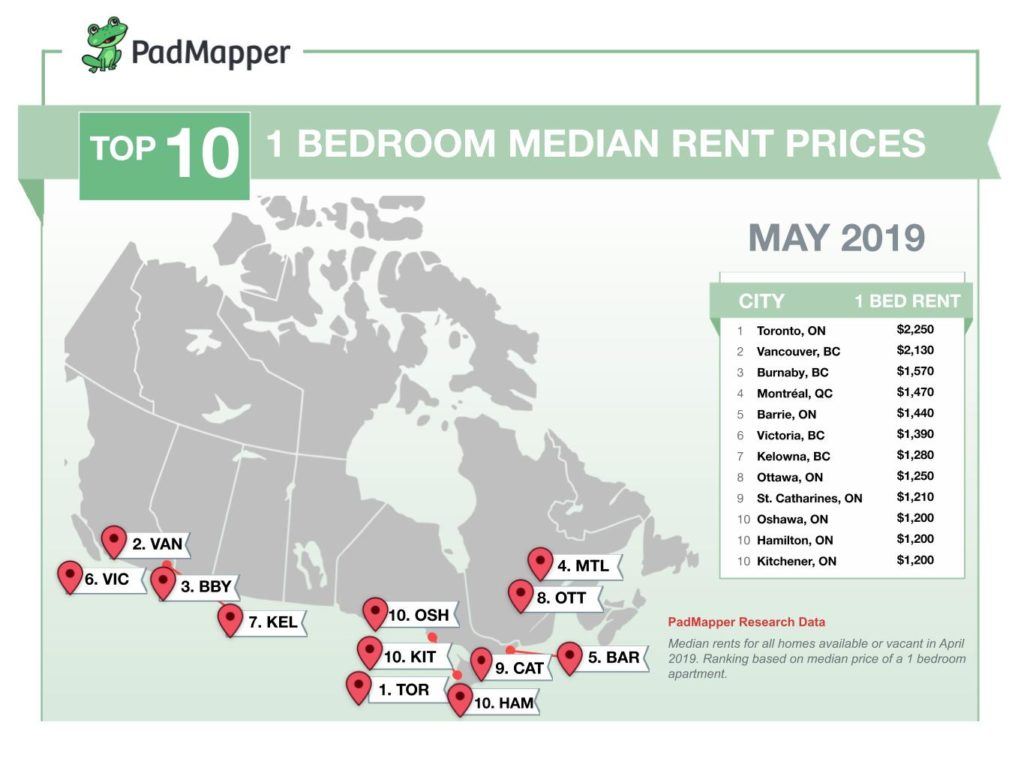 Once again, Toronto took the top spot for the most expensive rent in the country. This month, one bedroom rent dropped very slightly by $10 to $2,250.

Two bedrooms remained flat at $2,850. Padmapper notes that one bedroom rent is up 8% from last year.

Montreal is the fourth most expensive market but one and two bedroom rents both stayed stagnant at $1,470 and $1,710, respectively. One bedroom rent in the city saw a 14% increase on a year over year basis.

Once again, Windsor, Ontario saw the largest growth across all of Canada as the price of a one bedroom apartment increased by 5.3% to $800.

The $800 one bedroom rate also makes Windsor the cheapest city for rent in the country. 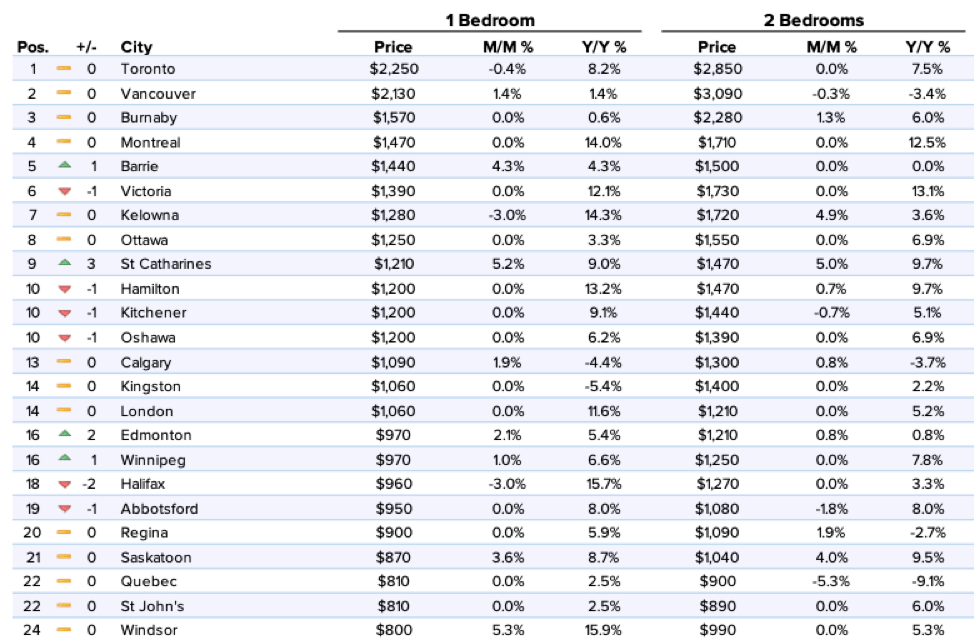