The rental market across Canada saw little movement over the past month, according to the latest report from Padmapper.

Most cities stayed in the ranking they were given last month. Overall, four cities saw an upward trend, three cities downward, and 17 remained stable.

Padmapper says that this is the most stable month of 2019 that Canada has seen thus far. 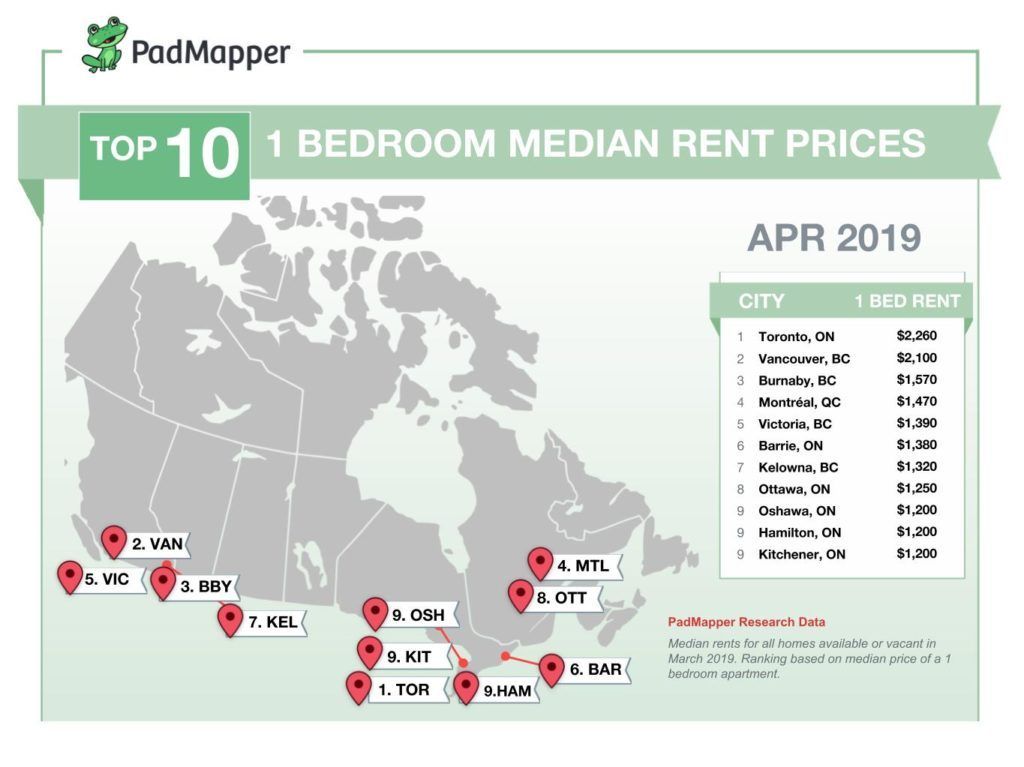 Third-place Burnaby also saw a flat month. Rent for a one-bedroom apartment stayed at $1,570. The price for a two-bedroom increased marginally, by 0.4%, and now sits at $2,250.

Montreal, which takes the spot of the fourth most expensive market, actually saw a decline during this April. One bedroom rent fell 2% to $1,470 and the price of a two-bedroom unit fell by 3.9% to $1,710.

Victoria, BC was the fifth most expensive city. Prices remained stable, however, with the price of a one bedroom and two bedroom apartment staying at $1,390 and $1,730, respectively.

This month, Windsor, Ontario saw the largest growth across all of Canada as the price of a one bedroom apartment increased by 5.6%.

Windsor also remains the location for the cheapest one-bedroom rent in the country, where one can be found for $760. 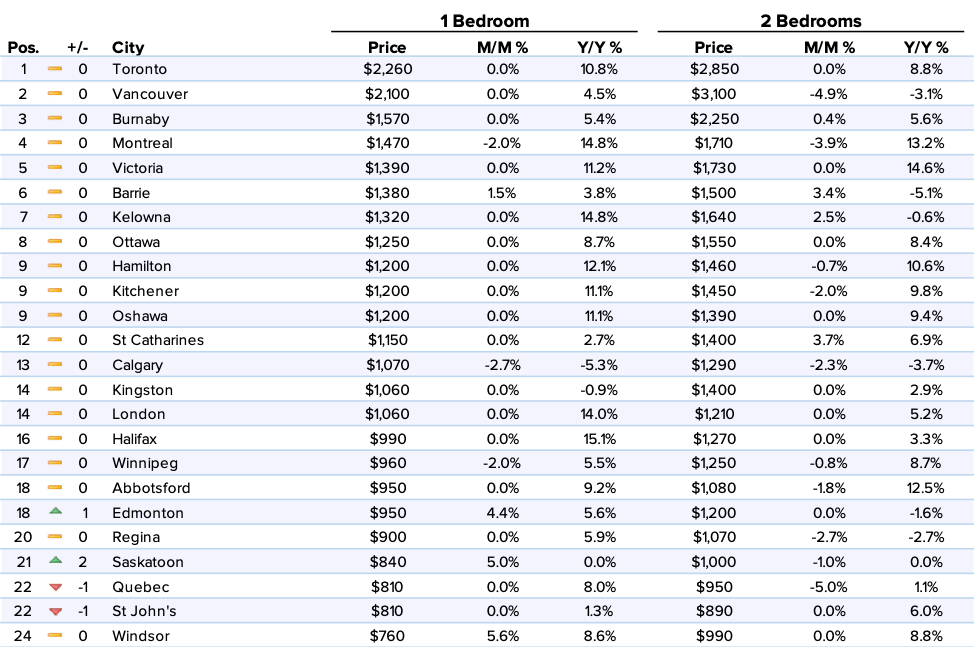