While 2020 continues to chug along, there doesn’t seem to be an end in sight for the high cost of rent in Canada’s largest cities.

Overall, ten cities saw a rise in rental costs, five saw a downward trend and nine remained flat, according to the latest report from PadMapper.

“There were still at least 10 cities experiencing double-digit year over year rental growth rates,” notes PadMapper. “Though that number has come down considerably from the summer months.” 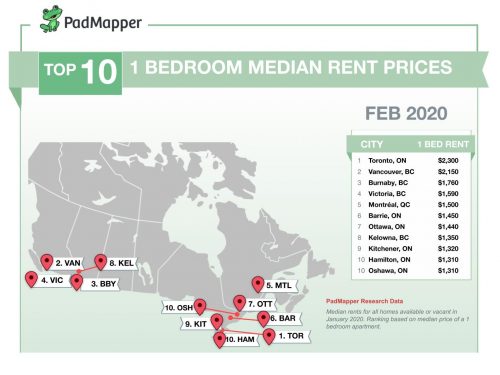 While the top three most expensive Canadian rent cities remained the same compared to last month, Victoria bumped off Montreal for fourth and Barrie slid down to sixth.

Once again, Toronto took the top spot for the most expensive rent in the country. One bedrooms stayed flat at $2,300 and two-bedroom spots increased by 1% to $2,980.

In terms of monthly changes, Victoria had the fastest-growing rent, up 5.3%, while Halifax saw the biggest rent dip, falling 5%.

The cheapest rent in Canada this month can be found in St. John’s, Newfoundland, where one-bedroom rent costs $820 and a two bedroom goes for an average of $850. 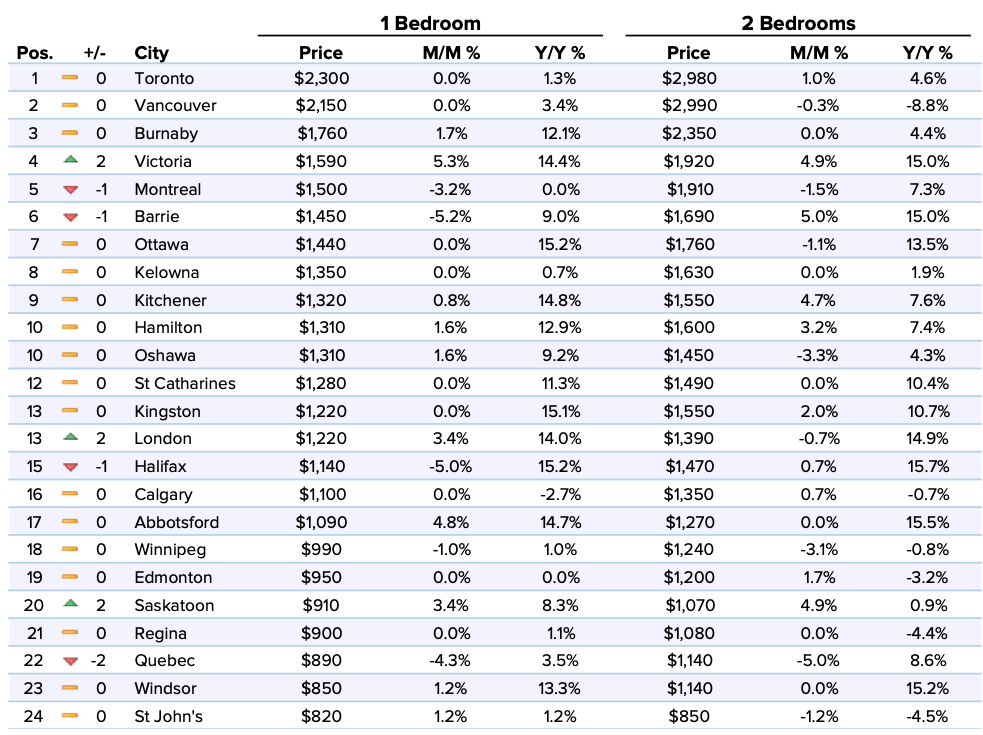