Canada’s rental market saw little change over the past month, according to the July rent report from PadMapper.

“Meanwhile, nearly half of the total cities had double-digit year over year growth rates for either one or two bedroom rents, signalling that even though it’s been flat on a monthly basis, rents are still up significantly compared to summer of 2018,” notes Padmapper. 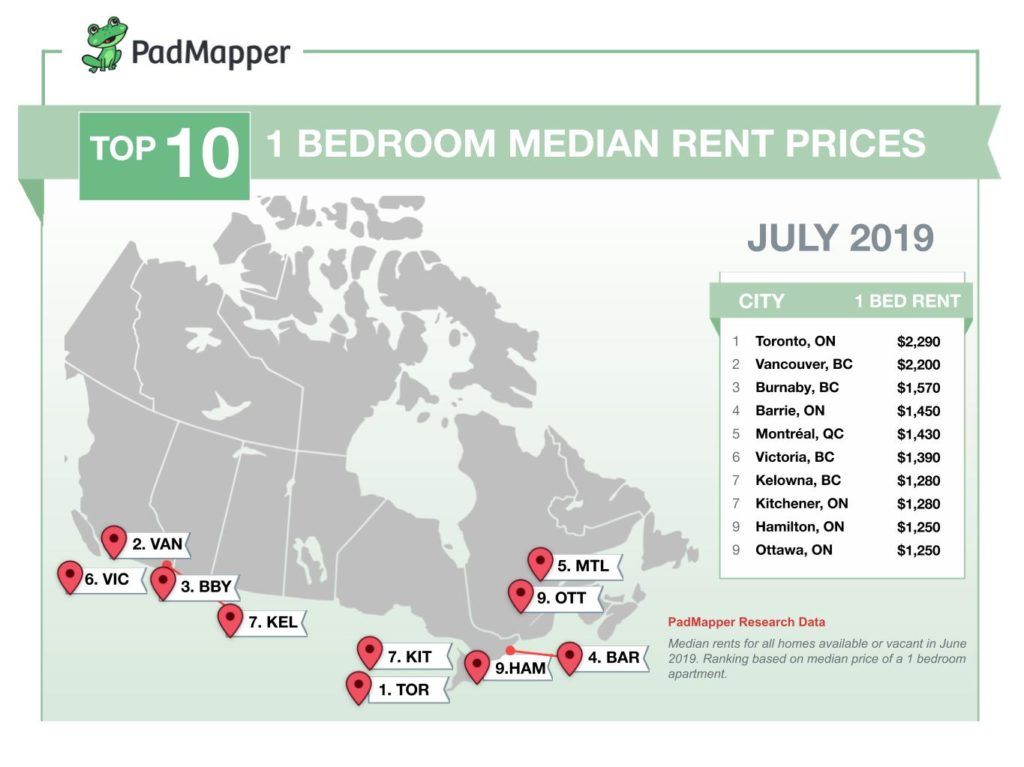 Once again, Toronto took the top spot for the most expensive rent in the country. One bedroom rentals reached another peak as rents grew 2.7% to $2,290. This surpassed the $2,270 high in January 2019. Two bedrooms remained flat at $2,850.

Barrie, Ontario remained the fourth most expensive city in Canada. One bedrooms remained flat at $1,450 and two bedroom rent increased 4% to $1,550.

Montreal comes in fifth with rents for one and two bedrooms remaining the same as last month at $1,430 and $1,710, respectively.

PadMapper notes that one bedroom rent is up 9.2% since this time last year.

Hamilton, Ontario had the largest growth across all of Canada as one bedroom rents in the city grew 4.2% to $1,250.

Once again, St. Johns’ and Quebec City both had the lowest rental rates last month with average one bedroom rates remaining stable at $810. 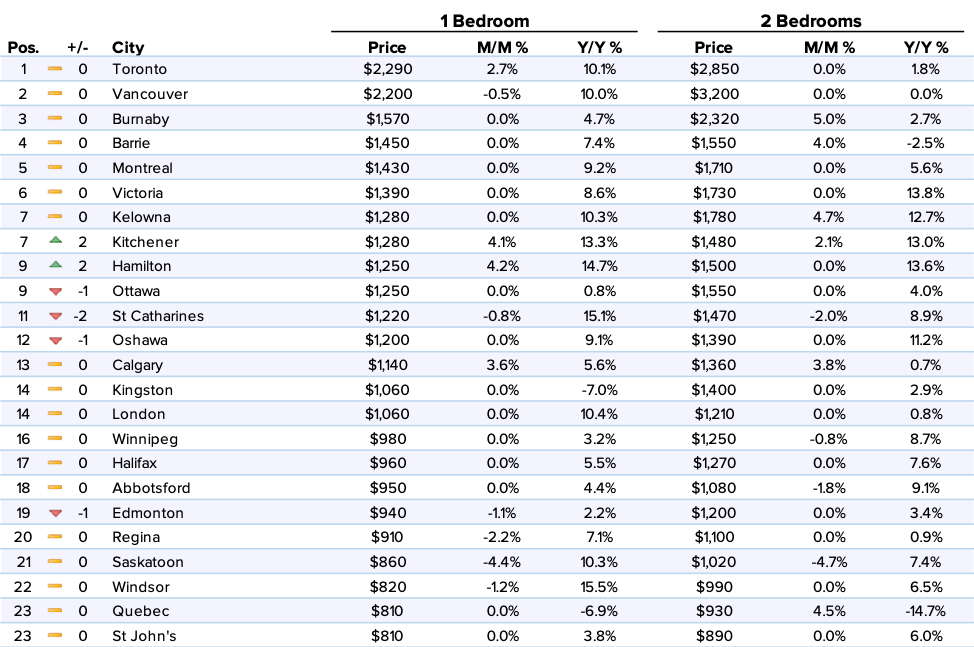