The rental market across Canada is coming to a slow down, according to the latest report from Padmapper.

According to this month’s report, five Canadian cities saw an upward trend in rental prices, eight decreased and 11 remained stable.

Padmapper notes that these “relatively flat to decreasing monthly growth rates are signalling a slow down from the constant monthly price spikes that we’ve seen recently in the Canadian rental market.” 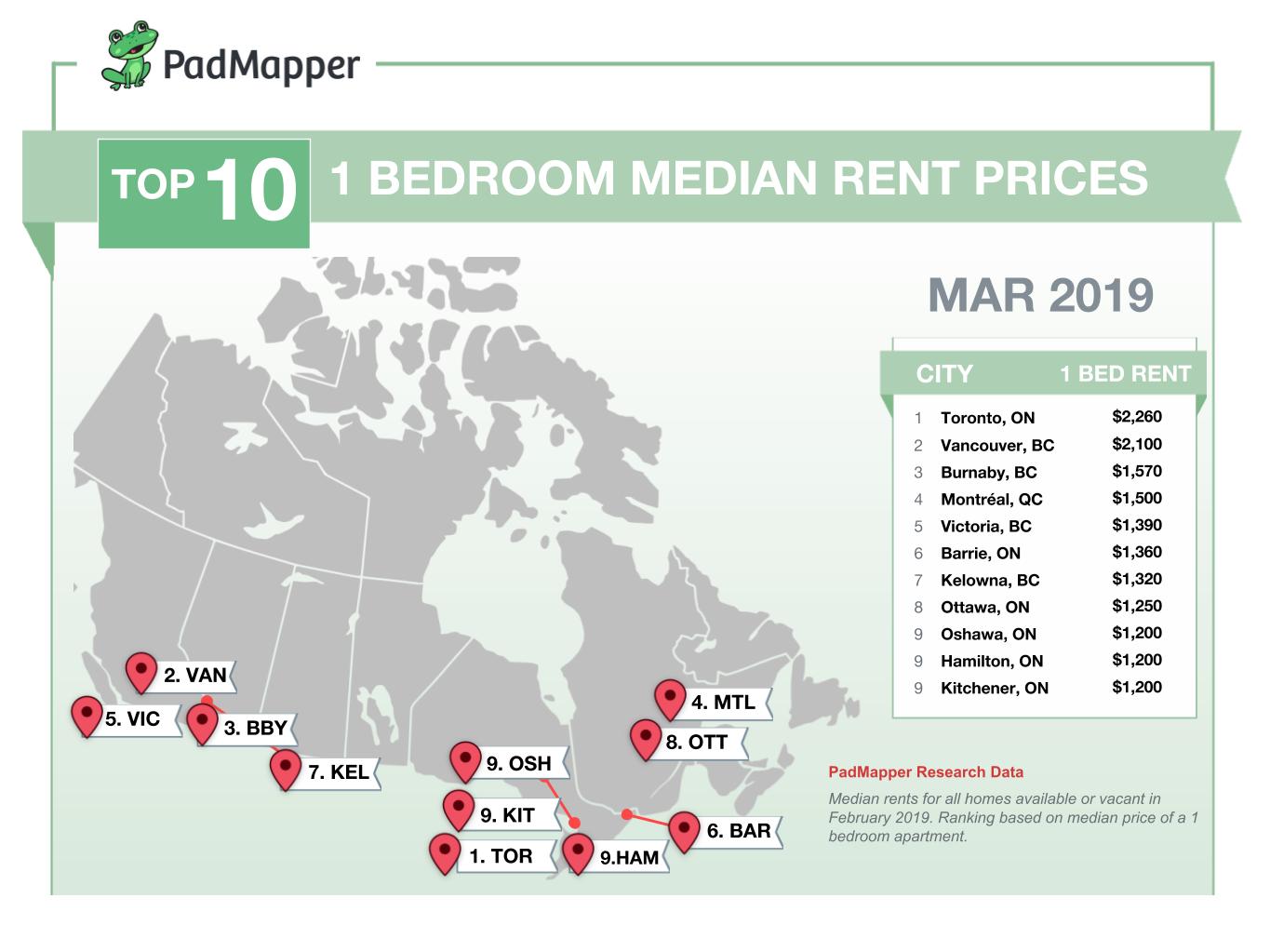 Once again, Toronto took the top spot for the most expensive rent in the country. This month, one bedroom rent decreased slightly by 0.4% to $2,260. Two bedrooms remained flat at $2,850.

Burnaby, BC, stayed put as the third priciest city in Canada. But one bedroom and two bedroom prices remained flat at $1,570 and $2,240, respectively.

This month, Kitchener, Ontario, had the largest monthly one bedroom rental growth rate in the country, increasing 4.3% to $1,200.

The battle for the cheapest one-bedroom rent in the country once again goes to Windsor, Ontario, where you can rent a single-room suite for $72o and a two bedroom suite for $990 per month. 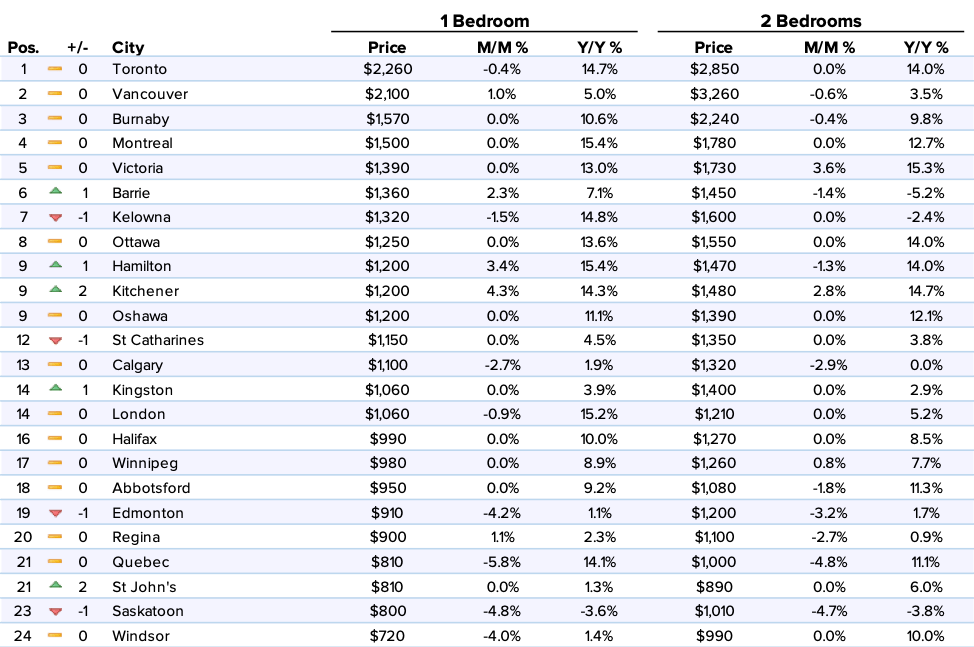