As we move into the busy summer moving months, rent costs continue to rise from coast to coast.

This month, according to Padmapper, 15 cities saw an upward trend in the average cost of rent for May, while 8 decreased, and 3 remained flat.

Once again, Vancouver and Toronto battled for the first place prize when it comes to the most expensive rent in the country. 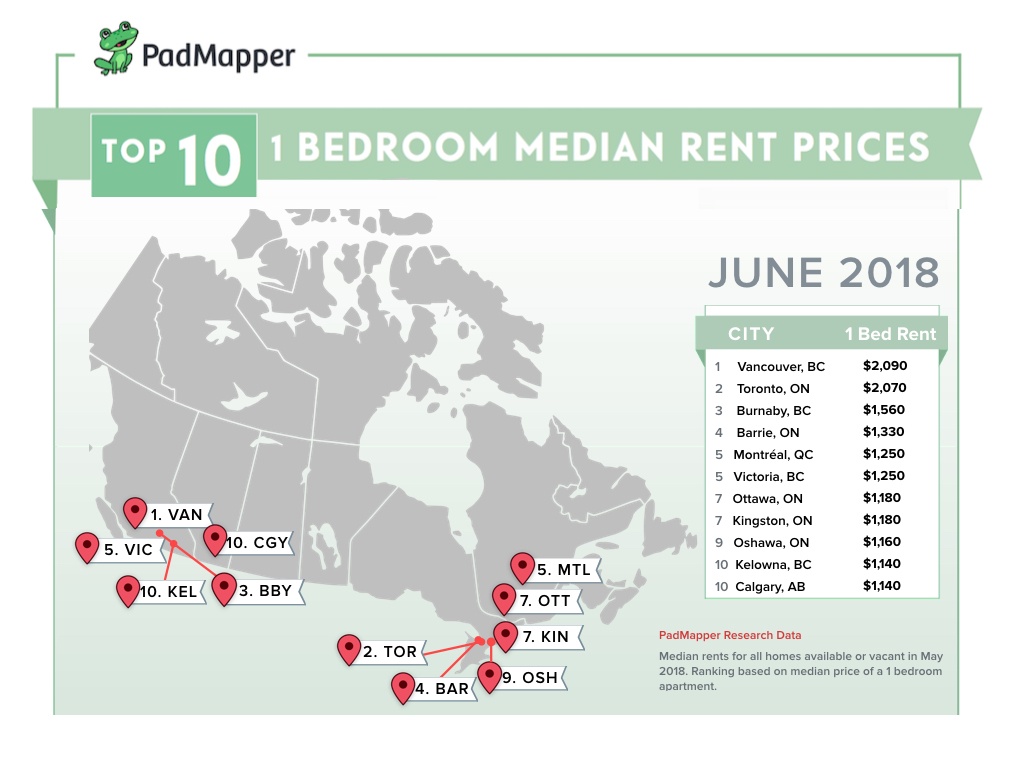 Toronto remained in second place with two-bedrooms seeing a 3% growth rate to $2,730. Padmapper notes that both 0ne and two bedroom prices in this city are up over 15% since this time last year.

And, once again, the fifth most expensive city this month is Montreal, which saw a growth in two-bedroom properties by 1.3% to $1,540.

The largest monthly growth rate in the nation took place in Kingston, Ontario, where one-bedroom rent shot up 5.4% to $1,180.

Rent for a one-bedroom is a cool (and slightly unbelievable) $680. 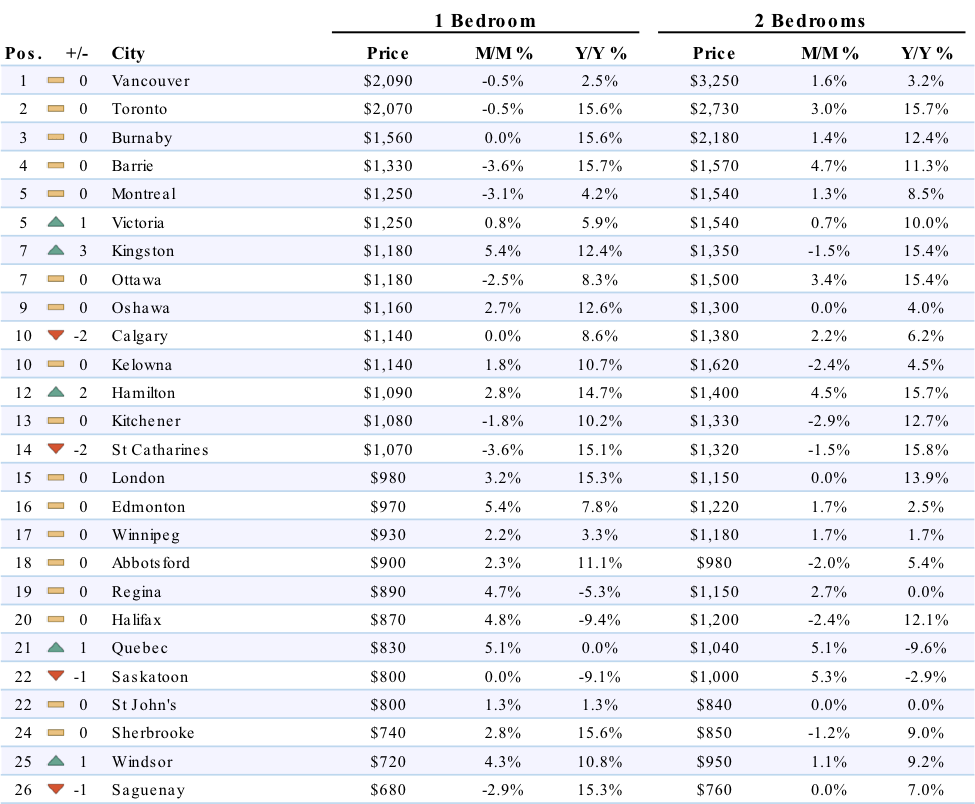