As we move into the summer months, the cost of rent across Canada is both heating up and cooling down — depending on the region.

This month, according to Padmapper, 13 cities saw an upward trend in the average cost of rent this month, while 12 decreased, and 3 remained flat. 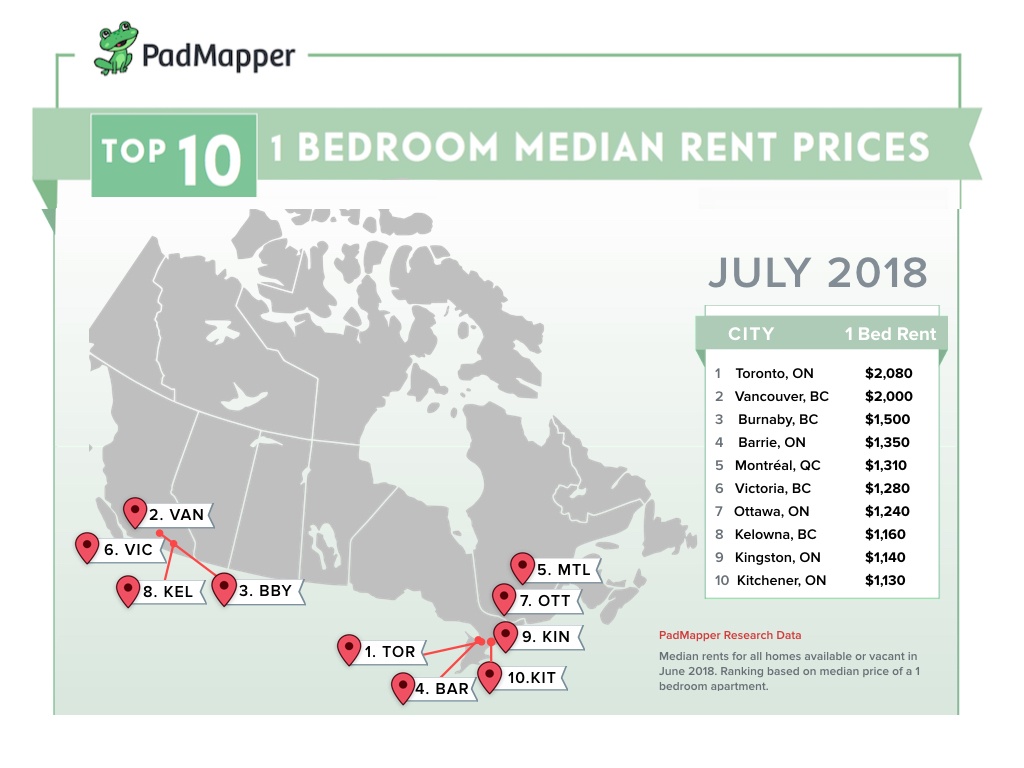 Burnaby, BC, remained in third place as two bedrooms increased 3.7% to $2,260. Padmapper notes that on a year over year basis, two bedrooms rates in Burnaby are up 15.9%.

The largest monthly growth rate in the nation took place in Kitchener, Ontario, as one-bedroom rent shot up 4.8% to $1,130.

This month, the battle for the cheapest rent once again went to Saguenay, Quebec where rent for a one-bedroom will only cost you a cool $700. 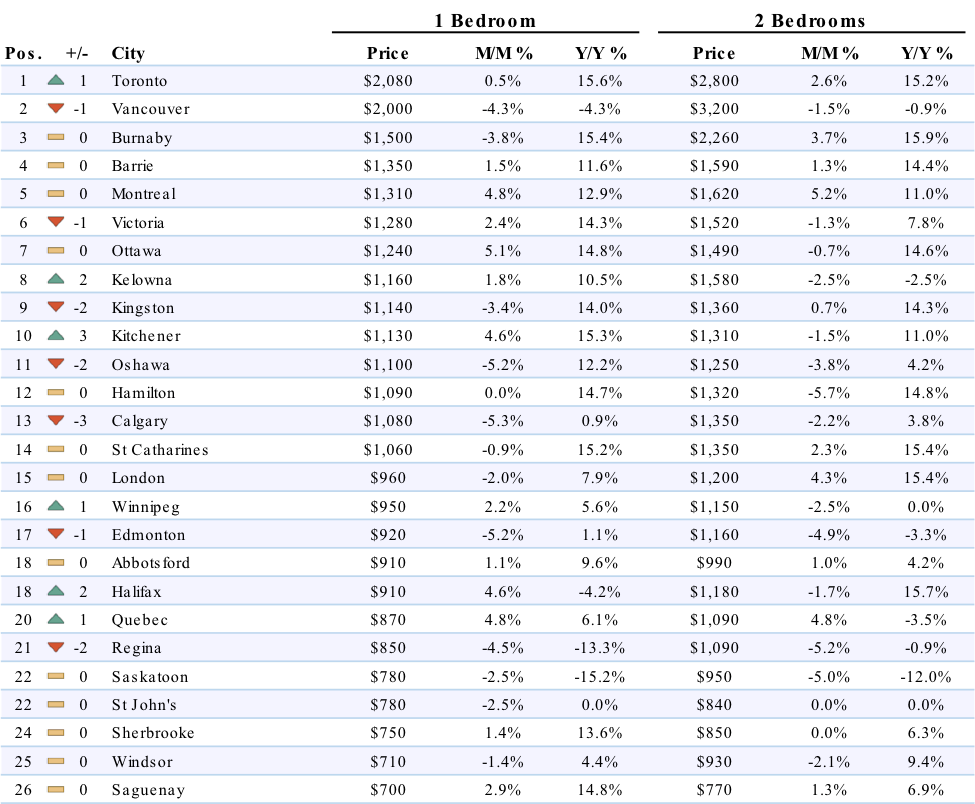