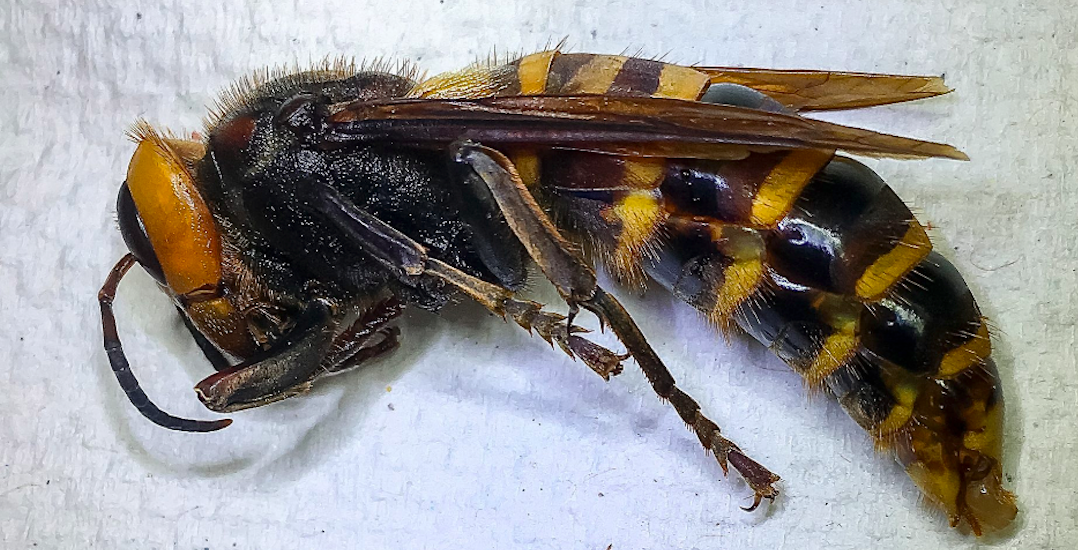 Another Asian giant hornet has been discovered near Abbotsford.

A nest has never been found in the Fraser Valley or Lower Mainland, although one was discovered on Vancouver Island in Nanaimo last year. 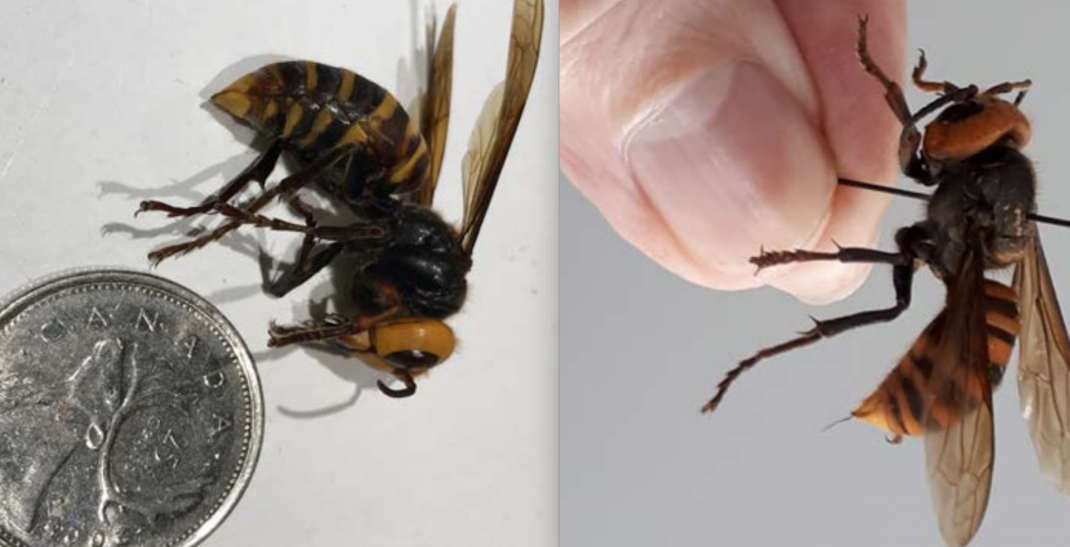 BC Ministry of Agriculture

The province said that survey efforts in the Fraser Valley in 2020 have focused on surveillance and trap monitoring along 0 Avenue with the support of local beekeepers and other organizations.

And although Asian giant hornet activity “declines rapidly” as colder temperatures arrive, officials are still encouraging people to report possible findings. This can be done through calling the Invasive Species Council of BC at 1-888-933-3722, via the council’s Report Invasive mobile phone app, or online.

A sting from an Asian giant hornet can be very painful and cause localized swelling, redness and itching due to the larger amount of venom injected, officials have warned.

However, the hornets are not interested in humans, pets, or large animals. The hornets hunt insects for food and will only attack people when their nest is disturbed.