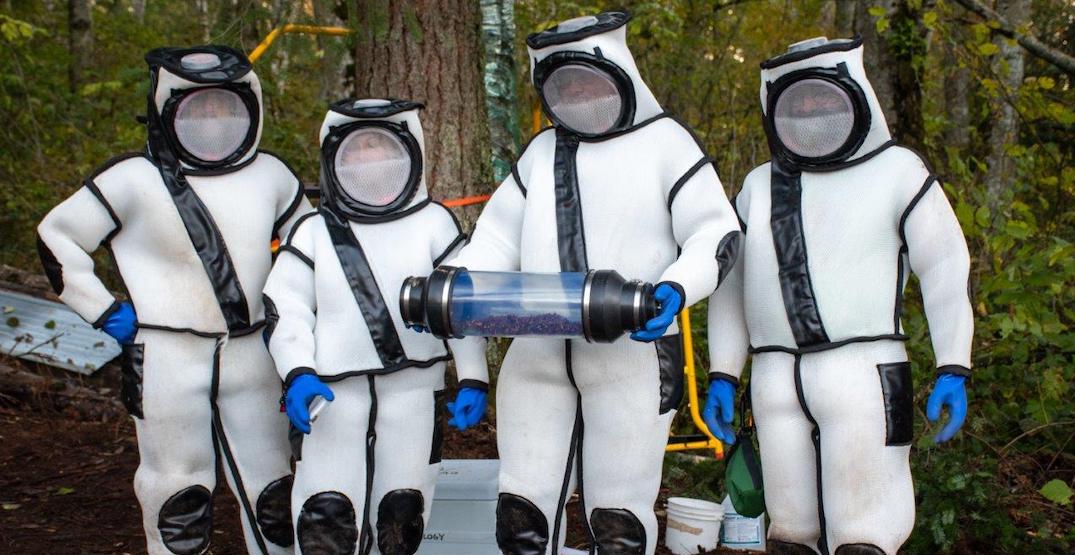 Starting by placing scaffolding around the tree at 5:30 am, the team then stuffed dense foam padding below the nest entrance and wrapped the tree with cellophane, leaving just a single opening into the tree cavity.

A vacuum hose was then inserted into the tree cavity to remove the hornets from the nest which was located on private property. The owners of the property had given permission to the agriculture department to eradicate the nest or remove the tree entirely, if necessary.

The entomologists donned white protective suits while vacuuming the hornets. According to the Department of Agriculture, the hornets pose a serious threat to honeybees which farmers depend on to pollinate crops. 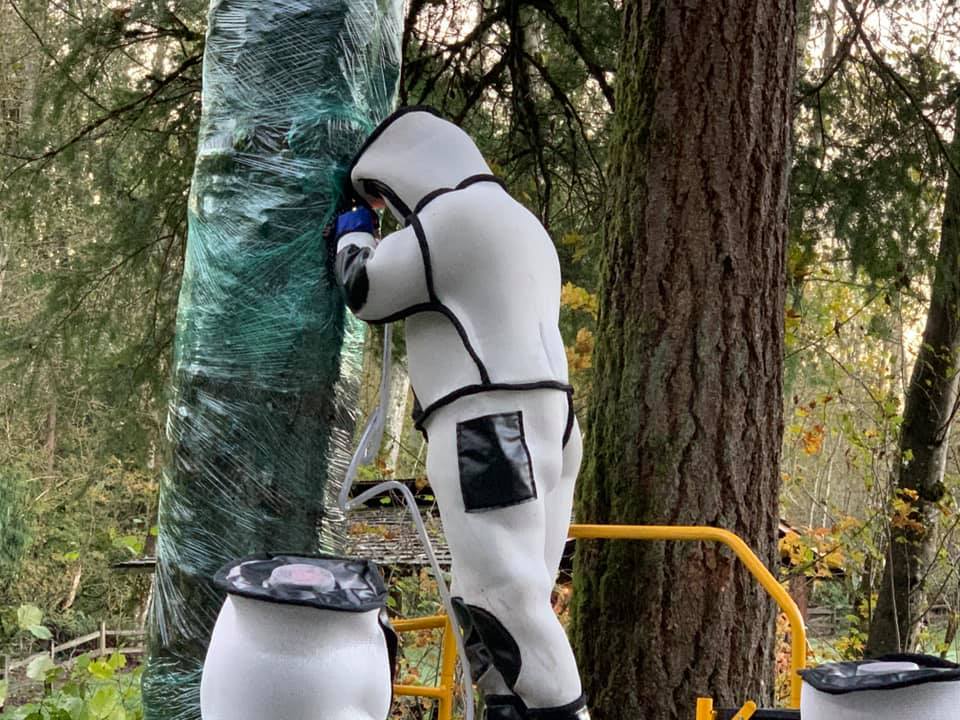 At first, only a few hornets emerged. The team members then whacked a wood board against the tree to encourage hornets to leave the nest.

Once hornets stopped coming out of the tree cavity, the team pumped carbon dioxide into the tree to kill or anesthetize any remaining hornets. They then sealed the tree with spray foam, wrapped it again with cellophane, and placed traps nearby to catch any potential survivors or hornets who may have been away during the operation and return to the tree.

Overall, 98 worker hornets were successfully removed from the tree cavity alive. 85 hornets were vacuumed out of the nest during early morning extraction, while 13 more were collected with a net during observation on Friday, according to a press release.

“The eradication went very smoothly, even though our original plan had to be adapted due to the fact that the nest was in a tree, rather than the ground,” managing entomologist Sven Spichiger said.

The discovery of the hornet nest came on Friday after a WSDA trapper collected two live Asian giant hornets on October 21 in a trap. They then followed the live hornets back to their nest after tagging them.

“While this is certainly a morale boost, this is only the start of our work to hopefully prevent the Asian giant hornet from gaining a foothold in the Pacific Northwest. We suspect there may be more nests in Whatcom County,” said Spichiger.

In the coming week, the WSDA Pest Program intends to cut the tree down and open it to see how big the nest was. They also want to determine whether the nest had begun to produce new queens or not.

The department will continue setting traps into November and is still urging the public to report sightings in Washington state online, via email, or by calling 1-800-443-6684.