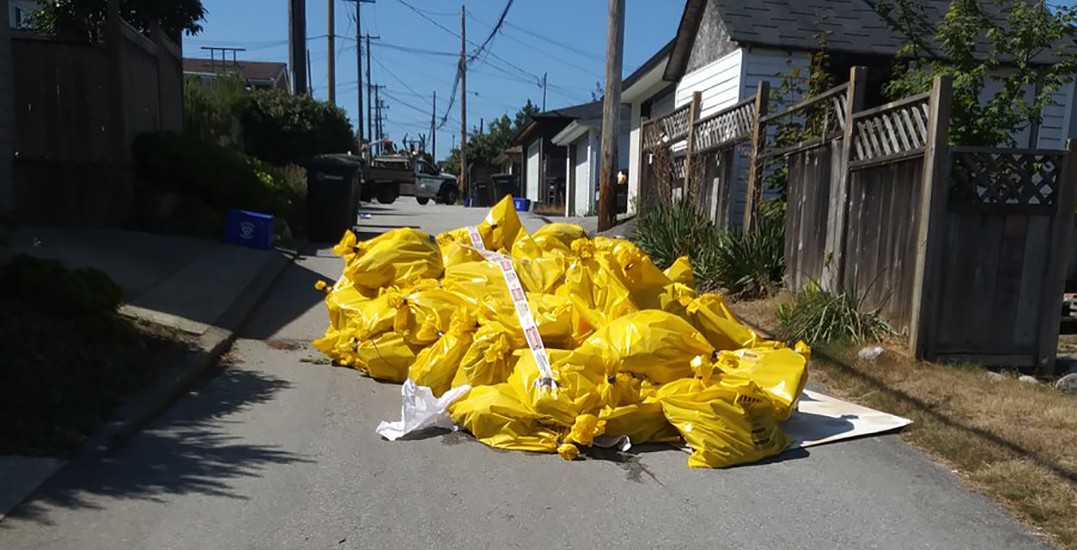 A number of local residents have grown concerned after a pile of bagged asbestos was found in an alleyway in Burnaby.

Local resident and Twitter user Monica Redman discovered a pile of the large yellow bags, stacked in the middle of a street, early yesterday afternoon. 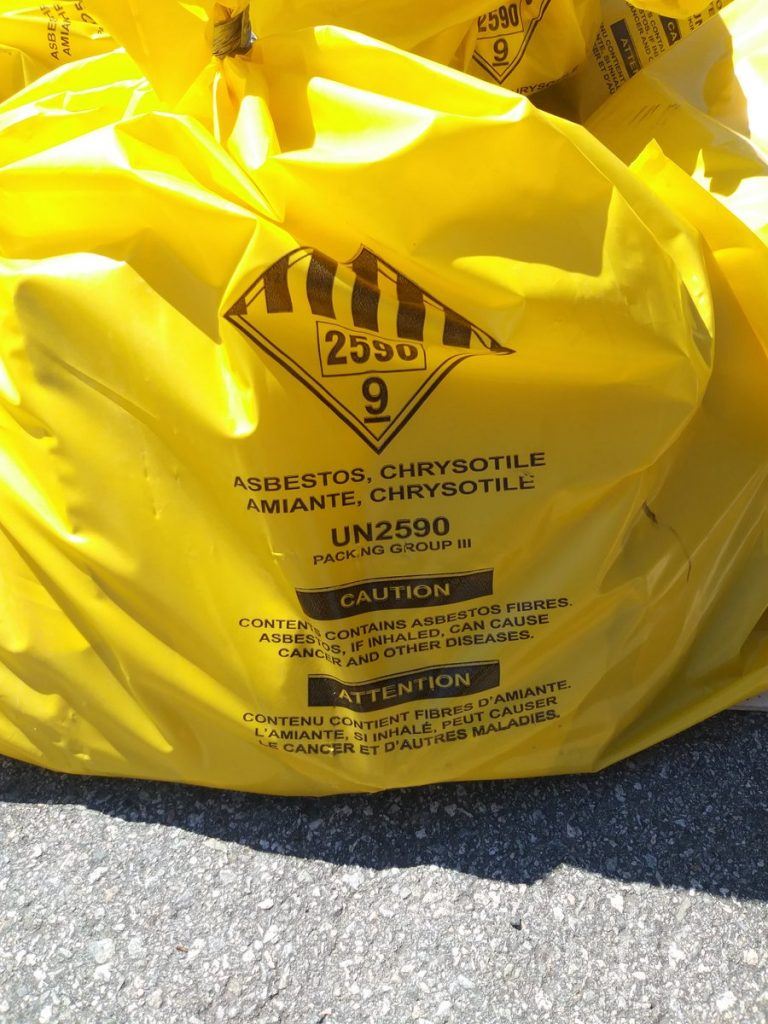 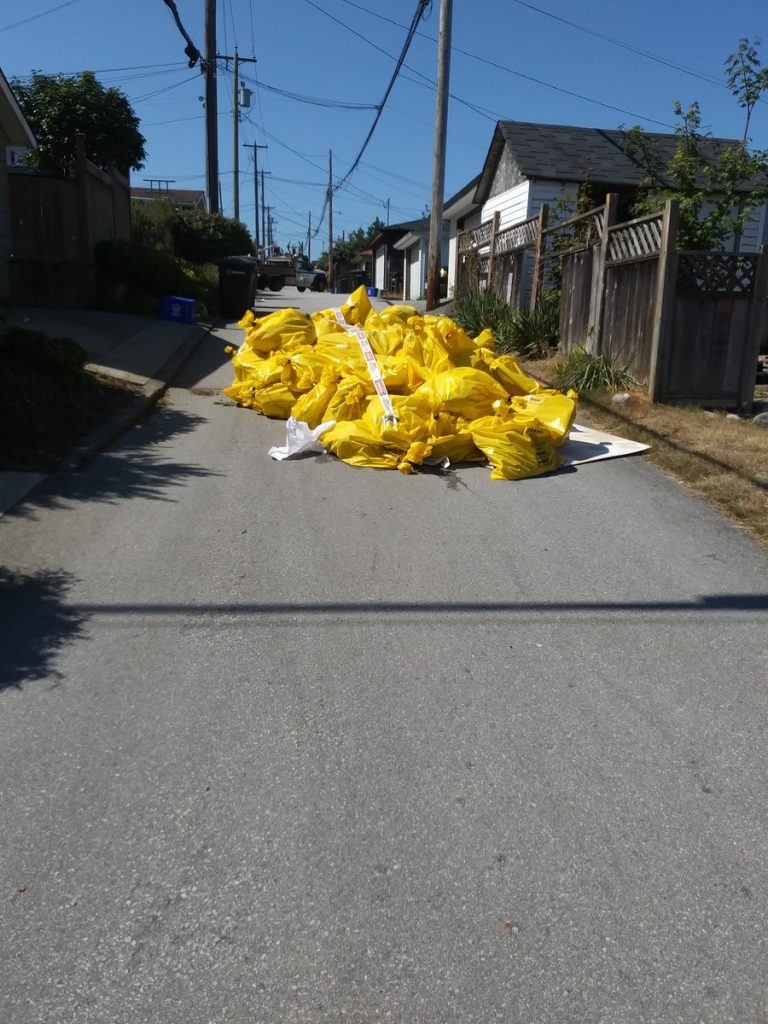 Redman continued to tweet updates on an almost hourly basis, also commenting that the City of Burnaby had been aware of the situation for at least several hours.

The asbestos pile is still there blocking the alley. @CityofBurnaby has known about it for at least 4 hours. The tape was there the first time I saw the pile this afternoon. #burnaby pic.twitter.com/NEkqXGQ9vH

By Monday evening the pile still remained, with no barricades or traffic cones set up as a perimeter.

#Burnaby asbestos pile update. I went down to set up a barricade. pic.twitter.com/FgpjQqrBlq

At approximately 10 pm, fire crews, as well as an RCMP officer arrived on the scene.

A proper barricade was set up and Redman confirmed through both a neighbour and the fire department that the pile only grew in size from the day before.

Per Fire Dept there was asbestos dumped here yesterday. This is the second #Burnaby asbestos pile! Yesterday they spoke to the guy working on the house in my 1st tweet. It wasn’t him. Odd and evil.

The #Burnaby asbestos pile is now barricaded. Talked to a neighbour. He saw the pile yesterday. Both the neighbour and the fire dept said it was bigger today. pic.twitter.com/TIZjle0nMf

Less than an hour ago, the City of Burnaby confirmed that a contractor had been hired to remove the waste and that the process would be completed within several hours.

They also explained that asbestos is only “a hazard when it is inhaled” and that “when asbestos is sitting in a sealed plastic bag undisturbed, it is not hazardous.”

Bags of #asbestos are being removed. #Burnaby pic.twitter.com/6iY8iS60mb

Asbestos is described as a “mineral substance that can be pulled into a fluffy consistency.” It was formally used in Canada as a heat-resistant insulator and was mixed into everyday materials to make them stronger.

The fibres of the material, however, cannot be “seen, smelled, or tasted” and can be a serious threat when inhaled.