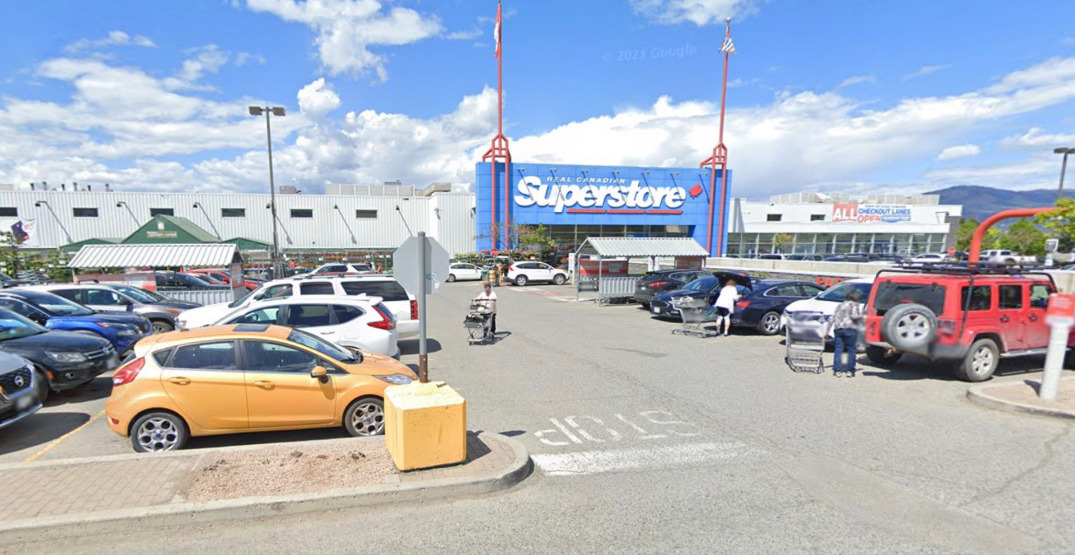 A Superstore in Kamloops. (Google Maps)

Several people have been arrested more than 40 tickets were issued by Kamloops RCMP after a protest in Kamloops, which organizers call “mask free Mondays.”

The weekly protests are held by a group called Take Action Kamloops.

Monday’s event led to 43 tickets being issued. Each carries a fine of $230.

“In response to reports of increased intimidation and escalation occurring during the organized weekly protests, Kamloops RCMP frontline officers attended the store around 6 pm on January 10, 2022,” reads a press release from Kamloops RCMP.

Kamloops RCMP suggests the initial intent was to attempt to educate the protest attendees on proper health protocols, but when that didn’t work, they upped the ante.

“When the attempt was unsuccessful, police issued 43 tickets under the Emergency Programs Act ($230). Five people were also arrested after they allegedly failed to identify themselves or leave. Approximately 18 people were escorted out of the store without issue. ”

“We’ve always promoted an education first approach and that will continue,” said Kamloops RCMP Superintendent Sydney Lecky in a statement. “In the past, some of these protesters were reportedly intimidating employees and customers, approaching people in the store and telling them to take off their mask.”

The people arrested were later released, “pending the investigation’s conclusion.”

The group’s Instagram page is still up, and they recently put up a post responding to a news story about the arrests and fines suggesting it was “fake news.”

There is currently a GoFundMe page to help pay for fines.