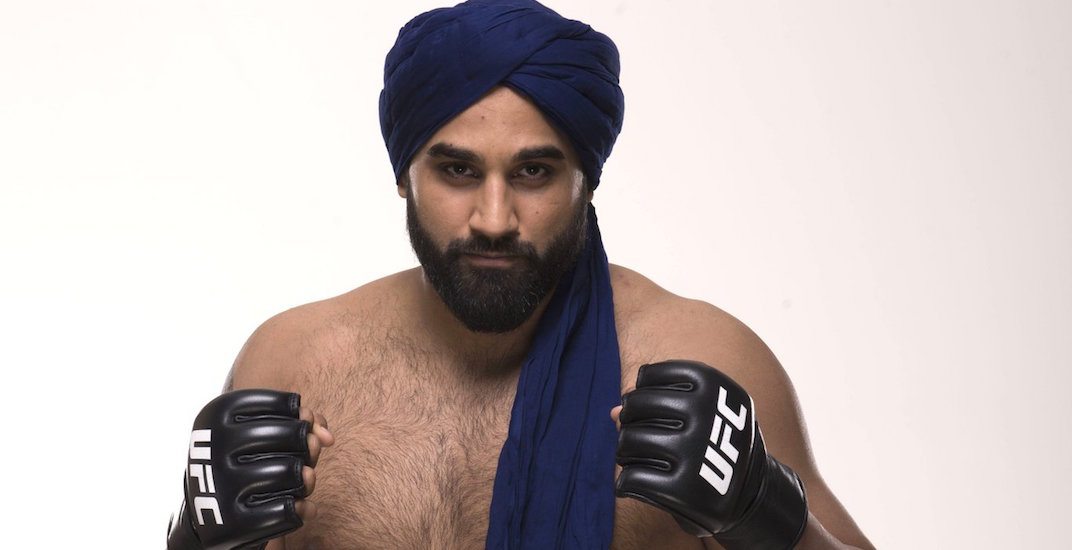 “Don’t fear the turban, embrace it!”

Those are the words of Arjan Bhullar, a 31-year-old Canadian UFC fighter, who is about to make history. A proud Sikh, Bhullar will become the first UFC fighter to enter the cage wearing a turban on Saturday.

“Education was needed,” said Bhullar, who does not usually wear a turban.

“That’s exactly what this opportunity was about. It’s about that education. To let people know – especially in the US – what the turban is. Don’t fear it, baby. Embrace it! It’s all good.”

Bhullar intended to wear a turban before his first UFC match last September, but didn’t get it cleared with enough advance notice.

“I guess that was the first time that it was an ask for the UFC, so they weren’t as familiar, or comfortable, with allowing that right away during fight week,” Bhullar explained.

“We got it cleared ahead of time this time.”

Extremely proud of his heritage, Bhullar became the first fighter of South Asian descent to compete in the UFC after a successful career in freestyle wrestling. The Richmond, BC native won gold for Canada at the 2010 Commonwealth Games, and represented his country at the 2012 London Olympics, before making the switch to mixed martial arts in 2014.

He’s had a successful MMA career to this point, and will put his 9-0-0 record on the line against Poland’s Adam Wieczorek Saturday in Glendale, Arizona at UFC Fight Night.