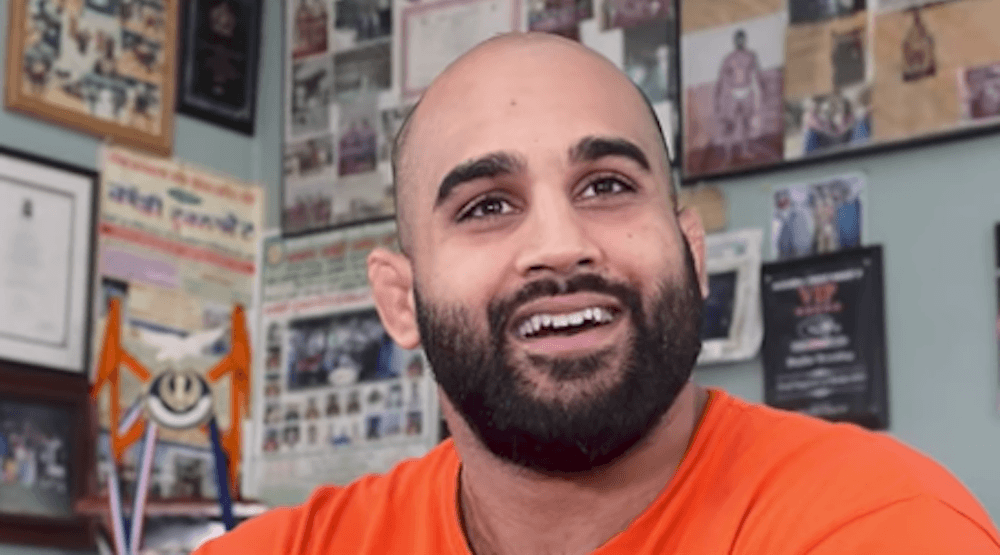 Richmond’s Arjan Bhullar has signed on the dotted line and is making the move to the UFC.

The 31-year-old will go from battling in small local venues like the Hard Rock Casino in Coquitlam (where he had his last fight), to the biggest organization in mixed martial arts.

“I will proudly represent the Maple Leaf and be the ambassador for over 1.7 billion South Asians,” Bhullar announced on his official Facebook Page on Thursday. “I fully appreciate the significance of this moment, and understand the seriousness of the task at hand. We will prepare accordingly.”

Bhullar is no stranger to the spotlight, having accomplished a lot in the sport of wrestling.

Coming from a wrestling family, Arjan told us about the historical significance of the sport in the Sikh community in an interview with Daily Hive last year.

On the global scene, Bhullar won a gold medal for Canada in freestyle wrestling at the 2010 Commonwealth Games, and represented Canada at the 2012 Olympics.

Now a wrestling coach with the University of the Fraser Valley, the MMA heavyweight is 6-0 since turning pro in 2014.