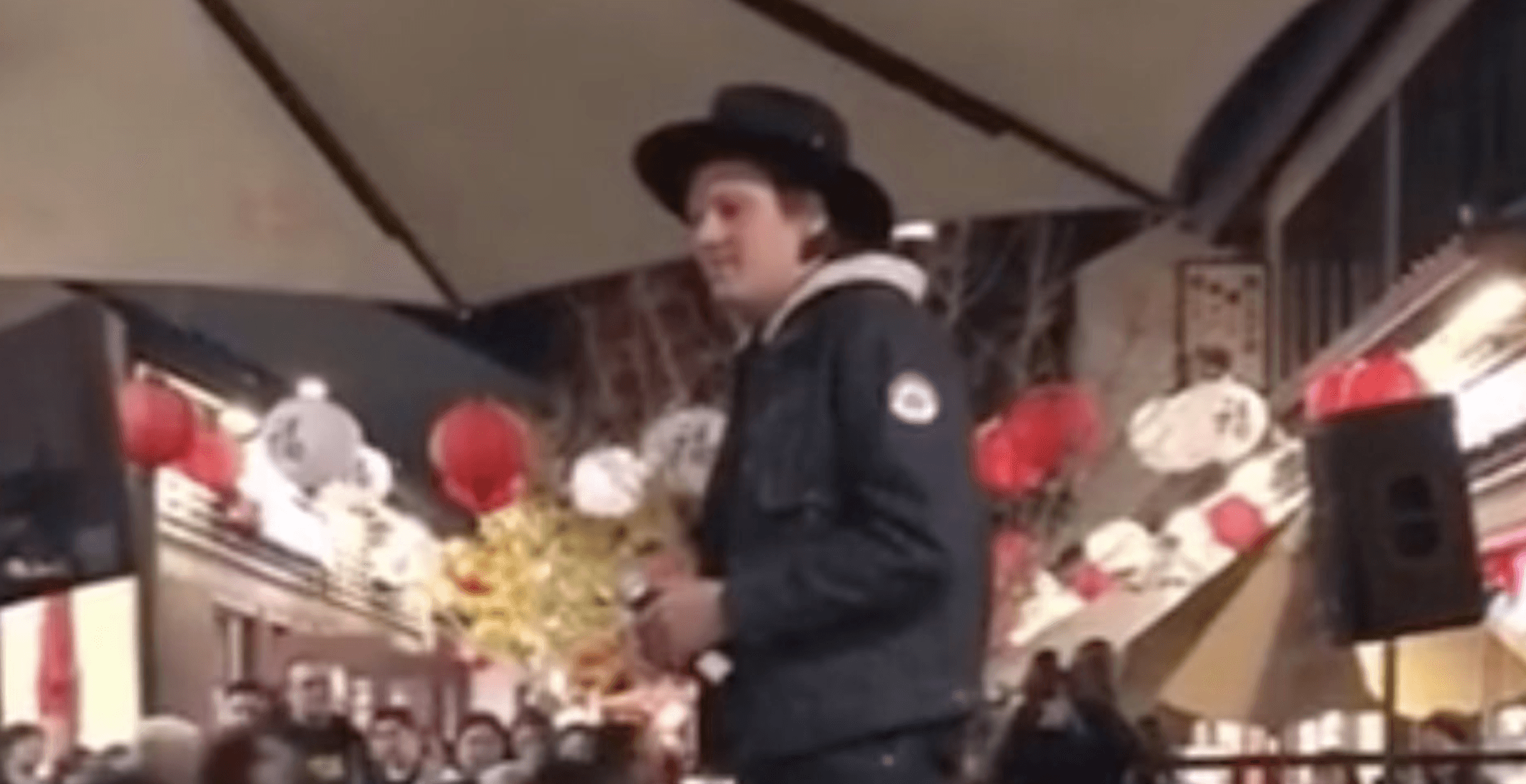 Win Butler of Montreal’s Arcade Fire was in LA this past weekend playing in the NBA All-Star Celebrity Game. But that’s secondary to the fact that he decided to do some impromptu karaoke while there.

Following the game, Butler visited Little Tokyo in LA and stopped by a local karaoke bar where he took the mic and performed the band’s single “Intervention” from their album Neon Bible.

So, uh, Win Butler just casually dropped by some karaoke spot in Little Tokyo (Los Angeles) last night. I’m guessing he maybe noticed they had “Intervention” on their repertoire and couldn’t resist, or something.

The performance was kind of random, to say the least. But hey, it’s proof that Butler reps Arcade Fire wherever he goes.

He was also nice enough to stop and take some selfies with fans.

Haahahaha i asked for a pic and he was like “do you want to take a selfie?!” OF COURSE I DO pic.twitter.com/zI0SdxcqDH

We can’t wait to see where Butler will perform his next karaoke gig.