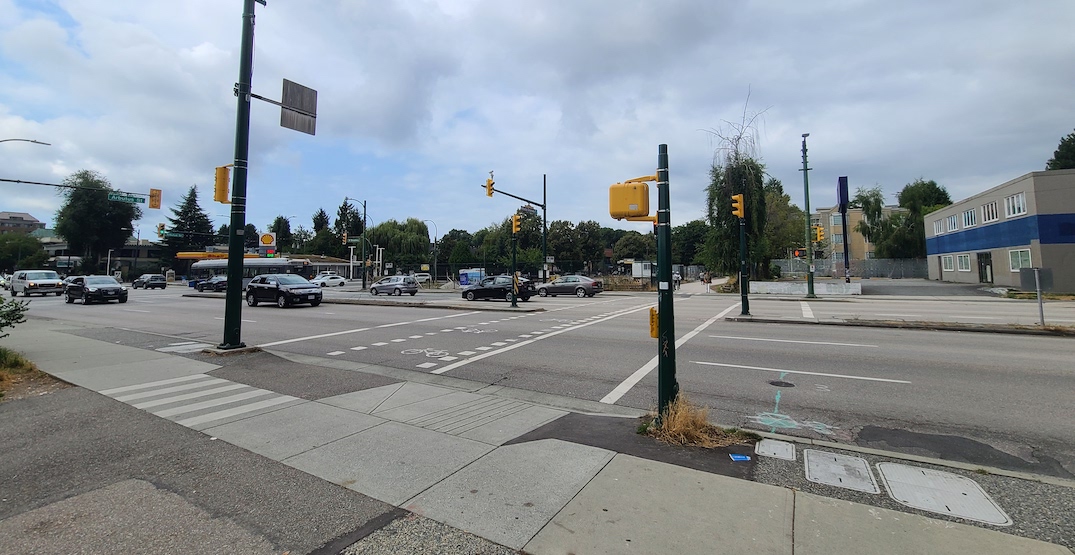 As of this week, a major section of the Arbutus Greenway is now closed to allow for construction activities for the Millennium Line Broadway Extension, specifically the construction of Arbutus Station and its bus exchange.

The years-long closure of the popular walking and cycling pathway is in effect between West 7th Avenue and West 10th Avenue.

From now until Fall 2025, pedestrians are advised to reroute to existing sidewalks, while cyclists are asked to use the existing on-street bike paths on 7th Avenue, 10th Avenue, Cypress Street, and Yew Street before rejoining the Arbutus Greenway. Drivers in the area should expect extra cyclist traffic. 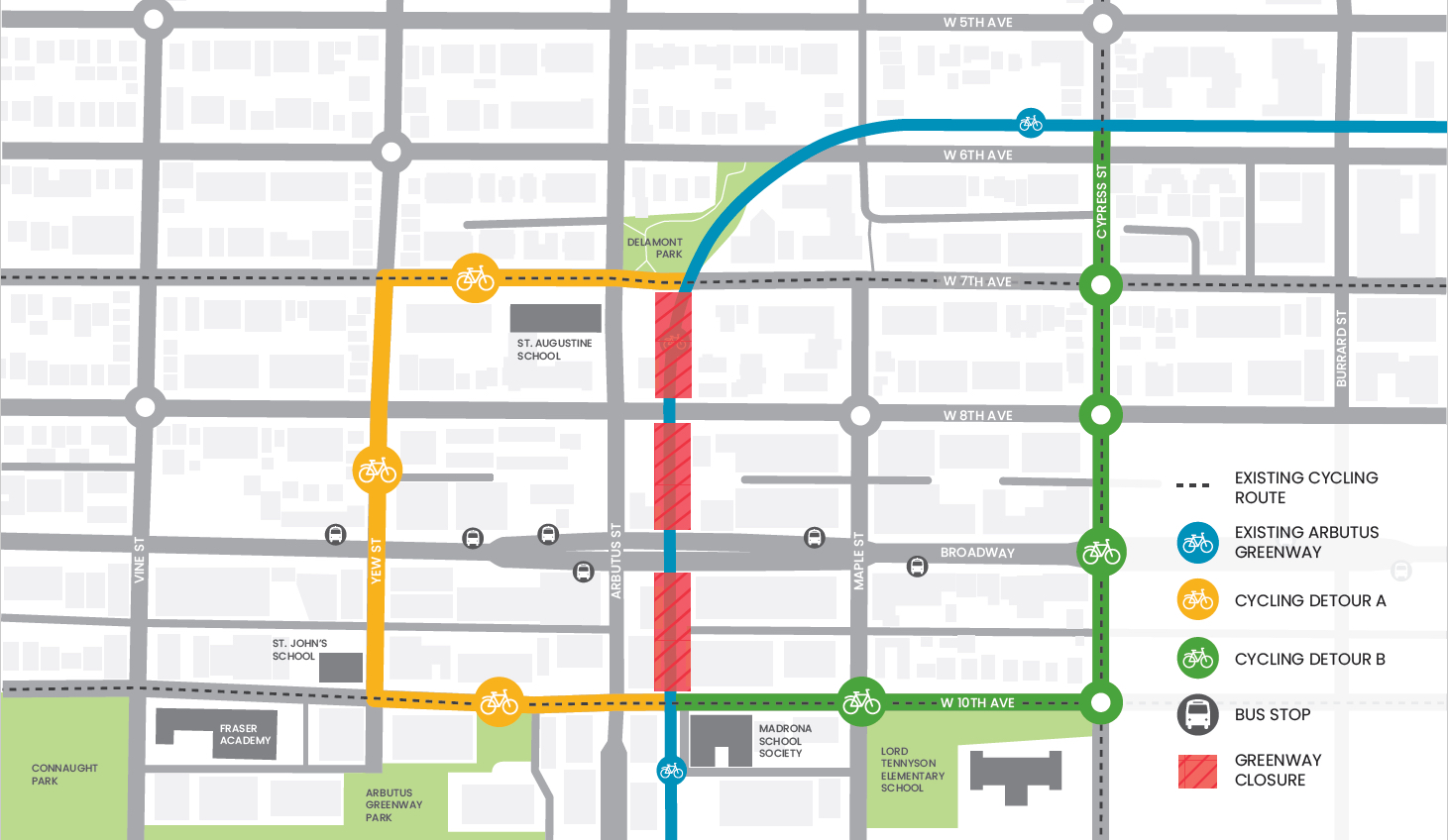 Arbutus Greenway detour for Broadway Subway construction, from August 2021 to Fall 2025. Click on the map for an enlarged version. (Government of BC) 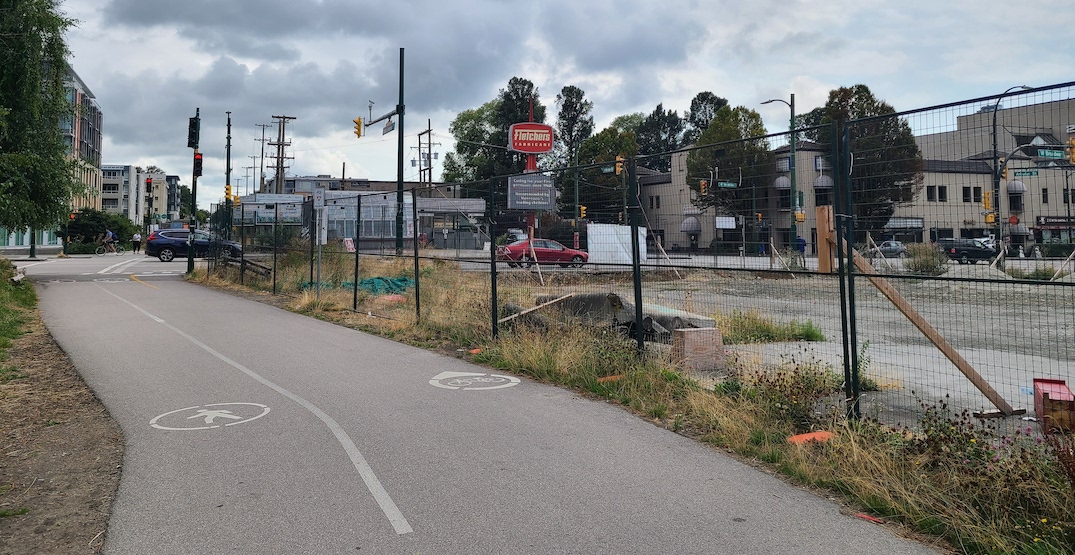 Arbutus Greenway crossing at West Broadway, next to the site of Arbutus Station and bus exchange. (Kenneth Chan/Daily Hive)

Signage and pavement markings advise cyclists and pedestrians of the greenway closure and detour routes. Work is being conducted to remove existing road lines and add new pavement markings.

The continuous segment of the greenway will be rebuilt and reestablished in Fall 2025. 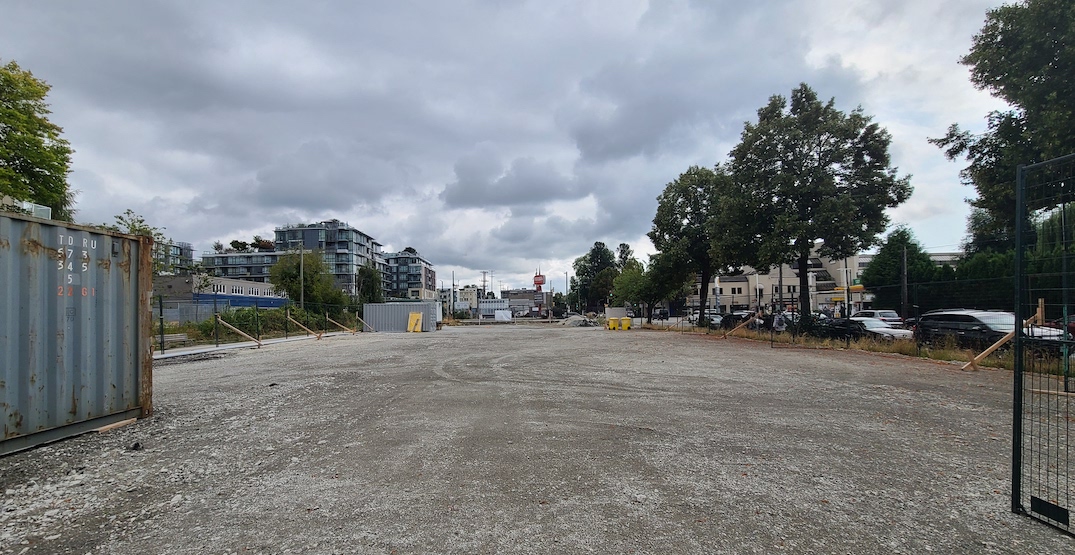 The site of the future Arbutus Station and bus exchange, next to the Arbutus Greenway. (Kenneth Chan/Daily Hive)

Arbutus Station will become the new western terminus of the Millennium Line, and a new bus exchange at the station for a truncated 99 B-Line route will serve to complete the remaining leg of the journey to the University of British Columbia. The new SkyTrain extension will open in 2025.

Traffic flow on Broadway is expected to improve in late 2021 and early 2022, when the four-lane road decks reach completion. Tunnel boring is expected to begin next year.

Broadway’s width at the station locations will be permanently reduced to four lanes upon the completion of the subway for added pedestrian space. 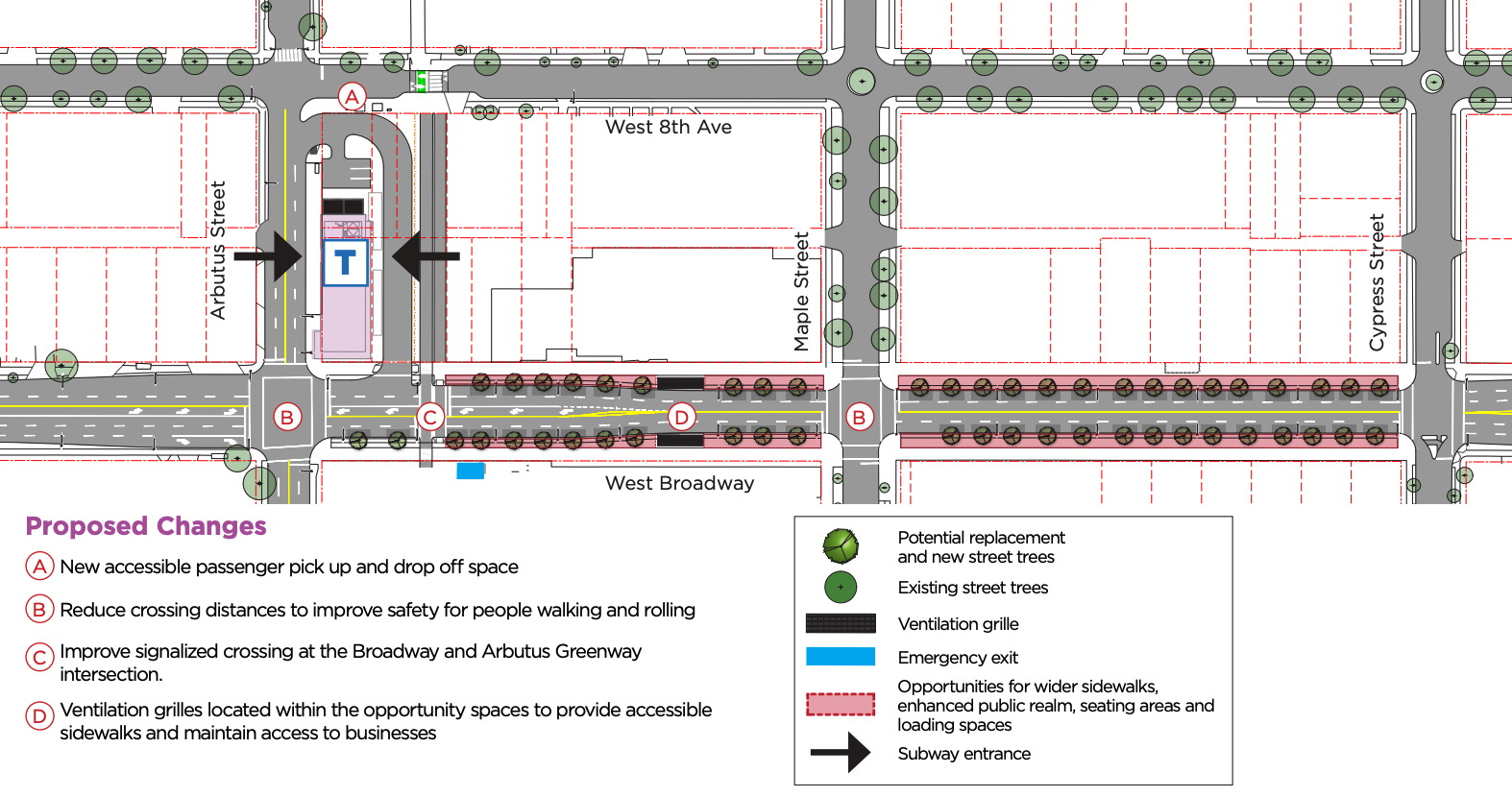 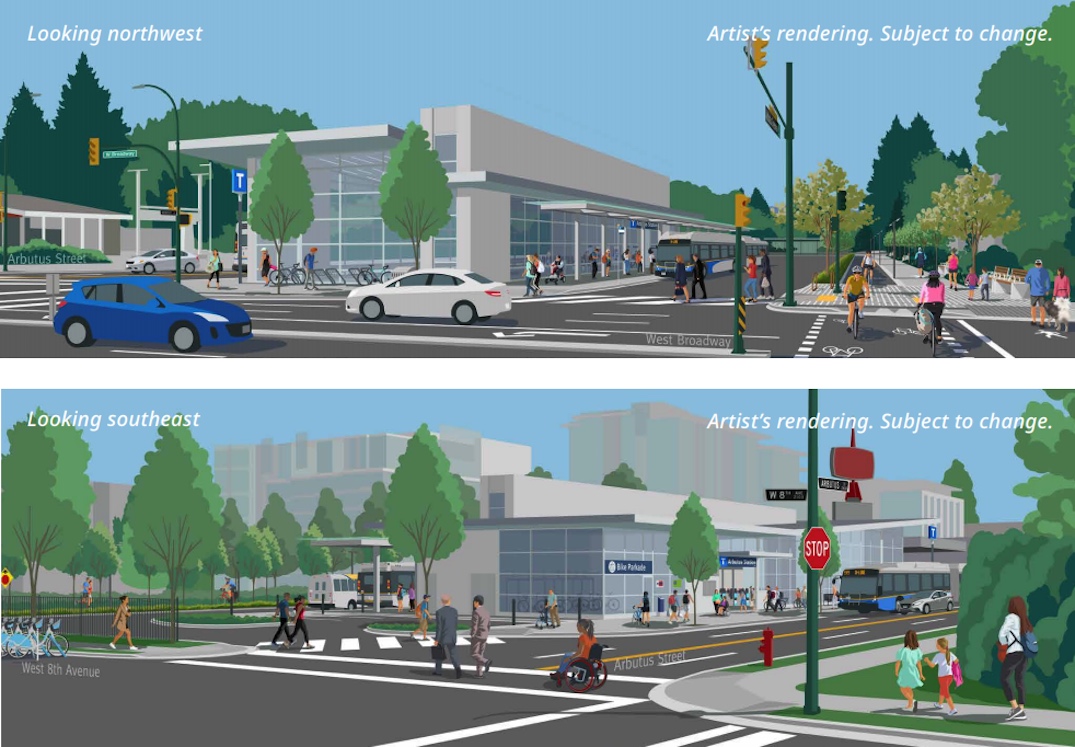