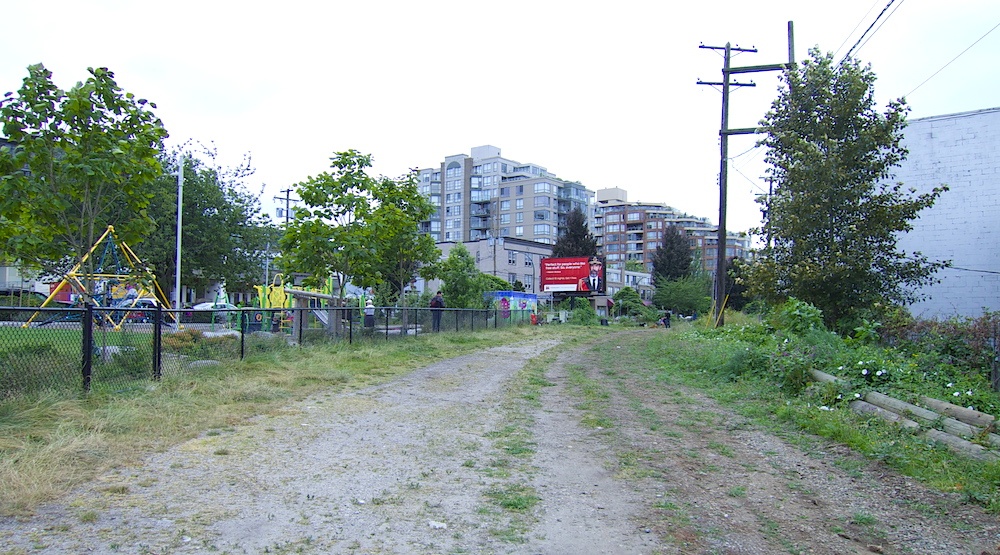 Work is well underway to pave a temporary asphalt pathway along the entire length of the Arbutus Corridor for the public to use until a permanent greenway is built.

Jerry Dobrovolny, General Manager of Engineering Services for the City of Vancouver, told Daily Hive that a four-metre wide hard surface pathway is being built along the Corridor so that the public can immediately use it for active transportation – cycling and walking – and enjoy the space.

“The reason for the path is so that all members of the public, whether they have mobility challenges or pushing strollers can use the path,” said Dobrovolny. “We want them to use the Corridor and see the Corridor.”

This also allows the public to experience the Corridor for public consultation process to come over the next two years beginning in the fall.

In early-March, the City of Vancouver announced it had purchased the Corridor for $55 million from Canadian Pacific with the intent of turning it into a greenway for cycling and pedestrians and reserving the space for a future light rail transit line. Some spans of the Corridor near False Creek could also be developed, and Canadian Pacific would receive a portion of the revenues from the municipal government should that occur.

At the time, it was estimated that the beautification of the Corridor would cost between $25 million and $30 million.

“We want to take our time with the community to design that,” continued Dobrovolny. “The reason for the temporary path is to get people using it right away. The more people the better so that they can see and experience what it’s like and they can contribute it more fully to the process.”

Canadian Pacific began removing the railway infrastructure in mid-March and recently fully completed the decommissioning process. Only the railway tracks at street crossings remain, which is the responsibility of the municipal government to remove.

Dobrovolny did not have an estimated cost for the temporary pathway project, which includes some grading work before asphalt can be laid on the ground.