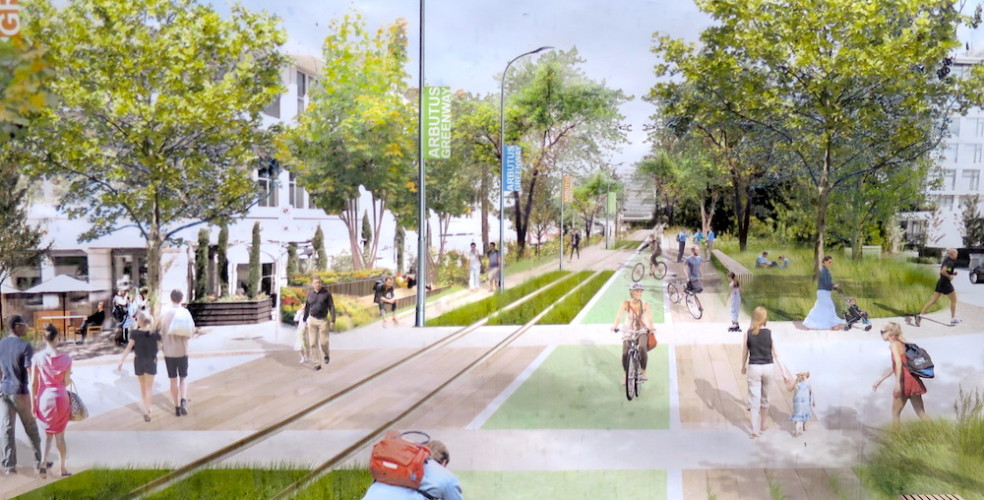 The City of Vancouver will buy the Arbutus Corridor from Canadian Pacific (CP) for $55 million for the purpose of transforming the narrow strip of land into a transportation greenway.

Mayor Gregor Robertson made the announcement this morning with Keith Creel, the President and Chief Operating Officer of CP. The deal encompasses 42 acres of unused railway space that runs for a length of nine kilometres from Milton Street to 1st Avenue.

The Corridor will be repurposed for green space, cycling, and pedestrian uses, and the right-of-way will be preserved for the future possibility of light-rail transit.

“The possibility for trains, passenger rail, rapid transit, and light rail in the future is the core purpose of this land [deal] going forward,” said Robertson during a press conference. “For our transportation future, this is an important corridor and one that we want to preserve. As the city grows, there will be undoubtedly be more pressure and need for transportation improvements so we want that option to remain open for the city. It is impossible to acquire a strip of land like this anywhere in the city.”

“At the same time, it will be a greenway for people to use. Many of us now look forward to getting along the Arbutus Greenway, being able to walk, run and bike and enjoy an amazing stretch of land through Vancouver and see it be improved for public use in the years to come.”

CP will begin removing its rail infrastructure along the Corridor within a year, with all rail removed in two years as stipulated by a schedule. It had previously argued that the Corridor was worth a minimum of $100 million if zoning permits residential and commercial uses. Originally, the City had offered just $20 million for the lands.

The standoff has now ended with the railway company settling for not only a higher transaction price tag, more than twice of what was originally proposed by the City, but also a revenue sharing agreement should any of the Corridor’s lands be used for development purposes.

Under the agreement between the two parties, CP could receive 75 per cent of the first $50 million of the proceeds from land used for development. This decreases to 50 per cent and 25 per cent for further increments of $50 million in proceeds, up to $150 million.

Alternatively, the railway corporation could exercise its option for the lands between West 1st and 5th Avenue, which would eliminate any revenue sharing possibility for any of the lands sold elsewhere along the Corridor. In this arrangement, the City will attain 50 per cent of CP’s excess proceeds beyond $75 million.

On the matter of whether the $55 million is a fair amount, Creel said they have “battled long enough” with the City and want to carry on for the sake of their shareholders.

The last trains to run on the Arbutus Corridor was in 2001, to the Molson Brewery before it switched to using trucks, and shortly after CP explored options to develop its property. But the municipal government fought back against the idea for the interest of reserving the Corridor for future light rail transit uses: It won a case in 2005 in the Supreme Court of Canada, which upheld a previous municipal zoning restricting the right-of-way’s use to greenway and car-free transportation uses.

Relations between CP and the municipal government became tense beginning in mid-2014 when the railway corporation began removing illegal community gardens for its plan to reactivate the railway into storage space for its rail cars.

And in early-2015, the B.C. Supreme Court rejected an injunction application submitted by the City of Vancouver to force CP to stop demolishing structures and clearing vegetation along the Corridor.

“Both parties had a change of hard after a particularly difficult stretch when CP was looking to reactivate the railroad,” said Robertson. “There has been many years of a challenging relationship, and some months ago – late last year in the fall – we saw a change of heart in terms of both parties an willingness to come to the table and work out our differences.”

Creel says his company was serious about using the Corridor for rail car storage purposes, that it was not just a bargaining chip for its negotiations with the City.

“Unfortunately, the economy is not in the position we’d like it to be,” said Creel. “It has created a tremendous surplus of rail cars, so there is a shortage of locations to store rail cars today. We will have to find another place, take some of this money and invest in new storage spaces if we need to.”

In the meantime, Robertson is asking residents to not encroach on the Corridor – to not build any new gardens on the land. Currently, there are about 350 permitted garden plots on City-owned land along the existing railway. 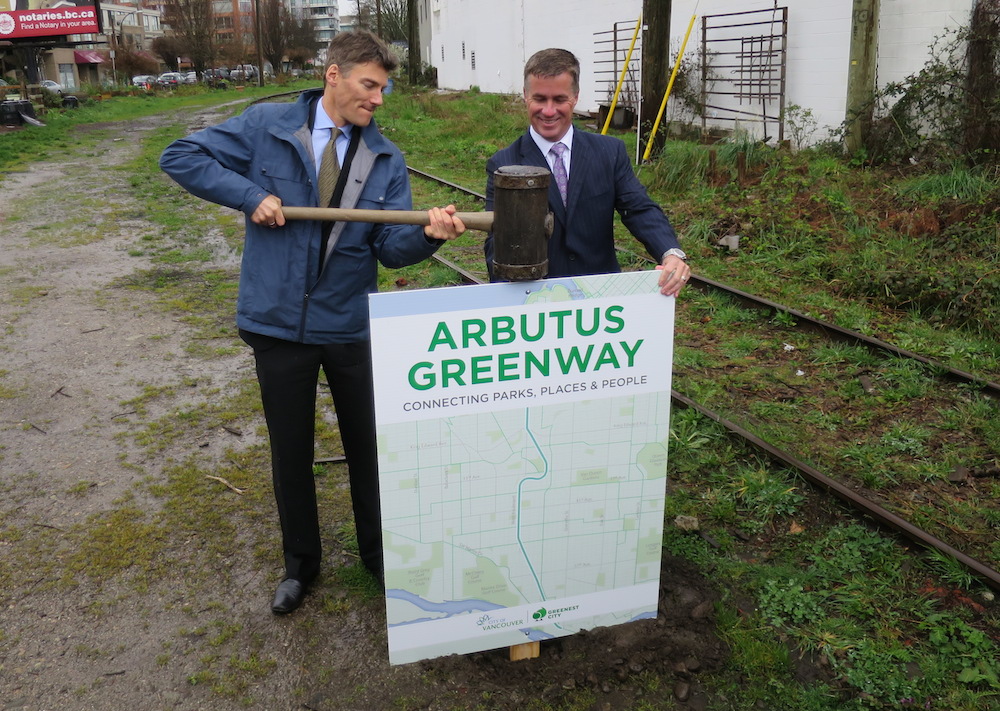