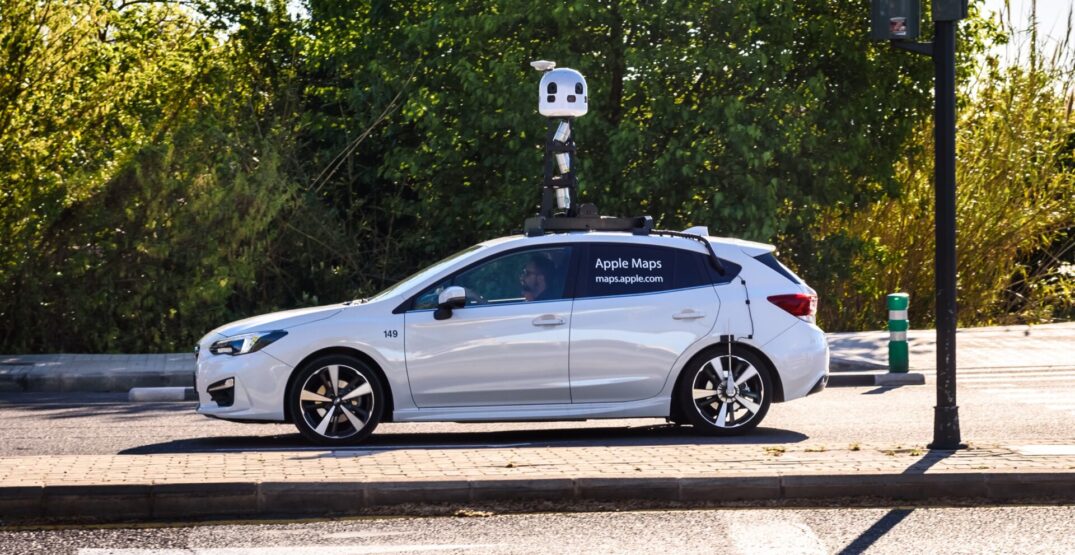 If you see someone driving around in an Apple Maps car in Vancouver, then say cheese!

Apple Maps will be hitting the pavement across Canada to gather on-the-ground images for its Look Around feature, deploying image-collecting backpacks and vehicles to scope out the city.

The company announced it would be in several Canadian locations, including Metro Vancouver, conducting ground surveys this summer.

Equipment-filled vehicles will explore Vancouver’s streets, and specially-equipped backpacks will be used to gather info about pedestrian-only areas.

Here’s a map of where it will be gathering pedestrian data in Vancouver: 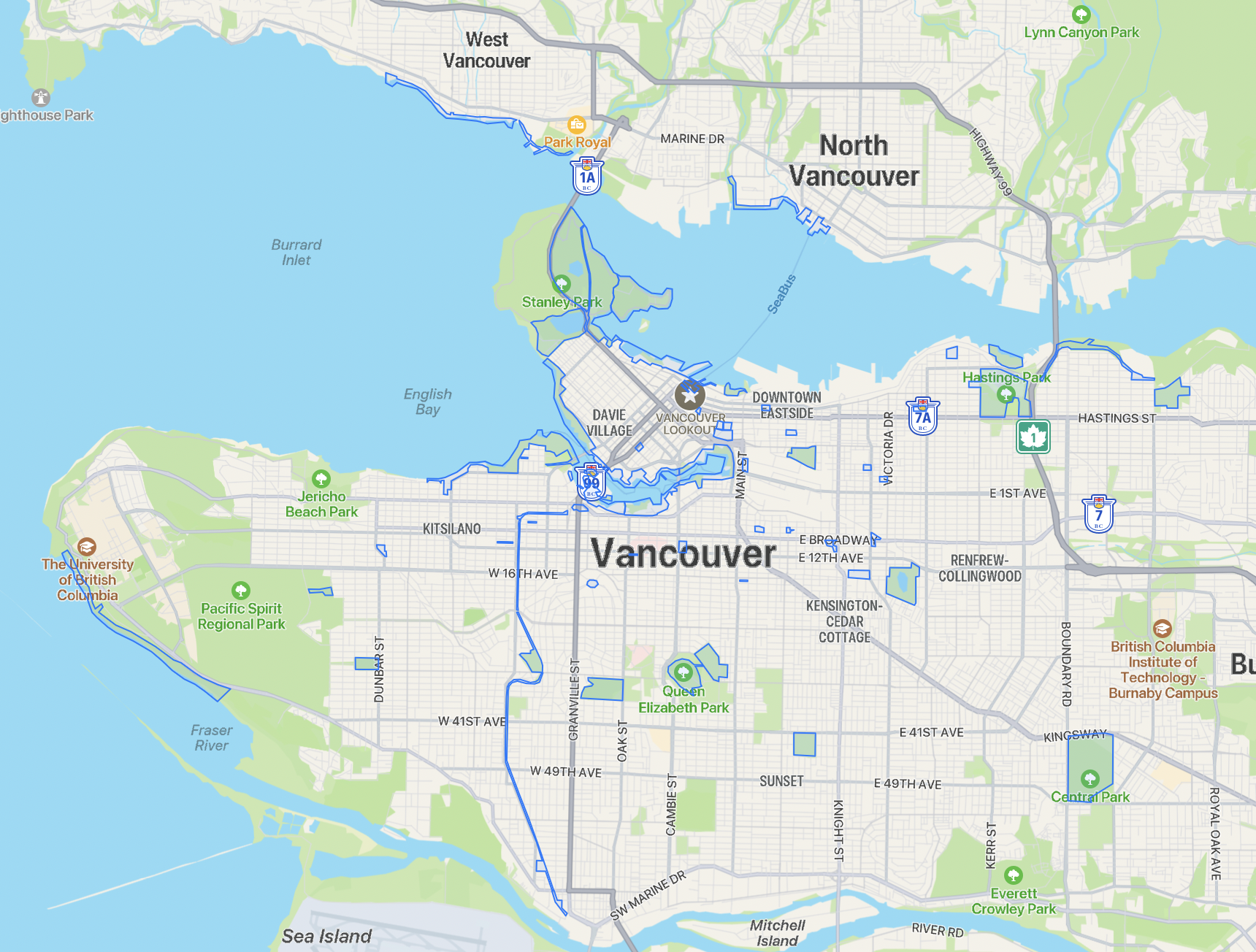 In Vancouver, it looks like they’ll use backpacks to collect info about the city’s parks and pedestrian walkways like the Seawall and the Arbutus Greenway.

Apple Maps will be gathering data from August 8 to September 30, and it’s not just heading to the city, either. Its vehicles plan to explore many locations in BC, from the Fraser Valley to the Northern Rockies.

And if you see one of its cars or backpacks this summer, then wave hello!