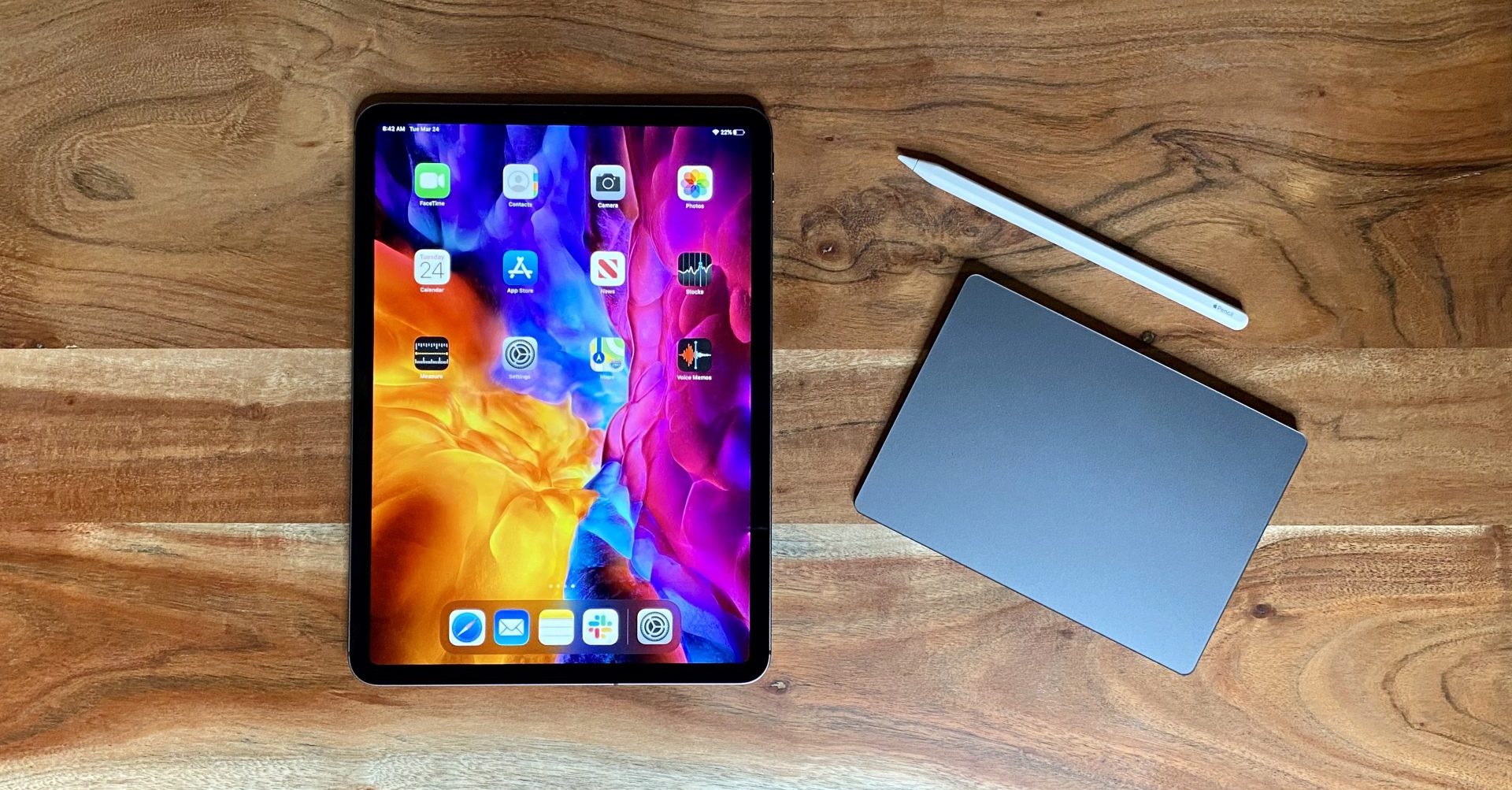 When the first iPad was unveiled in 2010, who would’ve guessed that a decade later nearly half a billion tablets would be sold around the world.

Building on the success of the iPad Pro that came out in 2018, Apple has kept the same shell with upgraded guts, new cameras, and an increased spotlight on augmented reality. But that wasn’t the focus for consumers when the product was unveiled last week – it was the new magical keyboard case highlighting trackpad support.

What would an iPad with a mouse be like, and what was so good about a new AR scanner? As someone who’s used an iPad casually since it first came out, I was so curious to get my hands on the new iPad Pro and find out.

Going wide angle with the cameras

As an average user, I could never see myself taking photos on an iPad – I generally make fun of people who do (you know, the ones who bring it to a concert and try snapping pics). But when you see the new cameras in action and realize their potential, you think twice about all that. 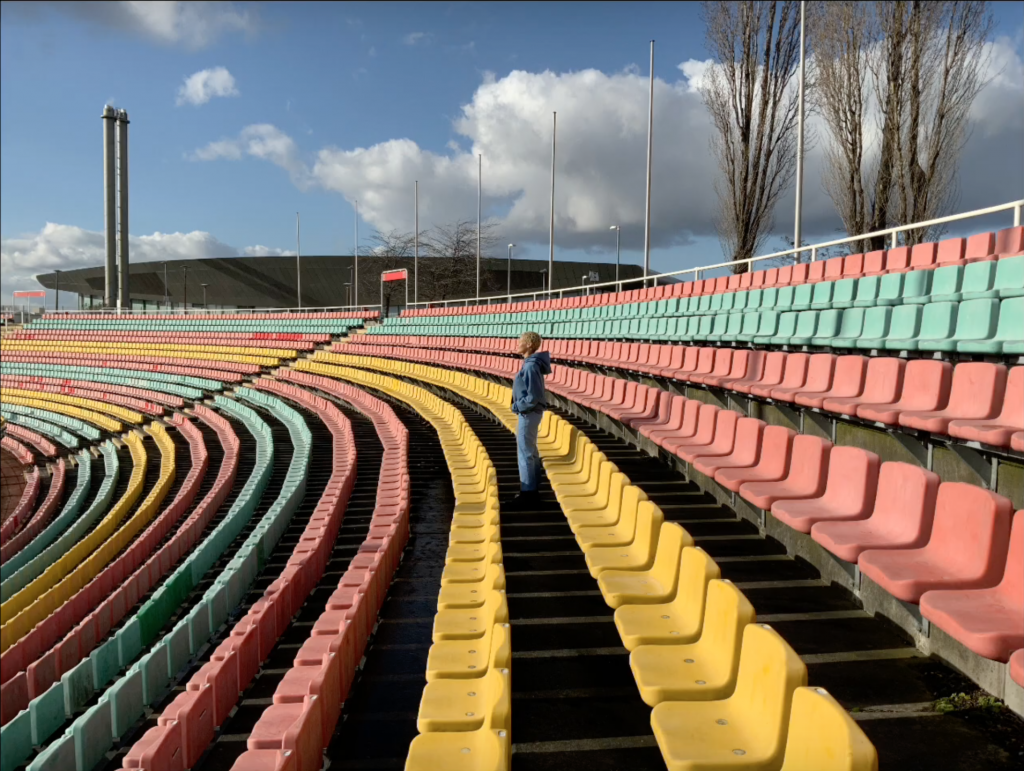 The iPad Pro has two cameras: a 12MP wide camera with 4K video, and a 10MP ultra-wide camera. The latter is the game changer, especially for creative pros. Imagine being a designer or architect and getting a 125-degree field of view (note: that’s five more degrees than the latest iPhone’s ultra-wide camera). 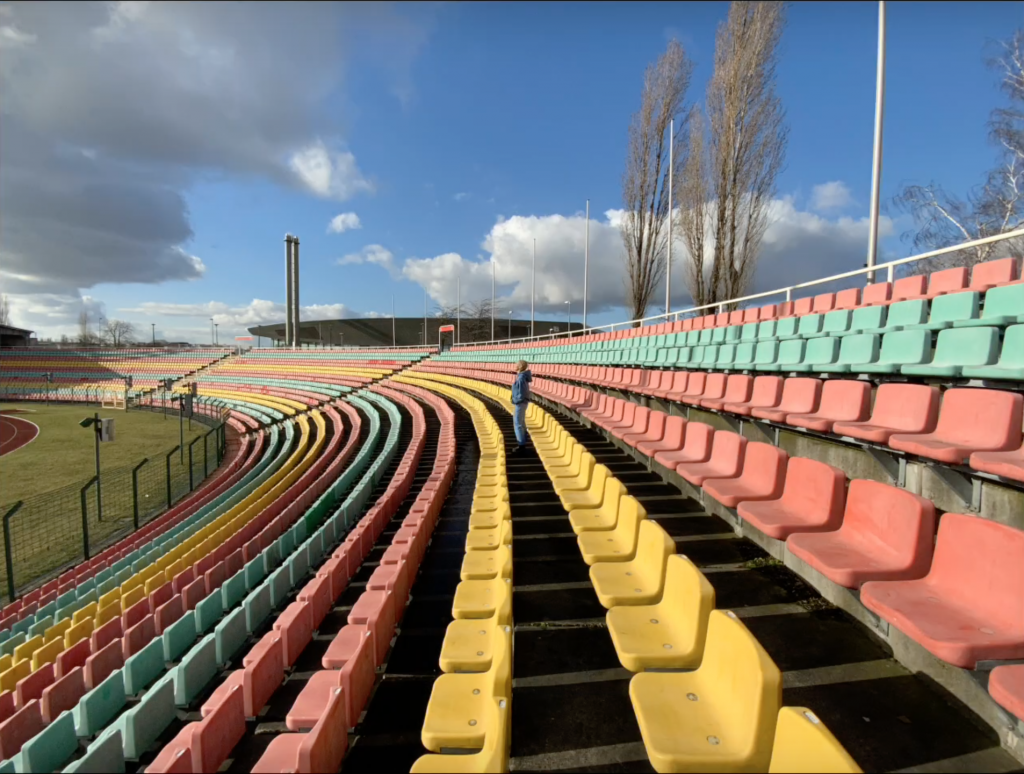 The possibilities become endless (once you can get out of your home).

No, that’s not a third camera, it’s actually a Light Detection and Ranging scanner, coined as Apple’s “LiDAR Scanner.” Working in tandem with the cameras and motion sensors, this little thing measures the distance between objects and points and shoots out reflections using low-power lasers. It means rather than waiting for a camera to scan the surrounding environment before acting, it’s already gathering data and ranges. 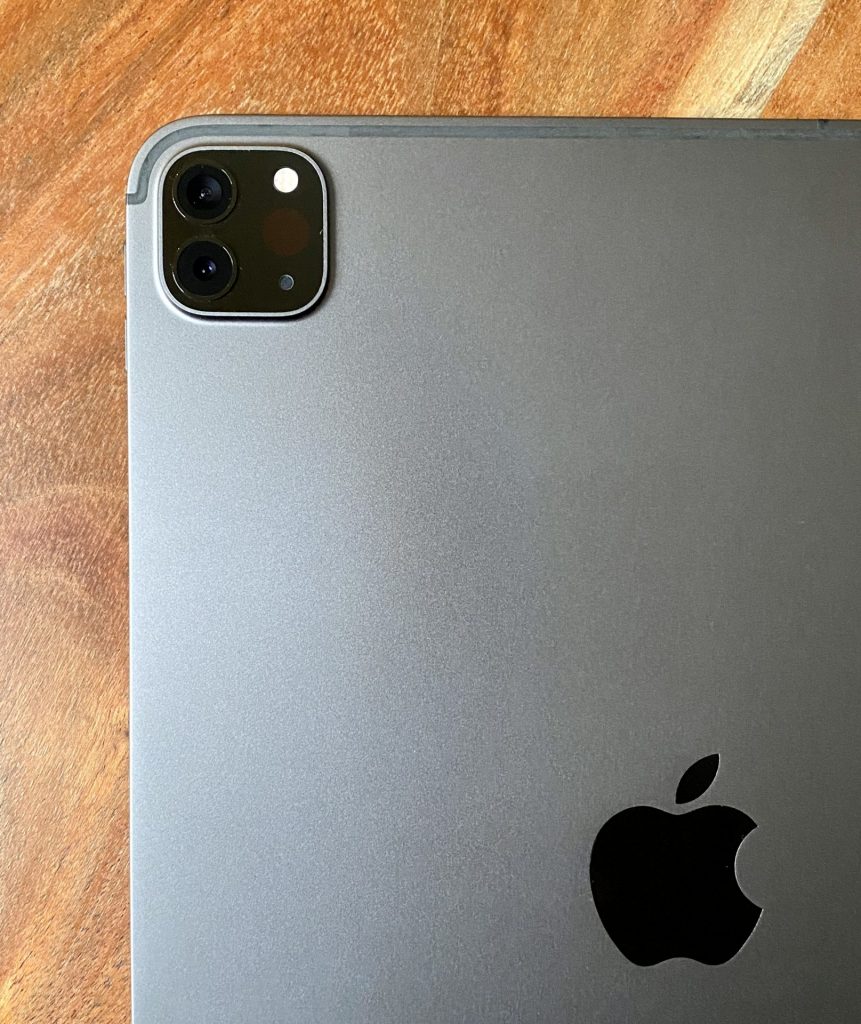 So if you’re cooped up at home and wondering how tall your roommate is, or how wide your TV is, or how big of a rug you need, just use the new native Measure app and figure it all out easily and quickly. 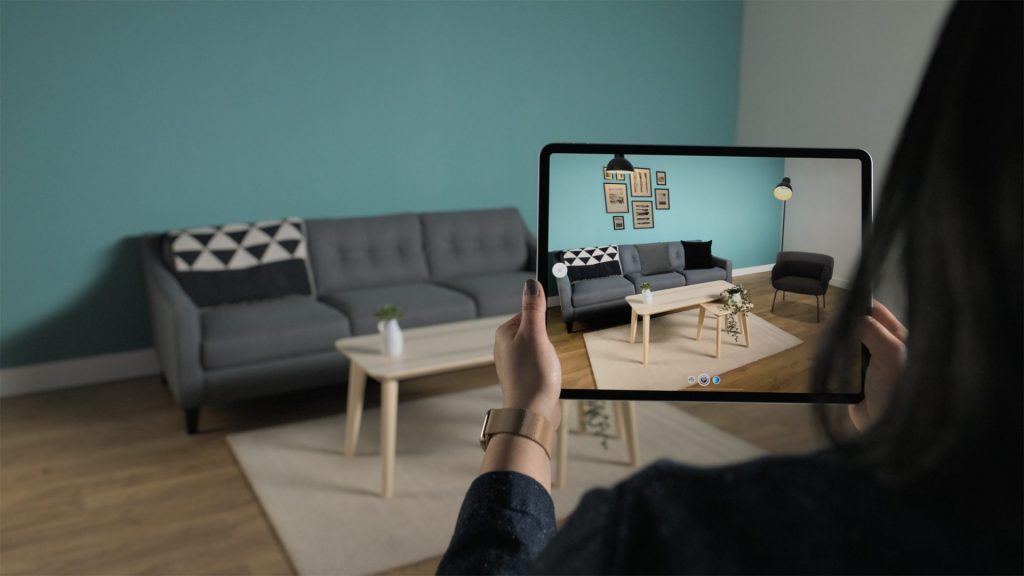 From measurements to games, science to furniture, having tech equipped to show us an augmented reality is going to take us leaps and bounds further into the future, and that’s what you can see is happening with this new device.

Going back to “clicks” with trackpad support

When the Apple Pencil was unveiled in 2015, it was used to enhance the user experience, get more refined with certain apps, and also limit the amount of screen you touched. Now, this is another step in that same direction.

If you’ve used an iPad before, you know that your finger isn’t always the best input, contrary to what Steve Jobs said. Sometimes you want to get a bit more minute, or select things in a better and faster way. Now, they’re giving you all that and more.

Connecting a trackpad (whether external or built into a case) gives you specific, more defined actions. No matter where you are, or what app you’re using, the pointer will automatically adapt to what’s on screen.

Whether you want it as a pointer (or in this case, a little circular dot), cursor to select text, or to click a button, it changes to whatever you need seamlessly.

At first, it was a strange experience. For the longest time, we’ve trained our minds to use these tablets as a touchscreen device, needing “taps” rather than “clicks.” But with that known, using a trackpad with it was simple. It’s unlike any mouse cursor you’ve ever used before, but you knew exactly how it worked, without hesitating.

There’s probably been more talk online of the new Magic Keyboard case, that’s set to come out in May, than there was about the new iPad Pro itself. And with reason – it looks like a thing of beauty, having the iPad float on the case. Magic. 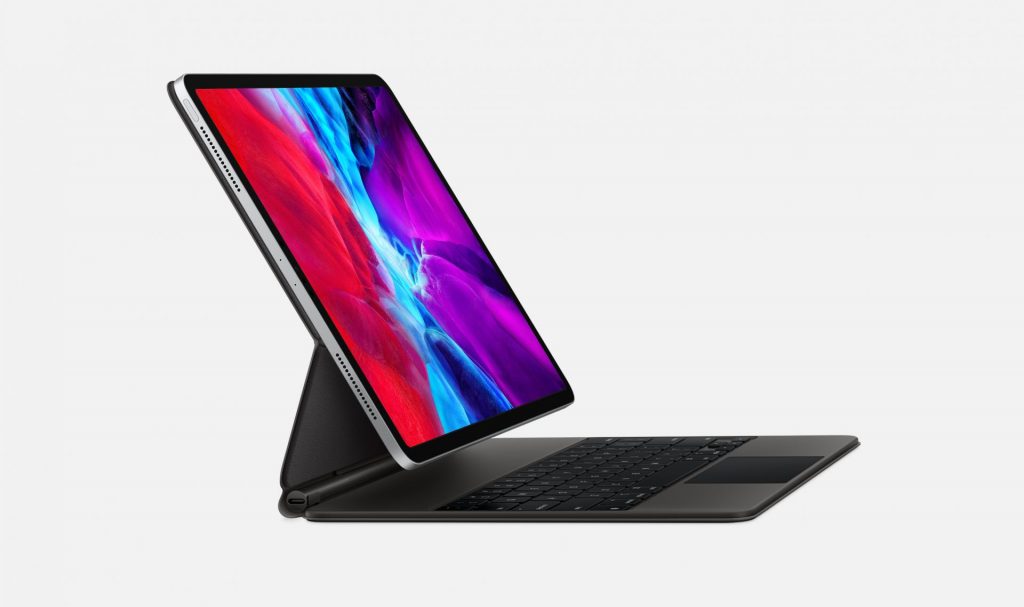 It’s not coming out for a couple months, but there’s already excitement for a new, full-size, backlit keyboard with real keys, rather than the mushy style you find in the current Apple case. It’s expensive, starting at $399, but if you’re getting the new iPad Pro you’ll probably/definitely want it.

With the exception of new cameras on the back, this upgrade of the iPad Pro looks identical to its predecessor. It’s complete with the stunning Liquid Retina screen on the outside, and on the inside, it’s got a bit of a faster processor, going from an A12X chip with 7-core GPU to A12Z chip with an 8-core GPU.

Like the 16-inch MacBook Pro, the iPad Pro comes with five studio-quality microphones, so you can record music, take 4K videos with great audio, or FaceTime your friends and family with pitch-perfect sound. 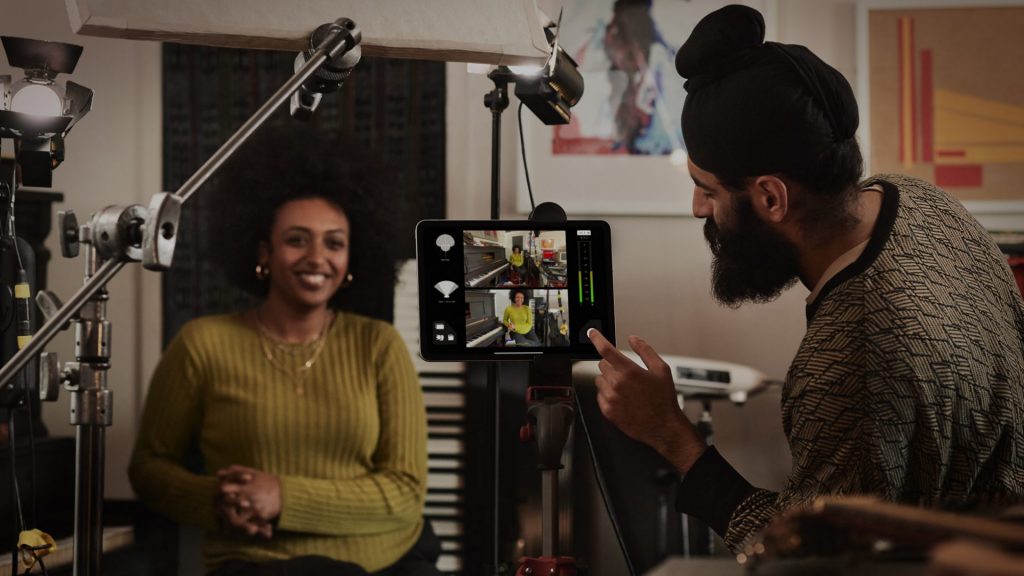 I’ll admit, and Apple probably would too, that the iPad Pro isn’t for everyone. It’s always been about pro performance and big graphics, making it the ultimate pro device. With the new LiDAR Scanner and cameras, it could push boundaries in industries like architecture and design.

But that doesn’t mean it’s not for the everyday user. Ever since the 11- and 12.9-inch iPad Pro models came out, many have opted to replace their notebooks with it instead. And with further enhancements across the board, we’ll likely see more and more going in this direction. Either that or, if sticking with the Apple ecosystem, the new and improved MacBook Air.

The iPad Pro starts at $1,049 for 128GB and goes up to 1TB in storage capacity. It’s available in both WiFi and LTE, and is available everywhere now.