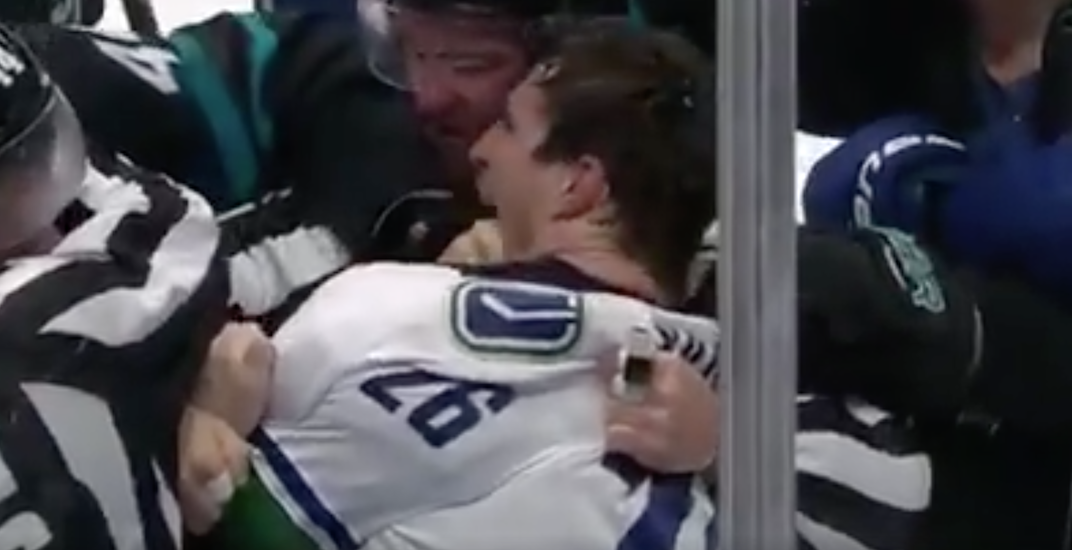 Antoine Roussel avoided suspension, but has been hit in the pocket book.

The Canucks forward has been fined $5,000, the maximum allowable in the NHL, for biting the hand of Sharks defenceman Marc-Edouard Vlasic late in Friday’s game in San Jose. The money will go to the Players’ Emergency Assistance Fund.

Roussel and Vlasic got tangled up after a whistle with 40 seconds left in the 4-0 Sharks win.

The bite is clearly visible in this video:

Here’s @Vlasic44 getting his hand bit at the end of tonight’s #SJSharks win. pic.twitter.com/33tRTeZm3X

Vlasic showed a bite mark on his hand to San Jose reporter Kevin Kurz after the game. Roussel has not spoken to media since the incident.

Desperate for a win, the Canucks will try to put an end to an eight-game losing streak tonight against the Kings in Los Angeles.