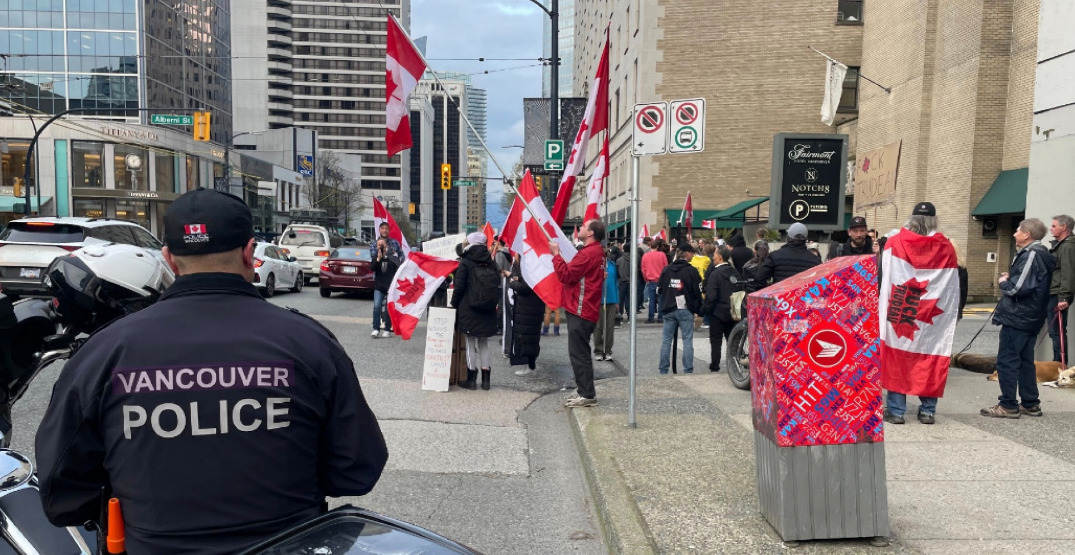 Prime Minister Justin Trudeau had a planned visit to Vancouver today, and a convoy that was also scheduled to hit Vancouver assembled to meet him.

The prime minister has been in and around Vancouver today, beginning his visit with a keynote address at the Vancouver Convention Centre.

Photos and videos have also been shared of Trudeau visiting other locations, like David Thompson High School in East Vancouver, where he was having a discussion with students about climate change. 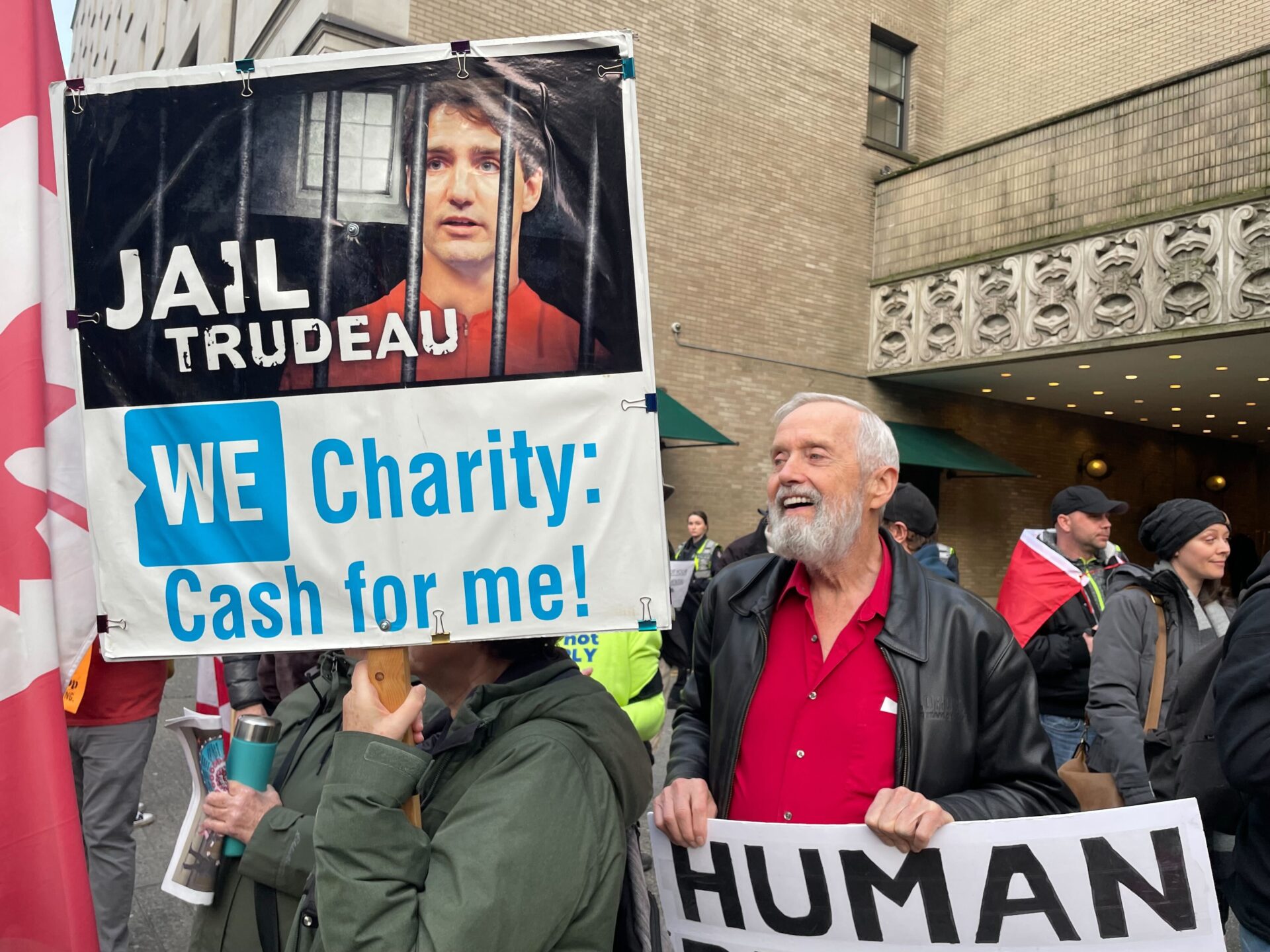 As of 6 pm on Tuesday night, protesters were blocking the right lane of Burrard Street, heading north, in downtown. Some protesters were seen spilling out onto the road.

Something called the “Honk Bus” just showed up at the anti-Trudeau protest in downtown Vancouver and people are losing their minds. pic.twitter.com/lsW1FoQFXI

Some of the signs indicate potential motives for the protest, including suggestions that Trudeau has violated human rights. Other signs are referencing the WE Charity scandal. 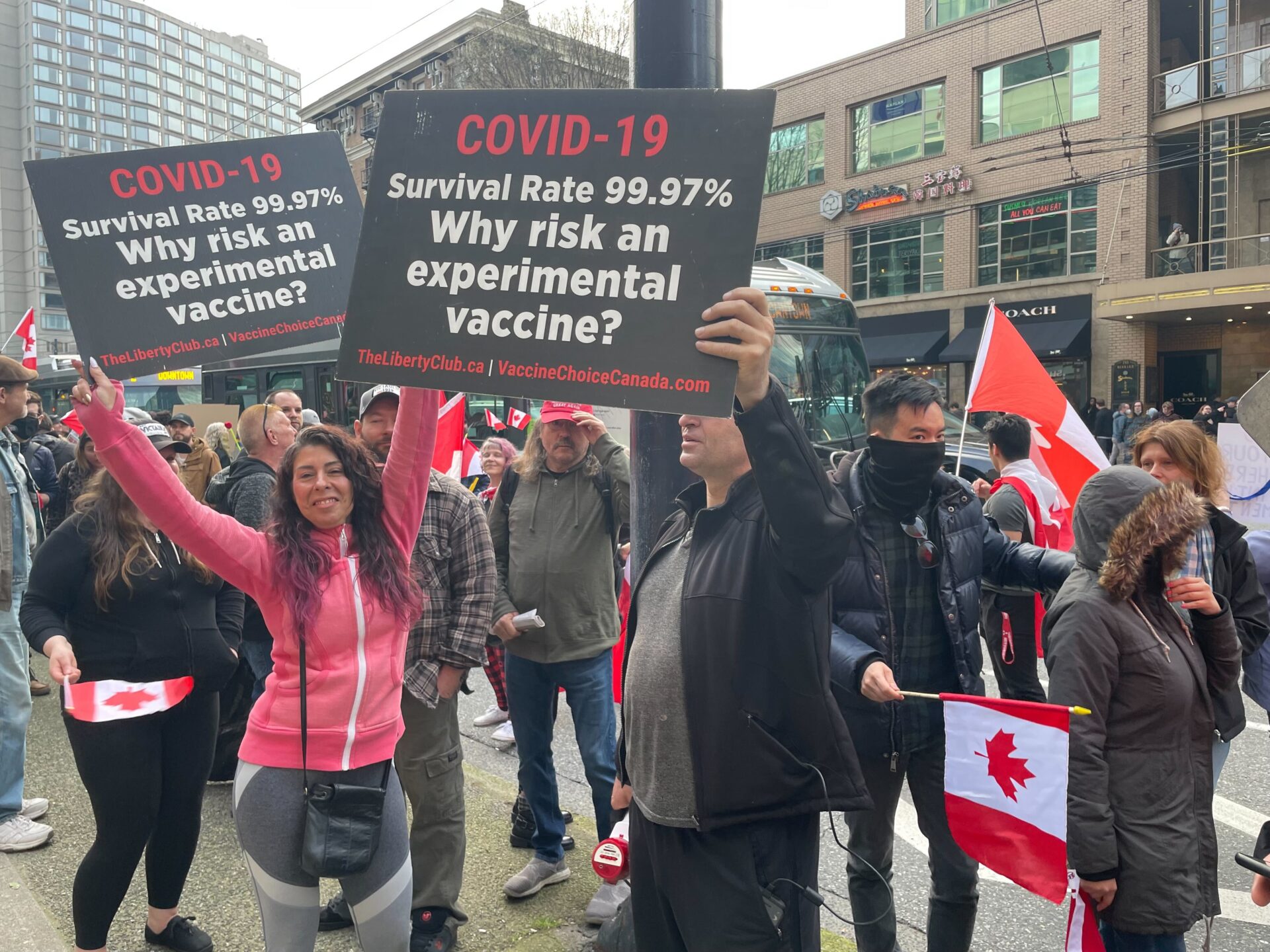 Some are also expressing anti-vaccine sentiments, suggesting that COVID-19 has a 99.7% survival rate, “so why an experimental vaccine?”

The anti-Trudeau have posted up in front of Hotel Vancouver. Lots of air horns and Fuck Trudeau signage. pic.twitter.com/zbTXQmmhCI

A tweet from someone who was taking part in the convoy suggested they were going to drive to the Fairmont to “say hello.” Vancouver Police are also on the scene.

Justin Trudeau in Vancouver today. Convoy protest starting in Chilliwack at 10am and driving to Fairmont downtown to say hello. Be there if you can! pic.twitter.com/NMwDpYwkDv

With files from Aly Laube