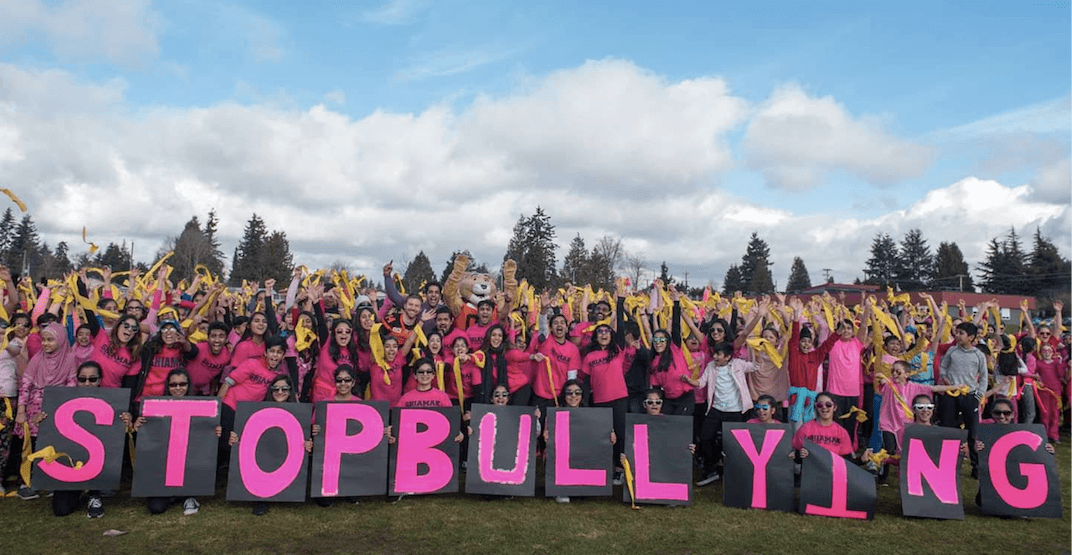 For the fifth year in a row, a massive flash mob dance with the purpose of raising anti-bullying awareness took place in Metro Vancouver, on Wednesday afternoon.

Described as an event by the community for the community, the “Anti-Bullying Flash Mob” is a non-profit community initiative organized each year by volunteer Sean Bindra, a resident of Delta.

This year, it took place at Surrey’s Tamanawis Secondary school.

“More than 5,000 Youth from Surrey and Delta have now participated and danced in this community initiative in support of the anti-bullying message,” said Bindra. “The youth are our future so it is important to organize anti-bullying initiatives like this.”

The students were joined by members of the Surrey RCMP for the event, and the dance choreography was provided by instructors from the South Asian Arts Society.

“Bullying has no place in our world, so we’re all for supporting any initiative that brings the community together to stand in solidarity against bullying,” said South Asian Arts Society Executive Director Gurpreet Sian. “SAA Society will continue to support the Anti-Bullying Flash Mob event in future years.”