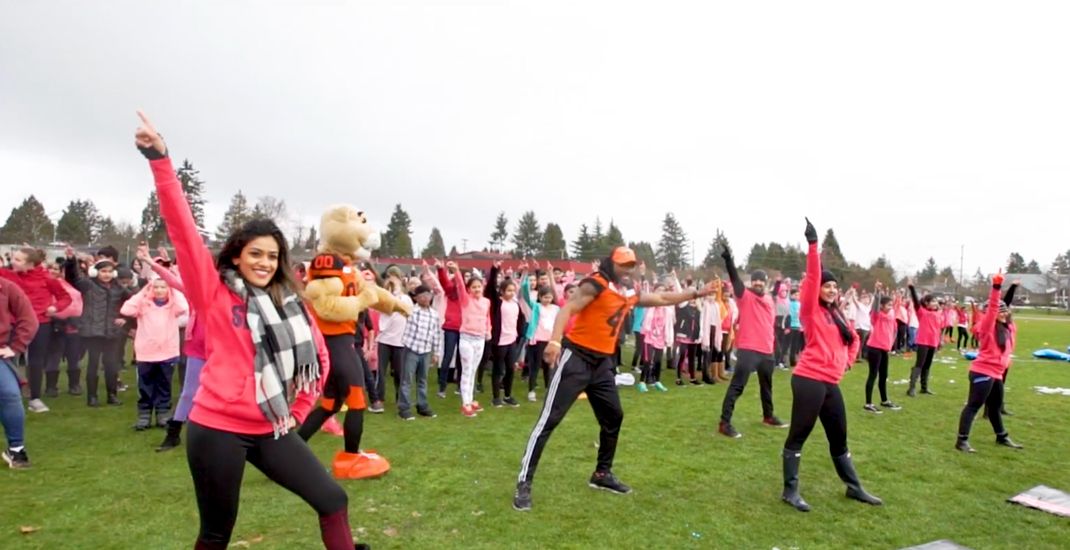 Over 1,200 students took part in a pair of anti-bullying flashmobs recently, and the whole thing was captured on camera.

The fourth annual flash mob was meant to raise awareness for the anti-bullying initiative and help people understand the importance of standing up against bullying no matter what form – physical, verbal, cyber, or social.

“I was bullied growing up so it is my mission in life to spread love and happiness,” said event organizer and founder Sean Bindra. 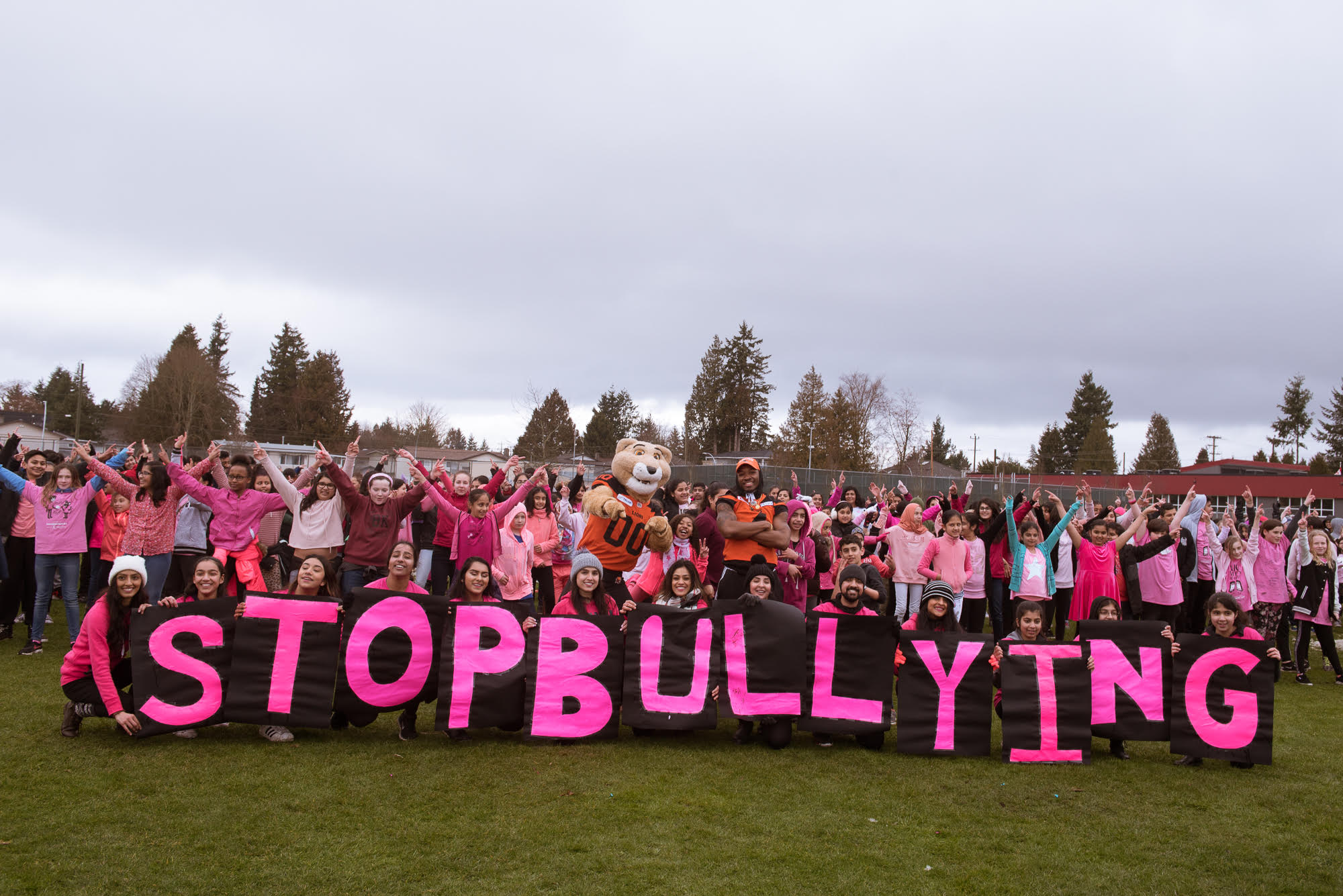 Students from both Delta and Surrey took part in the event. They were joined by BC Lions running back Tyler Davis, as well as team mascot Leo the Lion.

“This is the fourth time I am organizing an Anti-Bullying Flash Mob, with the support of the Shiamak Vancouver Dance Team,” Bindra added. “Through our efforts, we have been able to reach out to more than 4,000 youth from Delta and Surrey. The youth are our future so it is important to organize anti-bullying initiatives like this.”

“Most of us have faced some sort of bullying and it leaves a scar for life,” said Shiamak Davaar, Artistic Director and Founder of The SHIAMAK Group. “We’re all unique and this is what we need to embrace.”

This year was made extra special extra special, thanks to a tweet from Canada’s Minister of National Defence, Harjit Sajjan, commending those who took part in the event.

It takes all of us to stand up to bullying. Congrats to the Delta School students and @BCLions for spreading kindness through your anti-bullying #flashmob! #KindnessMatters https://t.co/UAa6z9CEMM