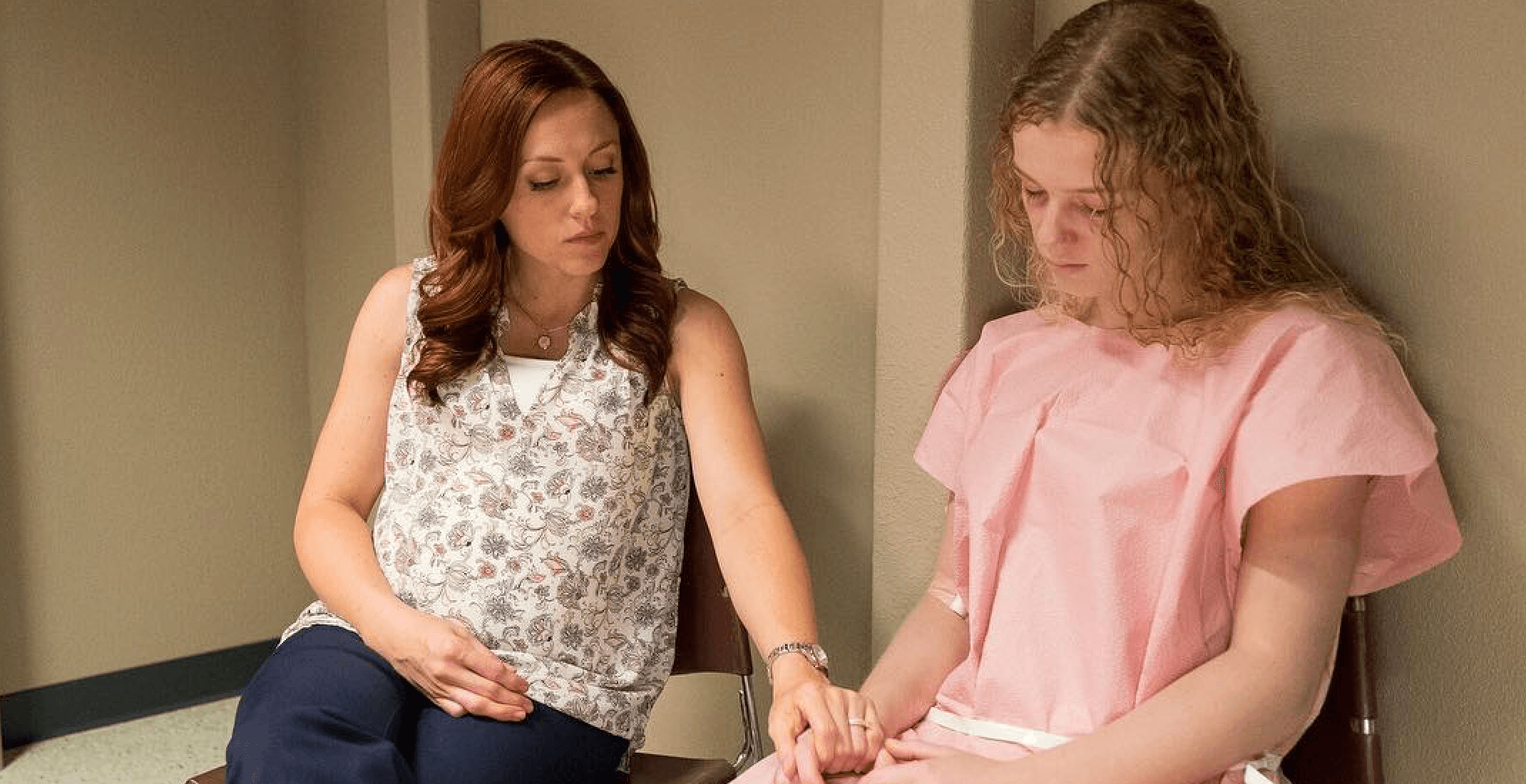 The controversial anti-abortion film Unplanned will be premiering in BC on Friday and one theatre Fraser Valley has already sold out screenings.

Unplanned centres around Abbey Johnson, one of the youngest Planned Parenthood clinic directors in the US, who ends up changing her position after she participates in an actual abortion procedure for the first time.

The film is scheduled to play at nine BC locations, including theatres in Pitt Meadows, Chilliwack, Langley, Mission, and Surrey.

Pauline Lamb, manager of Cottonwood 4 Cinemas in Chilliwack, says she’s been busy selling tickets for the film all week.

“I have been on the phone from 10 am to 10 pm almost every day this week selling tickets,” she told Daily Hive.

Two screenings of Unplanned have completely sold out and Lamb says two more are half full.

As for the controversy surrounding the film. Lamb says the theatre’s job is “to show movies.”

“We don’t censor films, we never have and never will. We just make them available for those who want to see them.”

Some theatres in BC have cancelled its screenings of the film. The Samar Classic Theatre in Salmon Arm will not be showing Unplanned due to alleged threats made against theatre staff, according to the Shuswap Pro-Life Society.

The Landmark Cinemas Grand 10 Kelowna has also cancelled the film. Both the Shuswap Pro-Life and the Kelowna Right to Life Societies say they will be holding private screenings of the movie.

The film has received several poor reviews from critics. The Hollywood Reporter said it “merely preaches to the choir,  Variety said it “isn’t a good movie, but it’s effective propaganda — or, at least it is if you belong to the group it’s targeting,” and Forbes said that “if you like Trump rallies especially ones featuring Mike Pence, this is probably the movie for you.”

However, audiences and supporters who watched the film have given it glowing reviews, with a 91% approval rating overall on Rotten Tomatoes.

Earlier this week, Ellis Jacob, president and CEO of Cineplex, defended the Canadian theatre’s decision to screen the film.

Jacob said after receiving many phone calls and emails over the past few weeks, making the decision to move forward with the screening was “a complicated one and it was not made easily or lightly.”

“As [the] leader of Canada’s largest film exhibition company, I am confident that it was the right decision for us, for you and for our country,” said Jacob in a public statement.

“Canada is a country that believes and rallies behind freedom of expression, but that isn’t always an easy thing to do and it certainly doesn’t always make you popular,” he continued.

“In this instance, many of us will have to set aside our own personal beliefs and remember that living in a country that censors content, opinions and points of view because they are different from our own is not a country that any of us would want to live in.”

An open letter from Cineplex CEO Ellis Jacob, on our decision to screen Unplanned. pic.twitter.com/bkA7tx2NWt

Joyce Arthur, Executive Director of the Abortion Rights Coalition of Canada, is dismayed with Cineplex’s decision to screen the film.

“It’s an irresponsible decision by Cineplex,” she told Daily Hive.

“They are using the excuse of freedom of expression and overlooking that the film spreads anti-abortion propaganda, religious-propaganda, and spreads dangerous ideas.”

Arthur says she is also concerned that the film could result in threats to sexual health centres and abortion services in the country.

“This could create a wave of hate,” she said.

In a statement on its website, ARCC says the film is a “dangerous piece of anti-abortion propaganda” that “preaches an absolutist and extreme case against abortion that has nothing to do with reality.”

“Because of the film’s demonization of abortion providers, pro-choice advocates fear that the movie could incite fanatics to commit acts of harassment or violence against clinics or doctors,” states the Coalition.

Arthur says the ARCC is not organizing any protests against the film but there could be demonstrations held by grassroots organizations across the country.