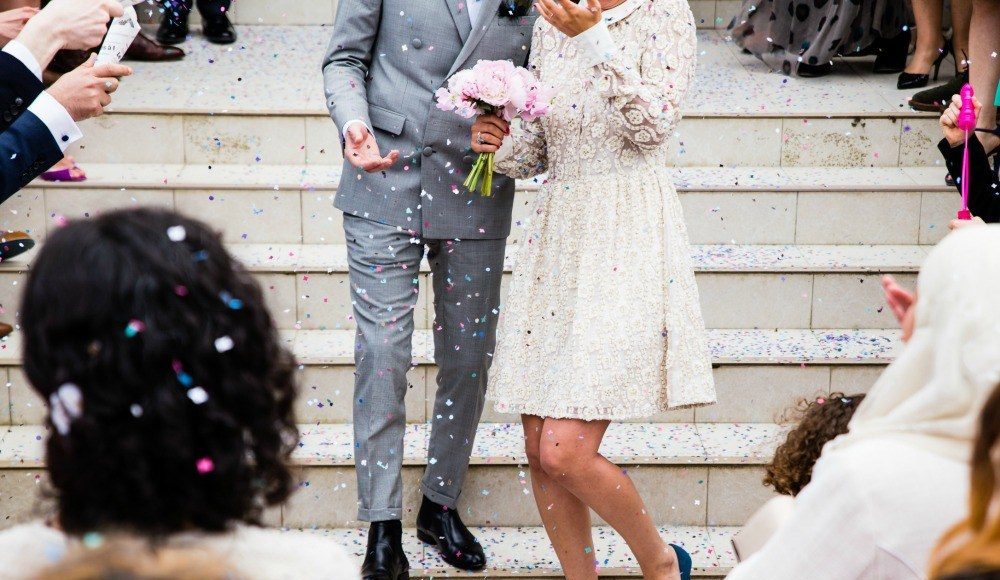 Half of Canadians think marriage is not necessary, according to the latest poll by Angus Reid.

The firm’s wide-ranging new public opinion poll established that people in this country are decidedly lukewarm on marriage.

The poll found fewer than half (47%) say it is important to them that a couple that plans to spend the rest of their lives together get legally married. Slightly more than half (53%) say “marriage is simply not necessary.”

That said, a majority are of the view that getting hitched is “a more genuine form of commitment” than living in a common-law relationship.

The poll found these Canadian views were reflected in how respondents reported their marital status.

Angus Reid said nearly three-quarters of 18-34-year-olds (73%) have never been married, and one-in-six in this group say they’re not particularly inclined to, ever. 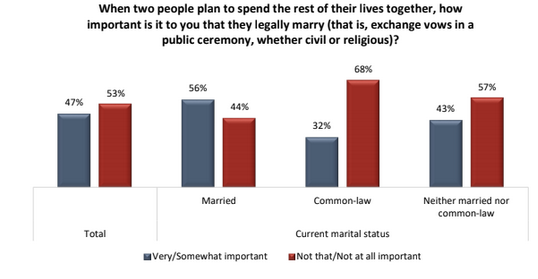 Canadians also reject the idea that a religious wedding is more ‘legitimate’ than a civil one (76% disagree with a statement to this effect), but most of those who are married did so at a religious service.

The poll also found that Canadians favour treating marriages and common-law relationships identically when it comes to taxation and assets.

According to Statistics Canada, nearly three-quarters (73%) of adults ages 25-29 reported in the 2011 census that they had never been married. Thirty years earlier, in 1981, the total was just 26%.

Marriage numbers have continuously dropped over the years… And by the sounds of it, it may continue to drop.