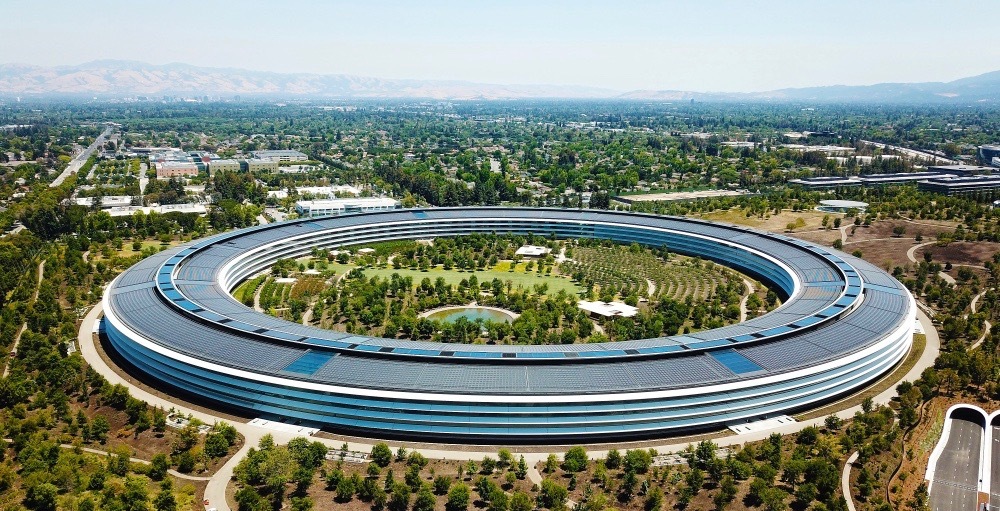 Five years ago, I was the last person I knew still using a Blackberry. (Remember BBM? Of course you don’t.) Since then, I’ve used a string of Android phones, selecting them solely on which ones I could get for free with my data plan. At home, there’s a PC I built myself to save money, and I bought my first laptop (a Lenovo) three years ago because it was on sale.

The friend who never has a Lightning Cable for you and asks to use WhatsApp when you want to FaceTime. It’s 2018, and the only Apple product I own is the iPod Classic I’ve held onto since college.

Which is why I was the perfect choice to fly down to the Apple Campus in Cupertino, California to cover the 2018 Apple Special Event. Seriously, I was likely the only one heading to this show as a blank slate.

So, after trading in my Google Pixel XL with a broken camera and busted Bluetooth for an iPhone X, I was ready to learn what billions of people have already learned: What makes Apple such a big deal? 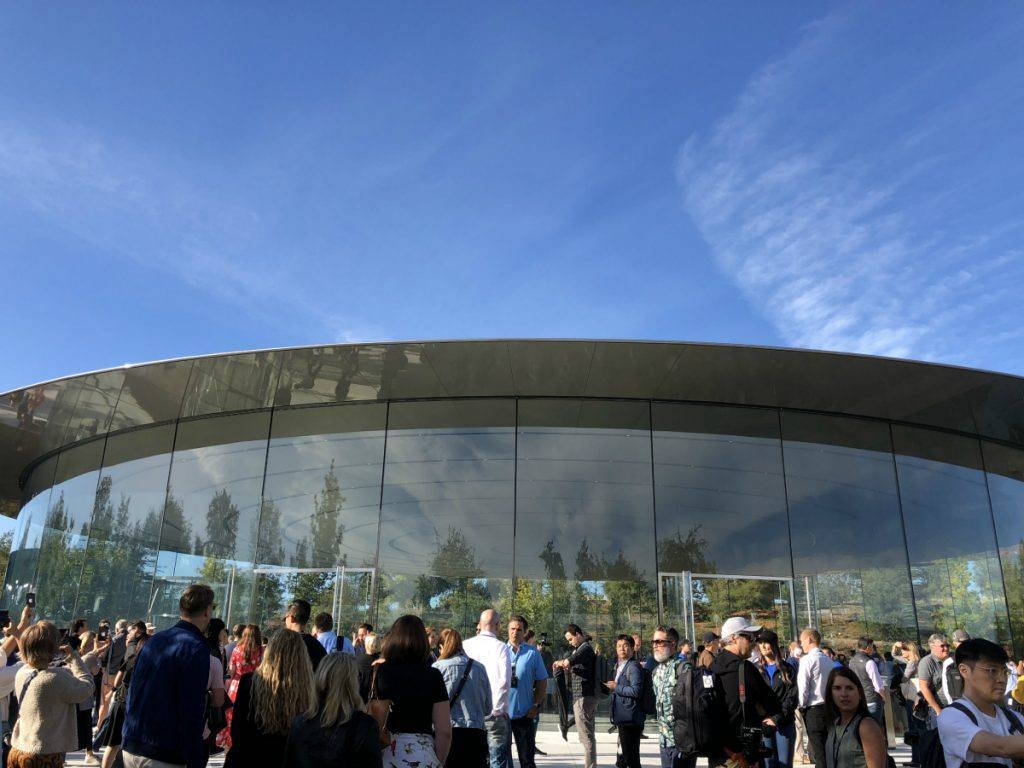 Never have I seen anything like Apple HQ in my life. I doubt anyone has. While waiting for the rest of my group to arrive at Tantau Reception, a nearby cameraman smiled and said to me, “It’s like living inside of an app.”

The best way to describe Apple’s campus at Cupertino is precise. Nothing was left to chaos or chance because that’s not how Apple does things. Every building was made entirely of curved, perfectly-clean glass and metal. Every surface seemed to be made of both wood and stone, every tree sat in its own perfectly-round enclosure of grass, spaced out perfectly-far-away-enough from its siblings.

A helpful Apple employee (spoiler: they were all smiling, helpful, and literally cheered and gave us high fives when we arrived) told me that every tree on campus was transported from local California farms at the request of Steve Jobs. In fact, there are 37 kinds of fruit trees on the Apple Park grounds that get harvested in two-week cycles depending on which one is in season.

So if you ever wondered if the minds at Apple put the same extraordinary amount of curation and care into their workspace that they do into their products, locally-sourced fruit trees can serve as your answer.

The winding garden path from reception to the Steve Jobs Theatre only takes a few minutes, and in between the rolling hills and perfectly-maintained flora, you can see the unbroken white ring of buildings that make up the Apple HQ itself. It looks like a mix of a spaceship and The Wall from Game of Thrones. The road around Apple Park is fittingly called Infinite Loop, and as an iPad-assisted virtual tour of the grounds would later show me, inside the loop is an employee garden, complete with a lake.

So, Apple employees work in a spaceship and get their own lake. Good to know. 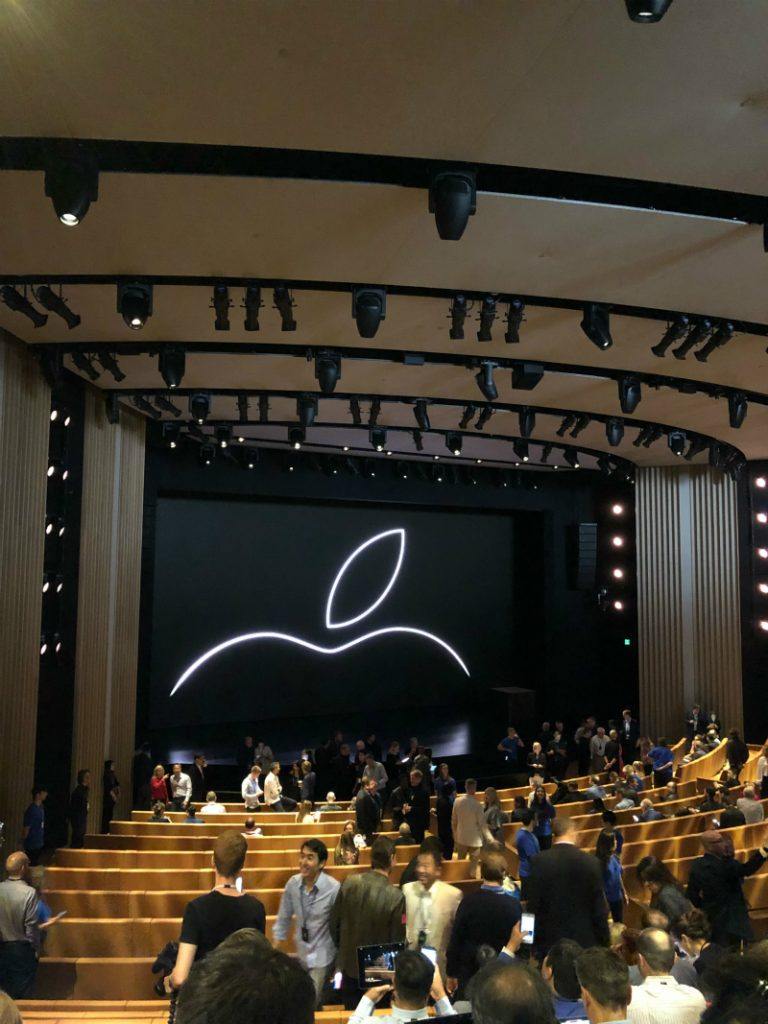 Steve Jobs Theatre holds 1,000 people, and by the time the house lights were dimmed, there wasn’t an empty seat in the house. As I made my way to my seat, I picked up at least 15 different languages being spoken by various reporters in the room with me. Later, I was told that at least 100 different countries were represented at the event.

The universal relevance of Apple as a company hit me right then. People who use their products share something with each other, an immediate touchpoint with a stranger no matter where you go in the world. I’ve never really felt that way about my technology before.

Once CEO Tim Cook hit the stage to a round of applause, I’ll be honest, most of what was presented at the event was lost on me. The presentations were charismatic, extremely well put-together, and had plenty of helpful visual demonstrations for people who needed them (like me). But at this point in its history, after 13 years of special events, it felt like arriving late to a party or tuning into a new show during the season finale.

Phrases like “Super Retina Display” and “Dual SIM” received lengthy rounds of applause; the announcement that the Apple Watch Series 4 could now detect when its wearer had fallen down basically resulted in a standing ovation. In just under two hours, a new Apple Watch and three new iPhones had been revealed to the world, and it was time to test them out. 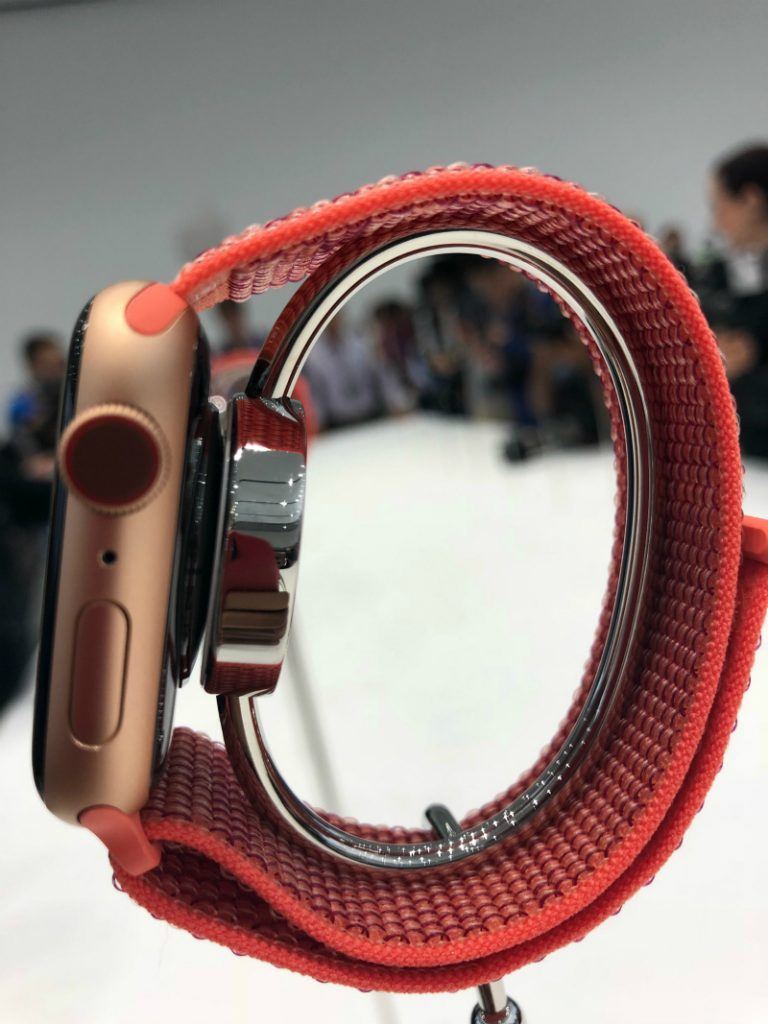 As I stood in line to try out these brand-new devices, I heard people sharing their stories and histories with their Apple devices. How one YouTuber has waited in line for every iPhone launch since the iPhone 3, how another person has a different Apple Watch band for each of their favourite outfits.

And that’s when my second revelation of the day hit me: People hang on every word about the new devices because they genuinely care about what happens next. I have little investment in my phone and have rarely even owned one from the same company twice. But the features in the next iPhone might be quality-of-life updates that fans have been requesting for years, and their inclusion shows that Apple was listening to them all along. How can you not get excited when something you love and use every day promises to get even better? 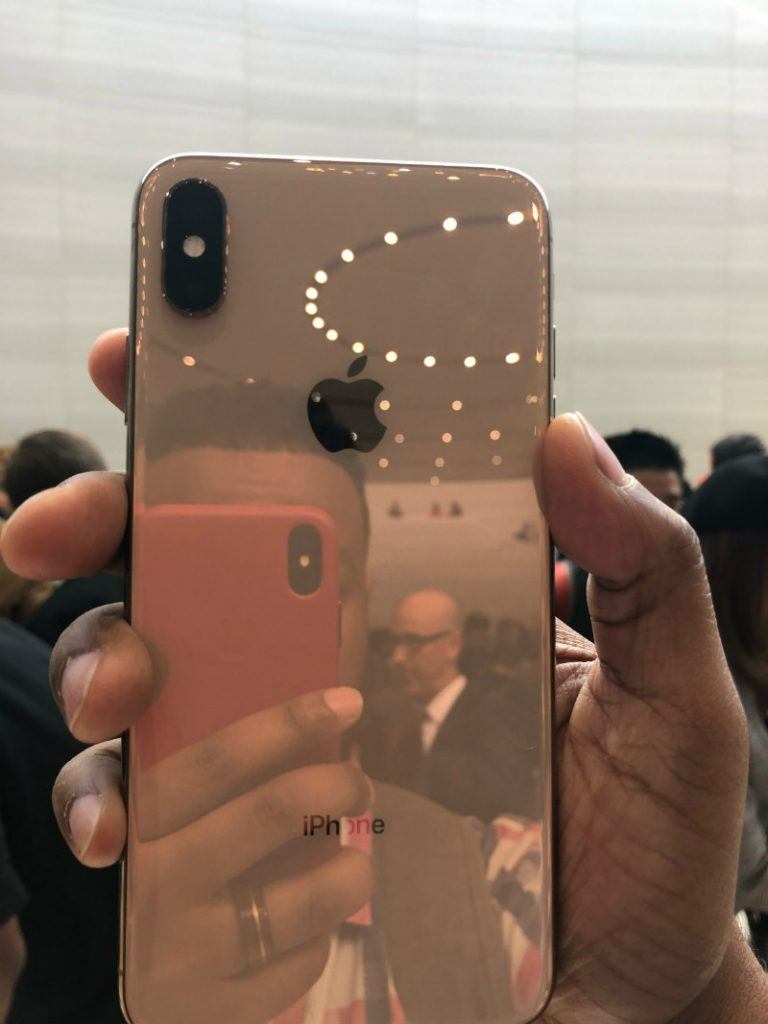 The biggest question I’ve been asked during my few days using an iPhone for the first time and constantly during my trip to San Jose has been whether or not I’ve “converted” to Apple. For me, it’s been a learning experience. It’s easy to see Apple as a home for hypebeasts, a glossy perfection machine that is interchangeable with any other tech company fighting for market share.

But as someone who has his own share of lifelong loyalties (my family, Nintendo, Kraft Dinner), I understand that the level of passion and personality that people imbue in their Apple devices has to be earned, it can’t be faked or bought. Everyone I know who loves Apple has a story that brought them to that feeling. More often than not, it involves an iPhone or a Macbook holding out on them when everything else in their life was breaking down.

It’s hard to make a rectangle of glass and metal feel warm and familiar, but Apple has done that for over a decade. The Apple Event is a testament to that.

As for me, I’m in no rush to go back home and pull my old phone out of my desk drawer. I’m feeling way more attached to Siri than I ever felt about the nameless Google Assistant, and I might even have my first-ever FaceTime soon.

While not quite a full convert yet, it’s safe to say that I am starting to care for the first time.