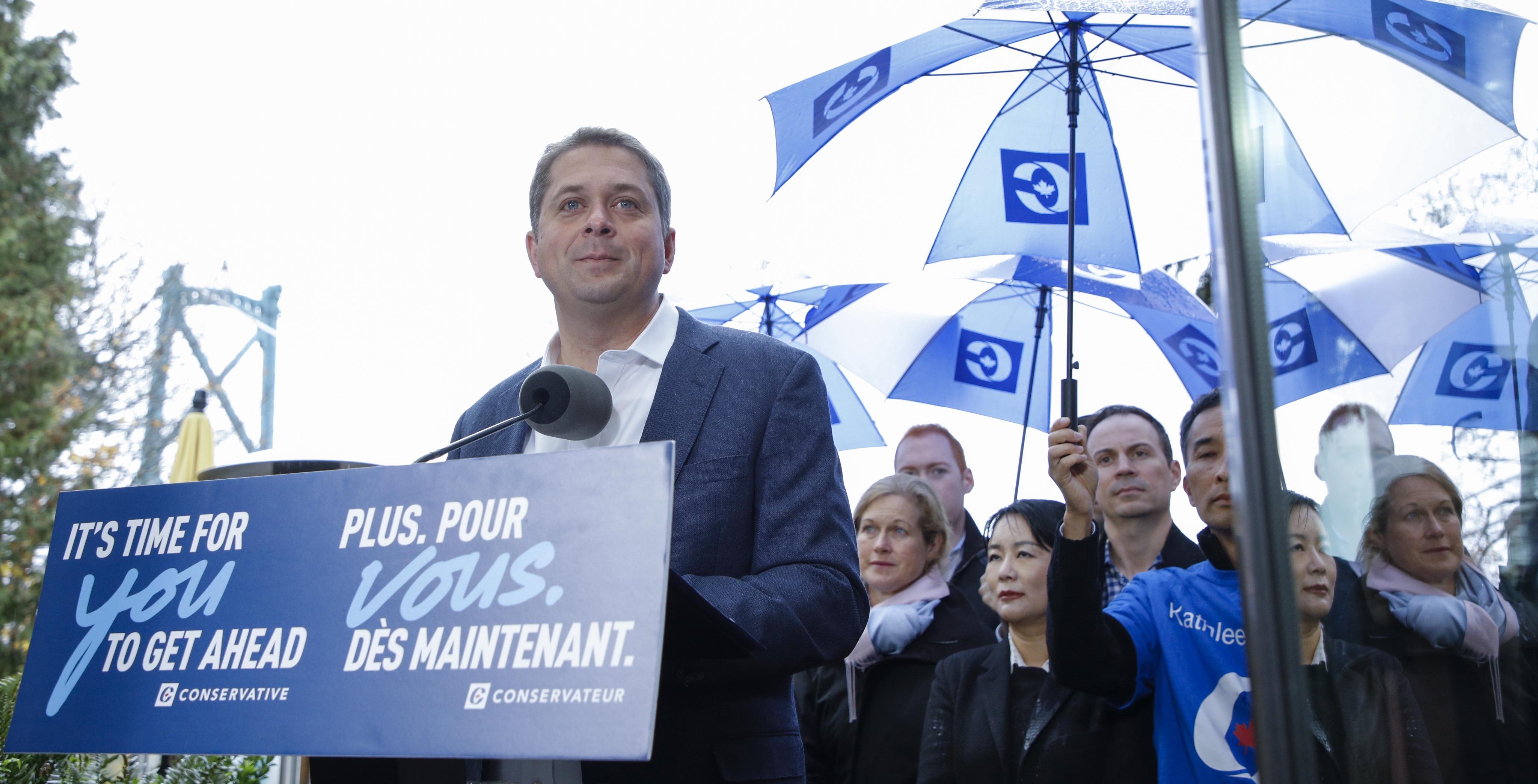 What he wanted to talk to them about was how he’ll make their lives more affordable, and why the Liberals have lost what he called the “moral authority” to govern.

But what Canadians also learned about him and his party over the last 39 days didn’t always reflect that goal. Debates about his socially conservative beliefs, the holes in his personal and professional resume, his candidates with controversial positions, and his statements about opponents that had no basis in fact all clouded his central campaign theme.

He alluded to that Sunday, telling a crowd in the riding of Surrey-Newton that while the Conservatives sometimes have trouble getting their message out, they have what others lack: ethics.

And what he wants Canadians to remember is this, he’d said earlier in the day: he ran a positive campaign.

“It’s been a campaign of hope and a message of brighter days ahead with a new Conservative government that will live within its means and put more money in your pocket so you can get ahead.”

Whether that message will win him the majority government he’s after might not be known until hours after the polls close Monday. As Scheer noted in campaigning throughout Vancouver, it’s likely to be a tight race.

But even as he urged everyone to stay positive at a stop in West Vancouver, he also took repeated jabs at his rivals, framing what he said was the question of the campaign: do Canadians want a majority Conservative government or a Liberal-NDP coalition?

“The choice is clear: an NDP government wearing a Justin Trudeau mask that will raise taxes, kill jobs, damage our economy and take more money out of your pockets,” he said. “And a Conservative majority government that will live within its means and put more money in your pockets so you can get ahead.”

For the last week of the campaign, Scheer travelled from coast to coast laying out which of his pledges he’d move on right away, calling it a “first 100 days” plan.

It was a perfect move, said Quebec candidate Gerard Deltell, who is running for re-election after being one of the party’s star recruits in the 2015 election.

“We were able to say to the people: we will govern, we are ready to govern, we have a plan, a definitive plan,” he said earlier this week after Scheer’s final rally in the province.

Scheer’s campaign in Quebec took on a different flavour from elsewhere in the country – he had a platform for the province specifically.

But the gains the Conservatives need there, if they’re to win a majority, are hampered by Scheer’s own anti-abortion stance and the resurgence of the Bloc Quebecois.

Its leader, Yves-Francois Blanchet, has gone after Scheer’s promise to build an “energy corridor” that would take gas east and hydroelectricity west, saying Quebecers will not give licence for pipeline projects through their province.

Scheer struck back against him on Sunday, saying Blanchet would do nothing for Quebecers except try to advance a referendum on sovereignty that nobody wants.

Within the first 100 days, Scheer said he would focus on five things: a task force on corporate welfare, passing a fiscal update that would incorporate some of his tax credits, meeting with premiers on interprovincial trade, introducing new ethics laws, and axing the carbon tax.

Scheer also said he has been transparent during the campaign by taking questions daily from reporters, and is vowing to maintain that openness if elected to govern.

Several times in the last week, there was a hint of his approach.

At a rally in Richmond Hill, outside Toronto, on Saturday night, Scheer energetically denounced Trudeau’s record on ethics and promised a Conservative government would investigate. “Lock him up, lock him up,” came the cry from the crowd, a chant drawn from the last US presidential election, in which supporters of Donald Trump regularly called for Democratic nominee Hillary Clinton to be jailed.

Scheer moved to calm the crowd, pivoting the chant to “vote him out, vote him out.”

“Of course we believe in civility, and proper decorum and treating people with respect,” Scheer said Sunday.

But when it comes to how he’ll respond to the results of Monday’s vote, it’s not clear. Scheer insists the party that wins the most seats gets to govern. That’s often the practice but it’s not a hard rule in Canada’s parliamentary system.

Scheer has declined to discuss in detail the hypotheticals around the outcome of Monday’s vote, saying Sunday he remains focused on earning a majority.

His campaign hit several key ridings in the Vancouver area on Sunday, including Vancouver Granville.

The Conservatives nearly tied the NDP for second there in 2015, but now there’s a twist: high-profile Independent candidate Jody Wilson-Raybould.

As the former Liberal attorney general, it was her assertion – eventually backed by the ethics commissioner – that Trudeau improperly pressured her to intervene in the criminal prosecution of SNC Lavalin. The subsequent scandal helped the Conservatives climb in the polls.

Scheer didn’t mention Wilson-Raybould or the SNC-Lavalin matter in his brief remarks to campaign workers.

“This election is going to be so, so close, we need to win ridings all across this country,” he said. “But we are going to surprise people.”