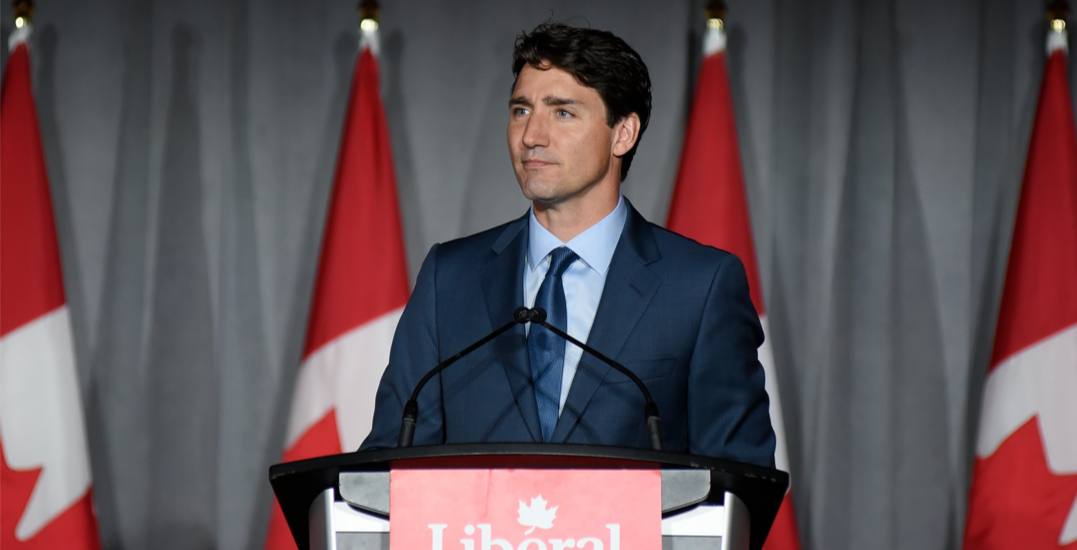 The Conservatives are running one of the dirtiest, nastiest election campaigns Canadians have ever seen, Justin Trudeau said Wednesday as he suggested that a Liberal government would be open to greater restrictions for third-party election advertising.

“We are, I think, all of us as Canadians, a little saddened to see the polarizing, negative nature of the campaign being run by some of our opponents, which is directly imported from the challenging electoral situations we see in fellow democracies around
the world,” Trudeau said at a campaign stop in Montreal.

“Canadians need to stay strong and yes, we need to continue to develop the right tools that both protect freedom of expression and ensure that Canadians can make informed choices in election times.”

The Liberal leader was responding to a question about whether a re-elected Liberal government would further strengthen the rules for third-party advertising groups, which must register with Elections Canada and disclose how they are spending money on partisan activity and where they raised the funds.

The Manning Centre has turned out to be a driving financial force behind a network of anti-Liberal Facebook pages pumping out political messaging and memes during the federal election campaign this fall.

The organization, launched in 2005 by the founder of the Reform party, Preston Manning, gave a total of $312,450 to a network of related third-party advertising groups that operate on Facebook and Instagram.

The Manning Centre was the sole donor listed by many of those groups, according to disclosure forms filed with Elections Canada.

The Globe and Mail reported on Tuesday that the Manning Centre had raised the money that it passed along to the third-party groups, but that it would not disclose the donors.

Elections Canada says that is not against the rules.

Originally asked about what he thought of the Manning Centre being involved in the anti-Liberal ads, Trudeau unleashed a tirade against the Conservatives, arguing they have crossed a line in their campaign to convince Canadians to choose them in the Oct. 21 vote.

“We know that the Conservative party is running one of the dirtiest, nastiest campaigns based on disinformation that we’ve ever seen in this country,” Trudeau said.

“And it’s no surprise that they don’t want to share whose deep pockets are funding their attacks on Canadians, on other parties, and on the most important fight of our generation, the fight against climate change.”

Over the weekend, a security threat forced Trudeau to wear a bulletproof vest at an event, and the next day he lamented the divisive nature of the campaign.

He said the Conservatives are adopting the politics of fear and negativity, though he did not blame them for the security threat.

Gerry Butts, a top aide and close friend of Trudeau’s, was criticized on social media this week after for comments about a Conservative ad, which depicted Conservative Leader Andrew Scheer shaking hands with a man wearing a yellow construction vest.

“Well, this is subtle. Sometimes a yellow vest is just a yellow vest?” Butts, who was principal secretary to Trudeau before he resigned as part of the SNC-Lavalin affair, tweeted Monday.

The Canadian version of the so-called yellow vest movement around the world has seen protesters showing up at events over the past year with varying agendas, including support for pipelines or opposition to a non-binding United Nations compact on global migration.

Some of those involved have also adopted a more clearly racist tone, with its Facebook page having included comments from people celebrating the attack on mosques in New Zealand.

Asked Wednesday whether he agreed with Butts that the Conservative ad was intended as a dog whistle to the yellow-vest protesters, Trudeau expressed support for construction workers before once again taking aim at the Scheer campaign.

“I have spent a lot of time in this campaign shaking hands with many, many people, including a lot of hard-working Canadians wearing construction gear, and I know how hard Canadians work day in and day out to build this country,” Trudeau said.

“We also know that Andrew Scheer and the Conservatives are choosing to play very divisive games and to use the politics of fear and division to try and get Canadians to vote for them,” he said.

“I think Conservatives need to continue to be called out on the nasty, negative campaign that they are running, because Canadians deserve better.”

Trudeau was spending the day campaigning in Quebec, making a specific appeal to potential Bloc Quebecois voters, saying the Liberals stand up for the values people in that province hold.