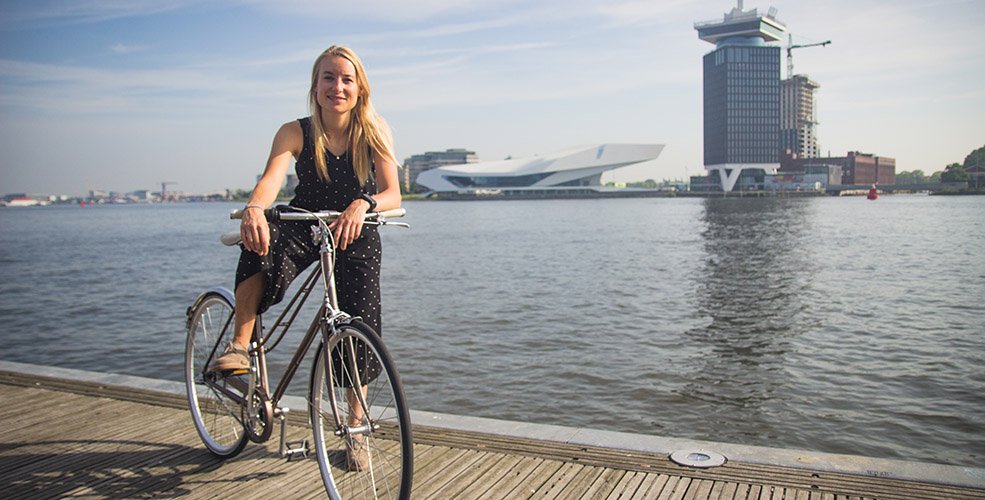 When most people think of Amsterdam, almost immediately bicycles come to mind – lots of them.

While many assume it was always a bicycle utopia, experts like to remind us that it was – in fact – the result of decades of persistent, radical action. Nowadays, 63% of its residents use their bicycle on a daily basis, while their city regularly competes with Copenhagen for title of the most bike-friendly in the world.

So it seemed strange when we heard about Amsterdam’s newly elected ‘Bicycle Mayor’, a brand-new initiative by local not-for-profit CycleSpace, who were founded by social entrepreneur (and former Vancouverite) Lee Feldman. Why would a city lauded for its cycling vision and leadership need someone to champion its cause?

As it turns out, even Amsterdam isn’t perfect for cycling. Perhaps part of the reason is that riding a bike is just a part of everyday life in the city, and as such, some issues facing this particular mode of transportation aren’t always highlighted for their importance, because most people just “make do,” without complaining about them. 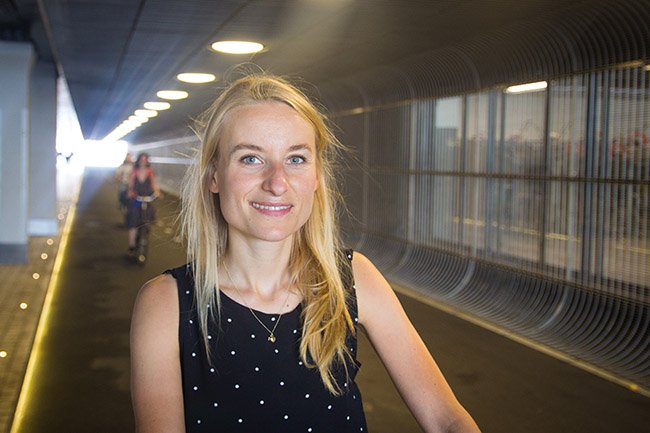 Anna Luten is like most in The Netherlands. She has been riding a bike since she can remember, and developed a passion for racing them in her early twenties. This is what eventually brought her to her current full-time position with Giant Bicycles, where her enthusiasm is focused on marketing the Liv line of women’s bikes.

When she first heard of CycleSpace’s Bicycle Mayor Program, she instantly thought, “This is perfect for me!” Luten sees the position as a rare opportunity to start initiating those important conversations about how bicycles can help create healthier, happier, more positive cities – even in the bicycle utopia of Amsterdam.

“In the role as Bicycle Mayor I can do something with my energy and passion about cycling by building bridges between city council, urban planners, engineers, designers, businesses, venues, promoters, activists, residents, and tourists,” she says. “We must understand what’s happening in our cities before posing solutions.” 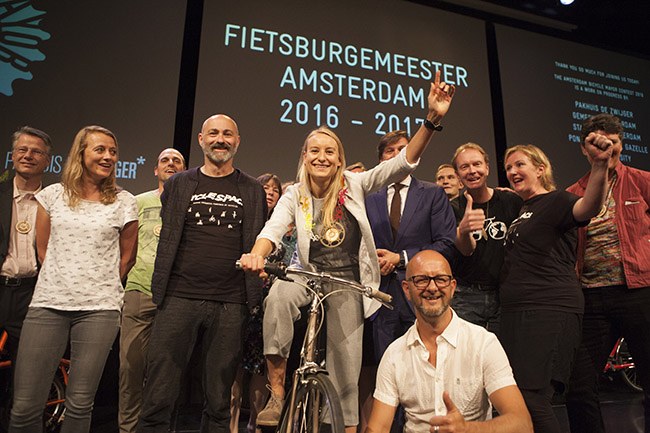 Now into just her third week in the voluntary role, Luten is finding that despite her desire to hear everyone’s concerns, and help them all in whatever way she can, her task is to stay focused and set up a structure that remains long past her own term.

Luten is focusing on organizing events that bring people of all ages and positions together, and sees her part as a chance to make the connection between the average citizen and city officials and engineers. With no political affiliations, she is not bound by party platforms and promises, something she views as a distinct advantage.

“I’m independent, and that’s really important,” Luten says. “I try to look at both sides of an issue or need, and how to think of the best solution to make all parties happy.” 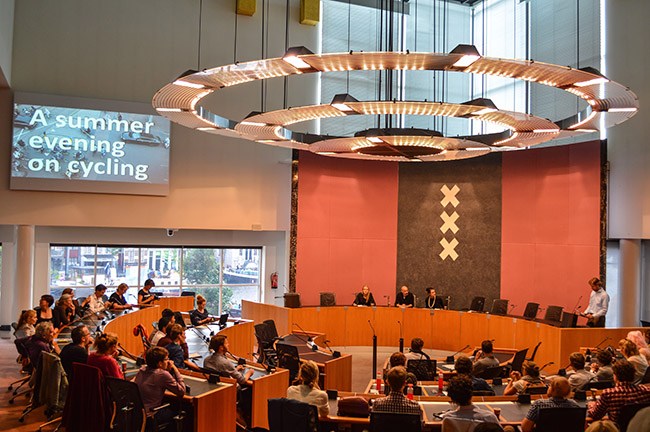 Aside from meeting with directors of the Amsterdam and Dutch Bicycle Associations, Luten has had the opportunity to speak with urban planners, the City of Amsterdam’s marketing team, and the CEOs of prominent businesses. Of course, she also regularly speaks with Amsterdammers themselves – everyone who has a stake in how they move forward with building their (already amazing) bike culture.

Luten, and CycleSpace, are also looking at ways to spread the program to more cities around the world.

“We want to start the program in other cities, and are working on a structure that makes it easier for them to duplicate and elect their own Bicycle Mayor,” says Luten. 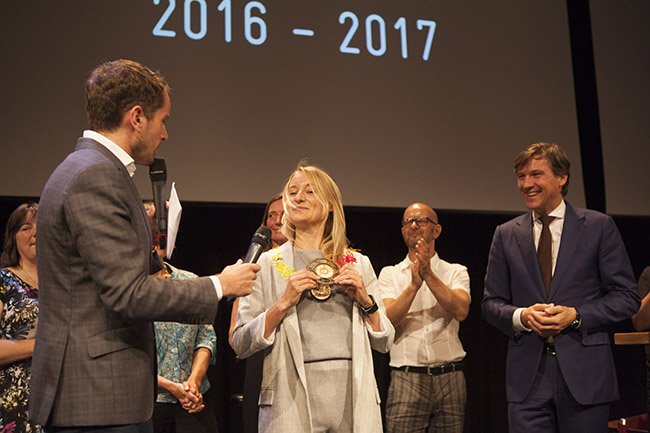 As an extension of that growth, they also see the opportunity for partnership and collaboration. The team is currently working on a plan to organize a Bicycle Mayors Summit, bringing together individuals from different cities to come up with solutions to many of their concerns and challenges – often very similar in nature.

When asked what advice she would pass along to any other city thinking about electing their own Bicycle Mayor, Luten was very clear: “Start connecting with those in your city who are in line with you, and find a way to cooperate. Start small and inspire others, join with them and grow bigger, and find ways to sit down with decision makers and help them experience how cycling is a good tool for mobility.”

“Always think of the possibilities and never stop dreaming; I believe every city can be a bicycle-friendly city,” suggests Luten.